Here are Some Pressure Cooker Alternatives

A pressure cooker is an airtight pot that cooks food quickly under steam pressure. Pressure cookers are extremely versatile.

They are great for cooking tough cuts of meat and make delicious stews. They are also effective in cooking legumes that usually have a long cooking time, including beans, lentils, chickpeas, and soybeans.

The first alternative to a pressure cooker is the crockpot, also known as a slow cooker. This is a countertop electrical cooking appliance that is used for cooking food at very low temperatures.

The food simmers in the slow cooker for hours, often over the course of an entire day or night.

While a slow cooker cooks food in an opposite way to a pressure cooker, the results can be similar. Both are excellent for making stews and casseroles.

Slow cookers are very convenient. You can throw all the ingredients for a recipe into the slow cooker in the morning before work and come home to a delicious meal.

Alternatively, you can put oats in the slow cooker before you go to bed and wake up to a delicious pot of porridge.

Please make sure you add plenty of water to the slow cooker so that it does not run out of water and burn on the bottom while you are away from home.

Despite the lengthy cooking time, a slow cooker does not destroy nutrients or flavor.

In fact, the low temperatures at which slow cookers operate may help preserve nutrients that can be lost when food is cooked quickly at high heat.

Since pressure cookers are often used to speed up cooking time, the microwave is an excellent alternative. Microwaves can even cook food from frozen.

Microwaves have a range of functions, which you can use to defrost, cook, and even brown food.

You can use a microwave to steam vegetables. Place your vegetable of choice in a bowl, add a small amount of water, and press “start.”

You may have heard people say that you shouldn’t cook in a microwave because it destroys nutrients. This is a common myth. All cooking methods destroy some nutrients in the food.

The temperature at which the food is cooked, the cooking time, and the amount of water used influence how many nutrients are destroyed.

Since microwaves cook at relatively low temperatures compared to pressure cookers and cooking time is low, they do not destroy many nutrients compared to other cooking methods.

A pressure cooker works by using high-pressure steam to create heat. You can still cook with steam that is not pressurized.

You can create a steamer by placing a saucepan over a pot of boiling water on the hob.

Alternatively, you can purchase a steamer. These are self-contained units that are suitable for cooking rice, meat, and vegetables.

Steaming food has many benefits. Steaming food preserves nutrients, avoids the unhealthy use of oil, and creates few dishes.

Steaming meats, such as fish and chicken, dissolves the fat, creating a low-calorie meal.

The downside is that the uses are fairly limited, and it is not as easy to use as a pressure cooker. A hob steamer, for example, requires a pan of boiling water and cannot be left unsupervised.

4. Cooking on the hob or in the oven

If you prefer traditional cooking methods, you can cook on the hob or in the oven. Cooking meals in this fashion generally takes longer than using a pressure cooker.

You can cook many dishes on the hob or in the oven. These include stews and casseroles. The oven is great for roasting meat, and the hob is preferable for frying or sautéing.

While the crock-pot, microwave, steamer, hob, and oven are all alternatives to the pressure cooker, none of these quite match up to it.

Since the pressure cooker is a sealed unit, it retains vitamins and nutrients that are sometimes lost during the cooking process.

Let us know in the comments below which piece of cooking equipment is your favorite and what you cook in it. 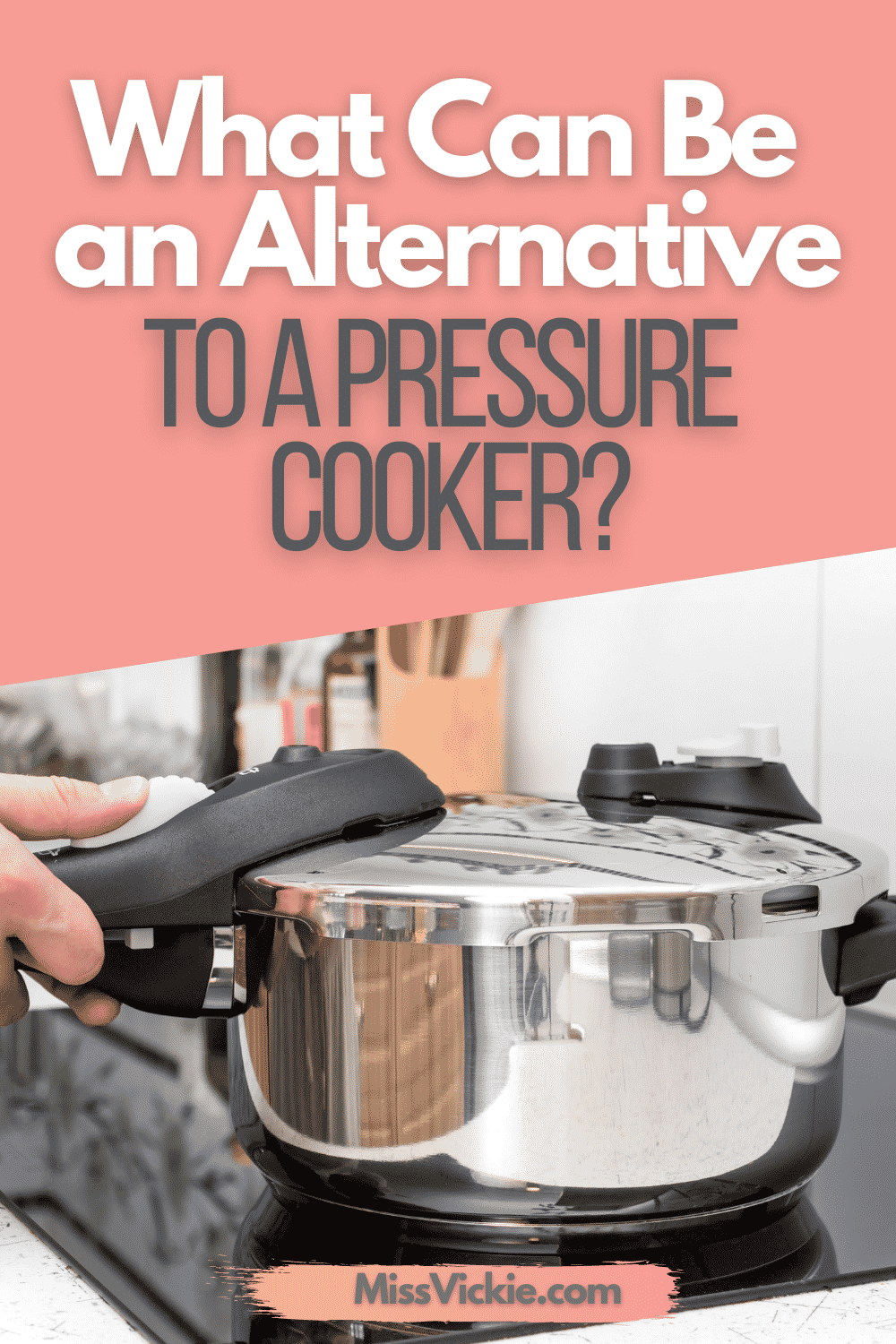