Both slow cookers and pressure cookers are wonderful gadgets for any home cook looking for expedient, hands-off cooking, especially for super busy cooks. Both slow cookers and pressure cookers handle all the heavy lifting when dealing with cooking techniques that are designed to take time such as braising, as well as for stewing tough cuts of meats and hard to prepare veggies such as beans, and more.

Although pressure cookers may look similar, they are actually quite different in the tasks they perform and in the mechanisms that allow them to function. While both appliances can make a world of difference when you need to prepare healthy and delicious meals, there are differences that are worth noting.

The differences between a pressure cooker and slow cooker

Pressure cooking is the number one method preferred for cooking food quickly and efficiently. Not only does pressure cooking allows cooks to prepare food 70% times faster compared to other cooking techniques such as stovetop cooking, but it also allows the preparation of a host of dishes including homemade bread and desserts.

Slow cookers, on the other hand, are designed for slow cooking, which is the complete opposite of what a pressure cooker is designed to do. Rather than rely on the high heat-pressure environment to prepare food, slow cookers rely on slow, low heat to prepare food over a couple of hours during the course of the day. As such, if you are busy, you can simply load your pressure cooker and return to it once the food inside it is ready.

What should you get? A pressure cooker vs a slow cooker?

Your decision of whether you should purchase a pressure cooker or a slow cooker should be based entirely on your preference and how you intend to use the appliances. If you want a device that can cook multi-meals and do it quickly and efficiently, then you should definitely invest in a pressure cooker over a slow one. However, if you like to take your time when preparing food, then a slow cooker would make a lot more sense for your situation. 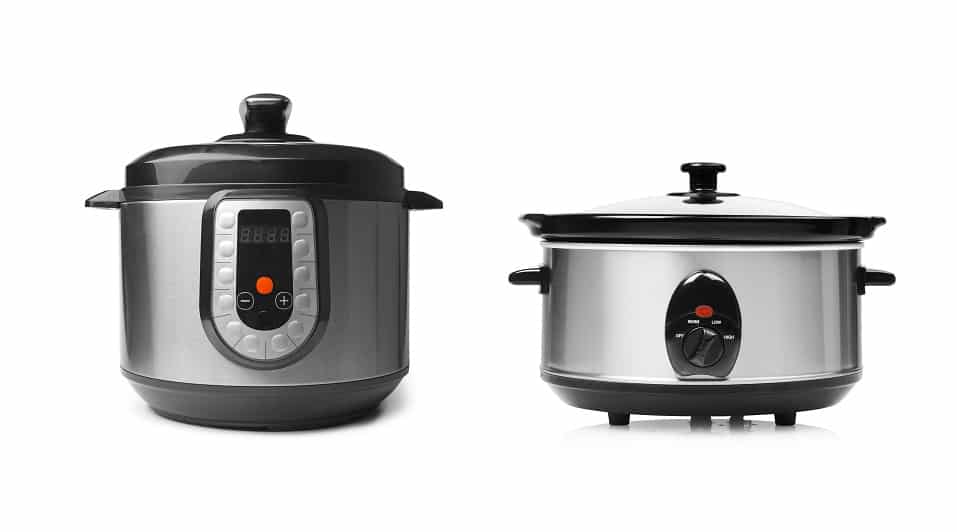