Lots of people have complained about their pork smelling like rotten eggs after a while, especially if the pork is store-bought. There is a common reason behind this smell which is why so many people tend to face the issue. If you’re one of the many people wondering how this egg-like smell has ended up in your pork, we’re here to help you out. Take a look below to see our explanation of how and why pork starts to smell like rotten eggs at times and how you can get rid of the said smell.

The main thing that you’ll notice about this issue is that it mainly only occurs in store-bought pork. This isn’t a coincidence, as there is a good reason as to why this is the case. Stores tend to store meat in cryovac, which is a type of packaging that is great at preserving meat. This packaging is pretty much the exact reason why your pork might smell like eggs at times. To be more specific, the cryovac completely locks out all oxygen from the packaging of the pork. This complete lack of oxygen mixed with the cryovac packaging causes the meet to develop a sulfur-like smell.

Rotten eggs also smell a lot like sulfur, which is why a lot of people think that the pork has developed an egg-like stench. In reality, it is just the smell of sulfur that you should be able to easily get rid of. All you have to do is properly rinse the pork or any other meat that has developed this smell and leave it out. Doing so for the right amount of time should be more than enough to get rid of the egg-like smell and get rid of your problem.

Is it Safe to Eat this Pork?

The smell of eggs coming from the pork might not go away in some cases. This usually happens when the pork has been inside the cryovac packaging for too long, giving the smell to also become part of the taste. Even rinsing and leaving the pork out won’t be enough at times in this case. You might think that you’ll have to throw the meat out once this happens, but that definitely isn’t the case. The egg-like smell which has also become a part of the pork’s taste mainly doesn’t have many negative effects.

As long as the pork has been inside the packaging for a couple of weeks, this is to be expected. You should be able to eat this pork with the only downside being the change in taste. However, if the pork was freshly packed and still has this stench you should consider replacing it. You don’t need to throw out the pork in any case regarding the egg-like smell at all. This is because you’ll be able to easily get it exchanged for another pack if it was store-bought. 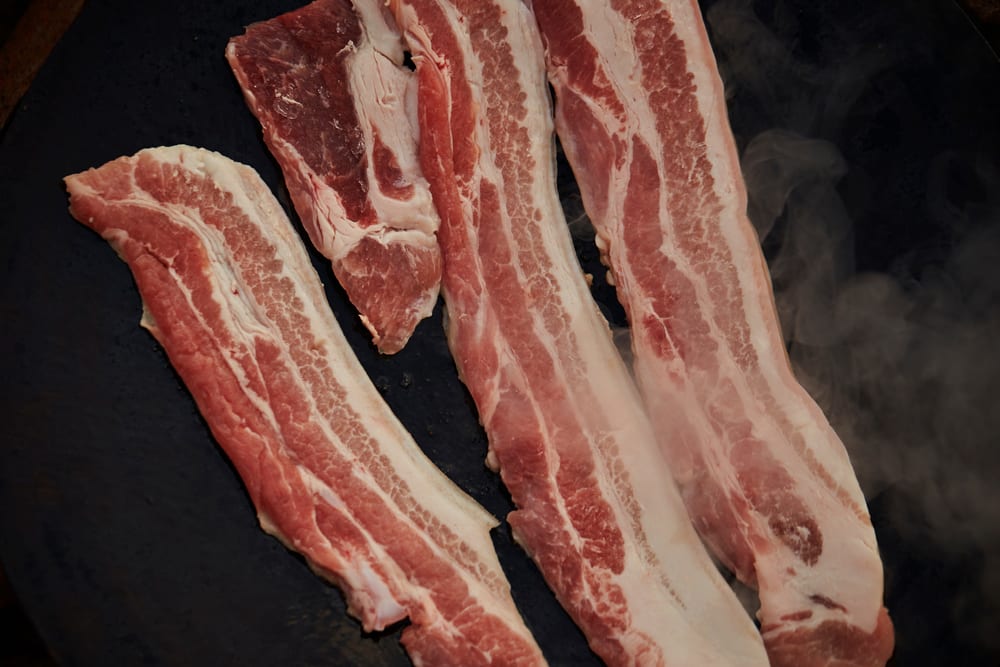