If you’re planning to make bolognese sauce, then you must make sure to pair it with the right type of pasta.

There are hundreds of pasta varieties and shapes out there but picking the ones that go perfectly with your choice of sauce is imperative.

According to renowned food expert, Jane de Graaf, spaghetti isn’t actually the best type of pasta for bolognese. Surprising, is it not?

In this guide, we will take a look at the 10 best types of pasta to serve with bolognese. There’s also a fantastic alternative for spaghetti lovers coming up. 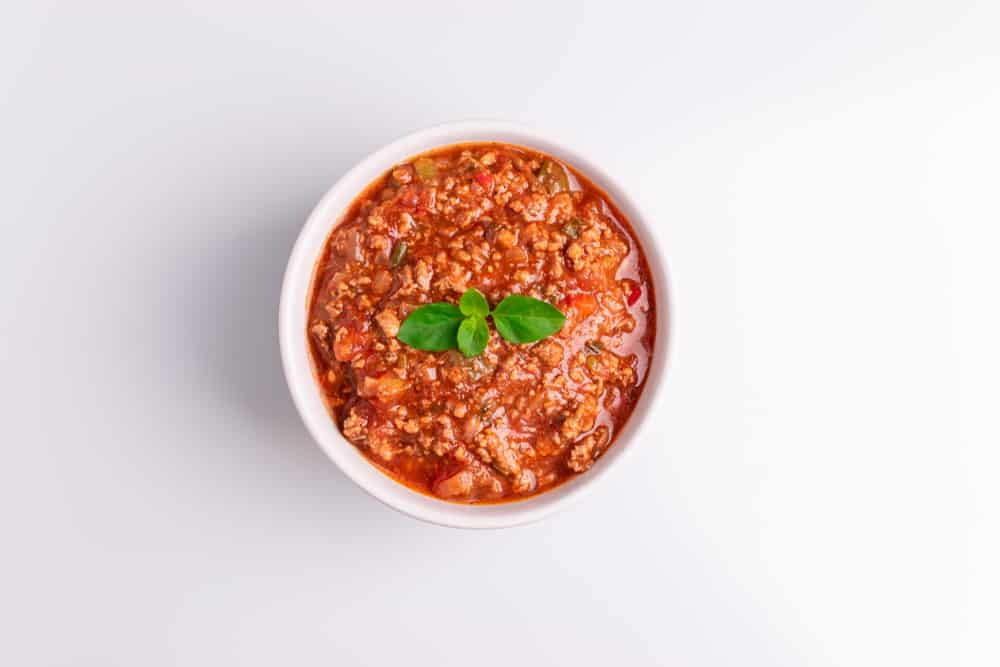 Expert cooking insight reveals that spaghetti stands are actually too thin for the thick bolognese sauce.

Chunky, more concentrated, and meaty sauces are best served with thicker, heavier pasta types that allow the pasta to collect and soak in more sauce.

As a general rule of thumb, the thicker the sauce, the thicker the pasta should be. It is highly recommended to use longer ribbon varieties of pasta like fettuccine, tagliatelle, pappardelle, and rigatoni.

Let’s take a close look at these four best pasta types for bolognese, as well as a few other worthy alternatives.

The Best Pasta Types For Bolognese

There are lots of types of pasta that sauce adheres to well. Here’s a look at the ten very best varieties of pasta for bolognese and other creamy, dense or meaty sauces. 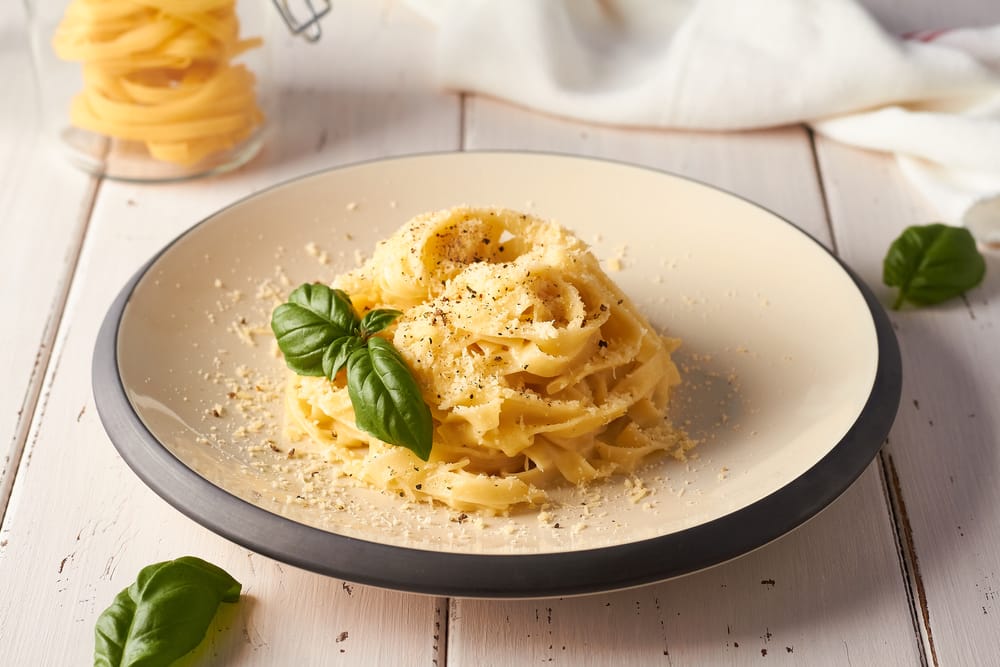 Fettuccine, also known as ‘little ribbons’ in Italian, is a flat pasta type popular in Tuscan and Roman cuisine. It’s arguably the best pasta type for bolognese for those who prefer longer pasta.

Made from egg and flour, the tastiest fettuccine is made fresh. The long narrow, flat ribbons are ideal for thicker sauces like bolognese and ragu. Expect pasta that’s around a quart inch thick and half an inch wide.

Look for fettuce or fettuccelle if you’d prefer a narrower version of fettuccine. A classic pairing is fettuccine served with alfredo sauce but you’ll be blown away by the results when making bolognese as well.

Give it a try. You won’t regret it! 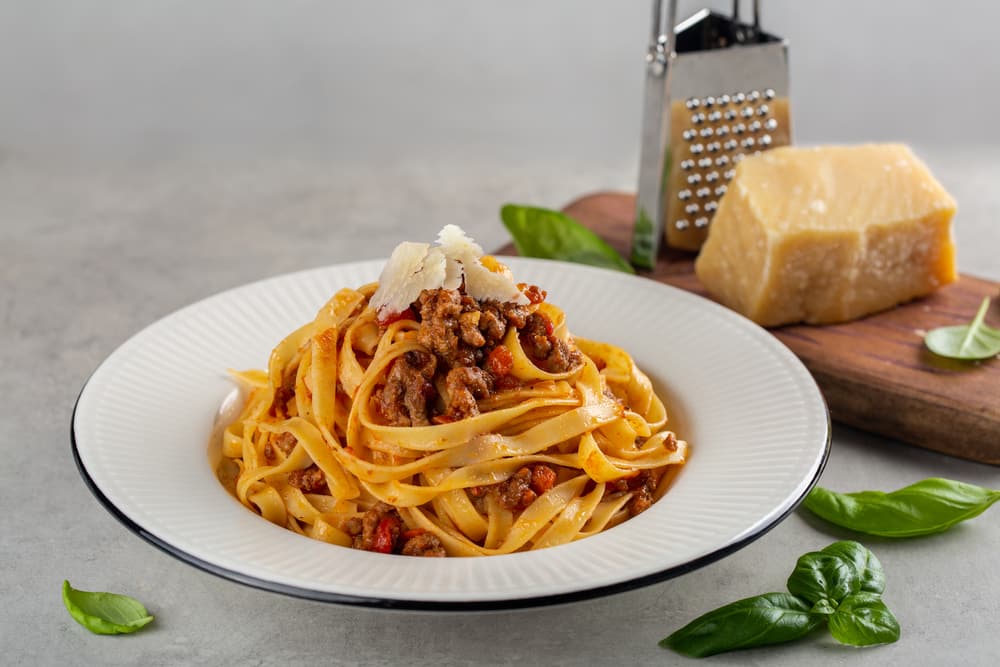 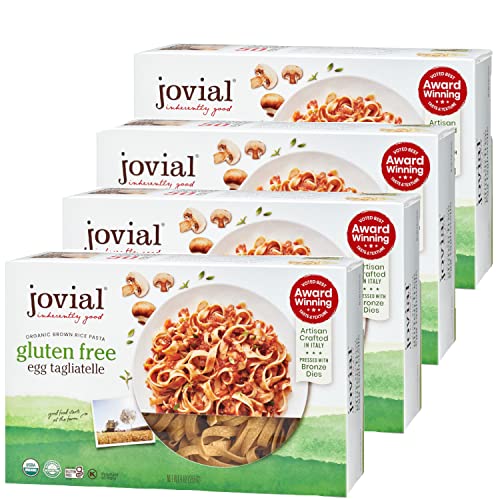 Fettuccine and tagliatelle are often confused, however, tagliatelle is a rolled flat pasta noodle whereas fettuccine is slightly thinner.

Many chefs consider tagliatelle to be the only ‘correct’ type of pasta for bolognese sauce or ragu. This egg pasta comes as very flat ribbons that are roughly a quarter of an inch wide on average.

The rough texture is ideal for thick, meaty sauces. As always, the best tagliatelle is made fresh but if you don’t have the time or pasta maker, most stores have steady availability of tagliatelle nests. 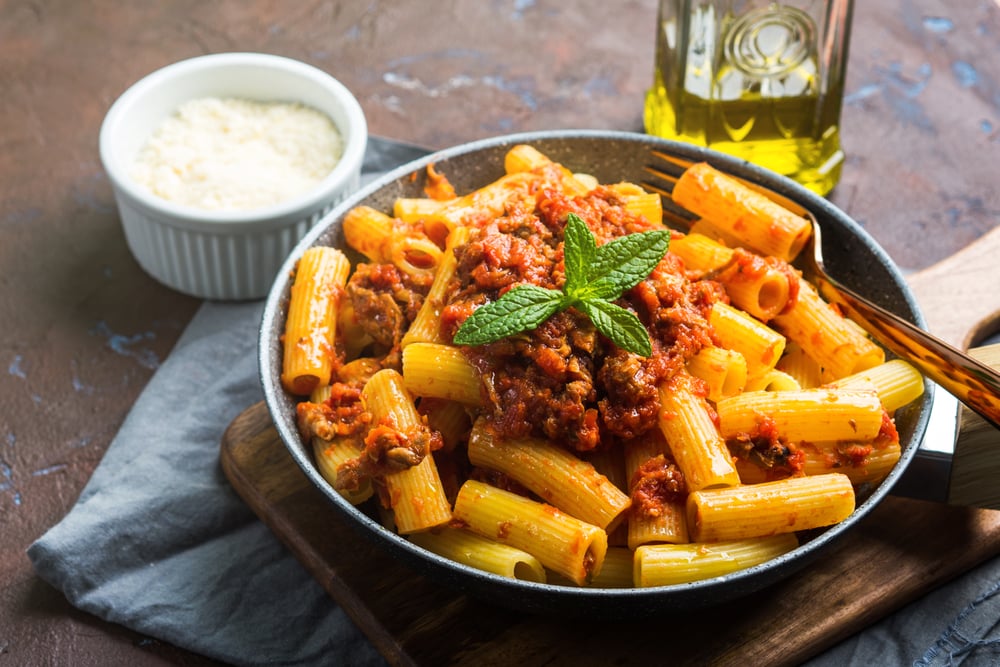 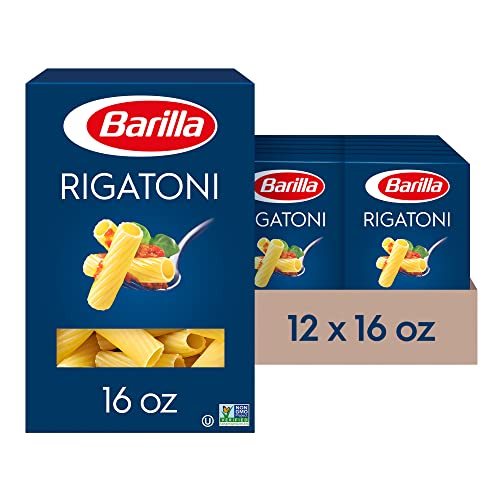 Rigatoni is a large, tube-shaped pasta type that’s widely used in creamy sauces. The deep outer ridges of rigatoni are a fantastic surface for sauces to stick to, while the tubular design works wonderfully for holding sauce as well.

Various lengths of rigatoni are available, and you can expect tubes that are far larger than penne with a slight curve. The average rigatoni is just over one and a half inches long with an average diameter of half an inch. 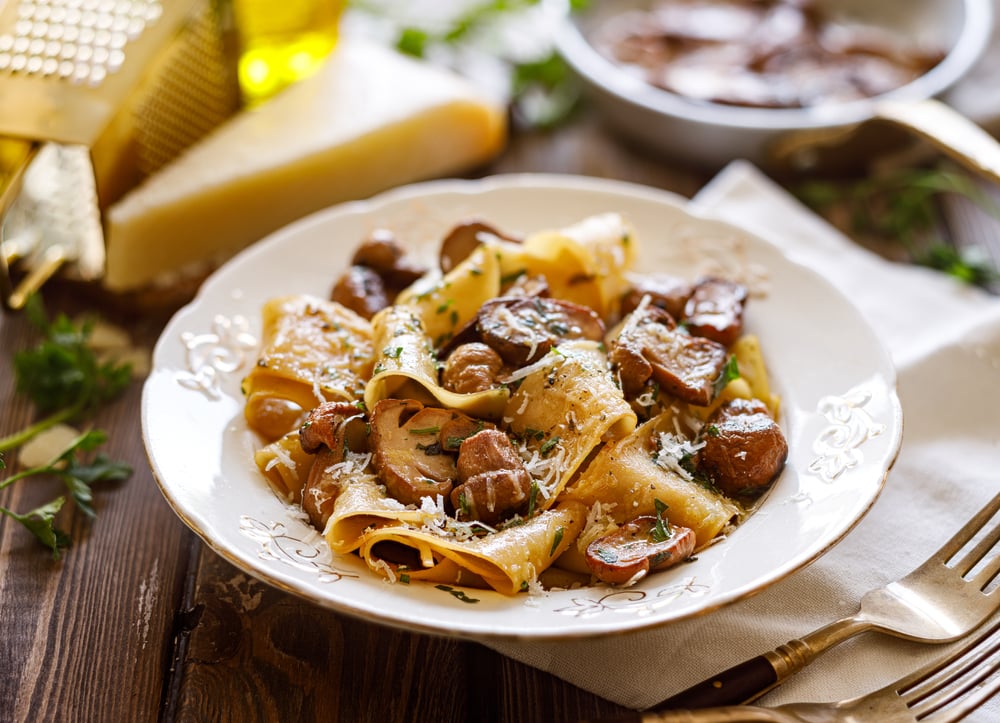 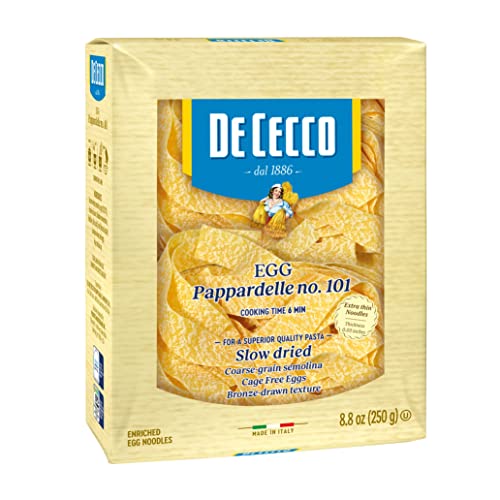 Pappardelle is one of the best types of pasta for bolognese and another excellent variety of egg noodles. It is extremely large and flat with a slightly broader width than fettuccine.

The average width of pappardelle is roughly an inch. The chewy texture and dense ribbon shape make pappardelle a perfect match to thick sauces.

The name comes from the Italian word translating “to gobble up.” This should give you a good idea of just how addictive this pasta type is when paired with the right sauce.

As a more substantial type of pasta, you’ll need typically need to dish up less when serving bolognese and other rich, filling sauces. 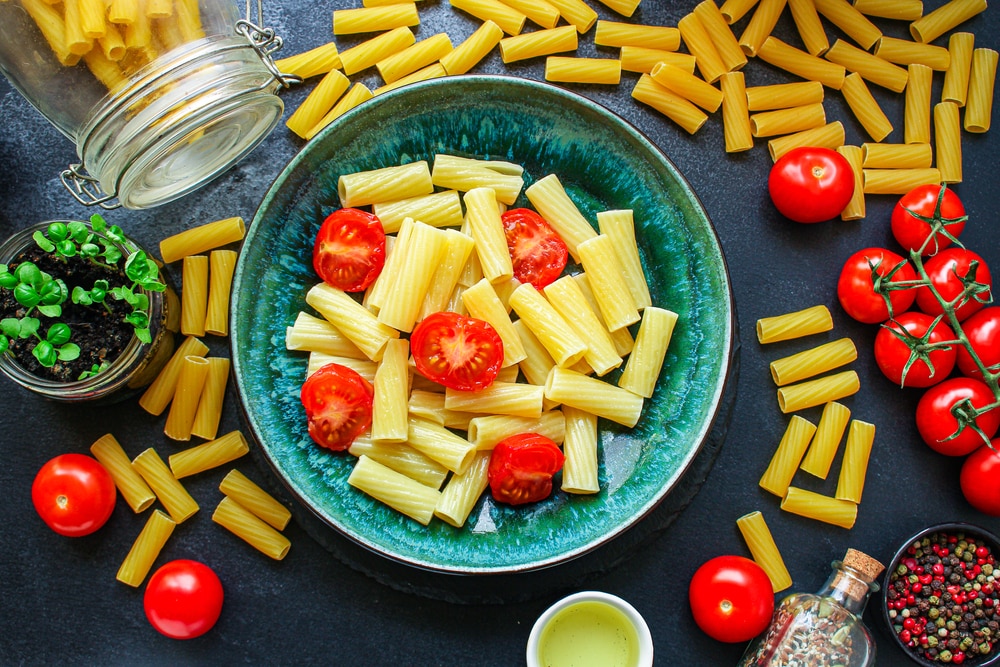 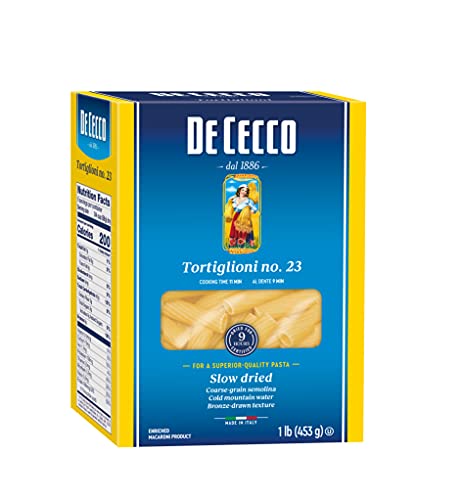 Tortiglioni is another variety of tubular pasta that comes with deeper grooves coating each noodle with a spiral of ridges. The name is derived from the Latin term torquere which translates to ‘to twist.’

It is a pasta that makes up a part of the Maccheroni group of pasta, referring to durum wheat semolina tubes suited to heavy sauces.  It’s similar to rigatoni but a far heavier, denser type of pasta.

You’ll be surprised by just how well tortiglioni holds sauce, but it is more filling than thinner varieties. 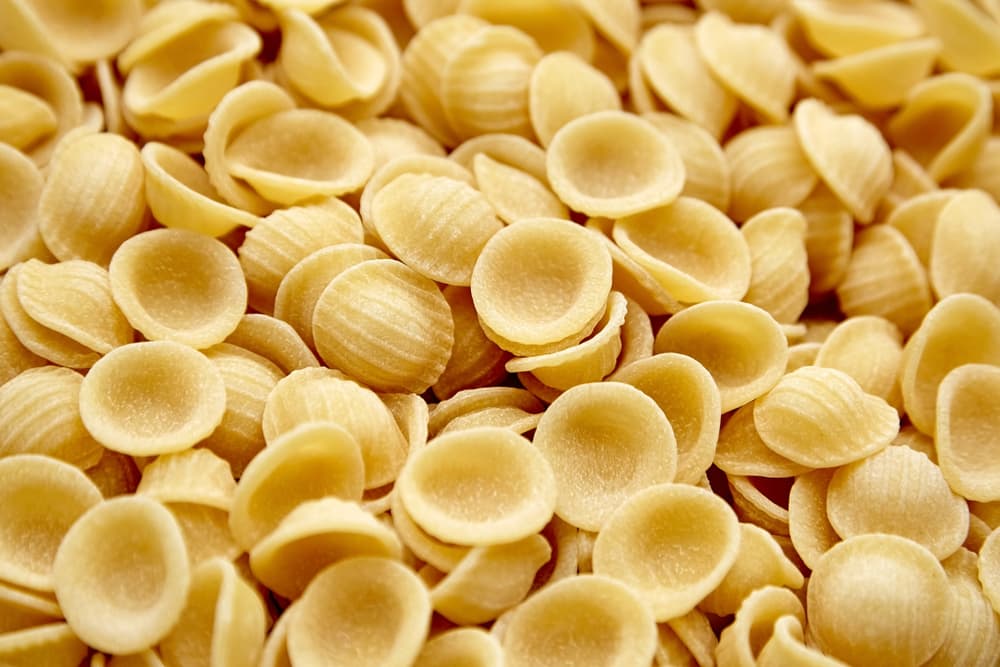 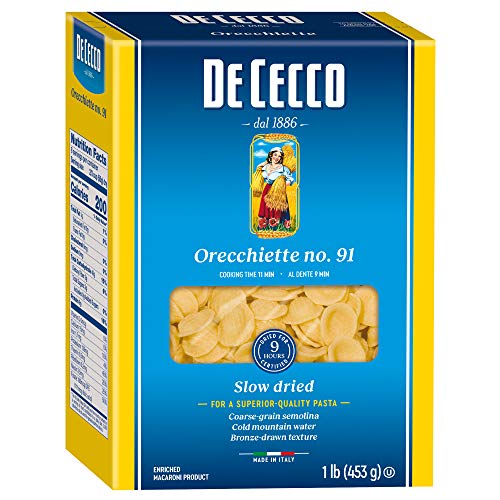 Orechhiette has a name derived from its appearance, with the Italian meaning translating to ‘little ears.’ This often-overlooked pasta is extremely versatile and looks like a little dome with a depression, resembling an ear.

The middle of orecchiette is thinner than the outer edges, and it’s coarser with deep inner ribs- two characteristics that are excellent for holding sauce.

Despite being further down on our list, if you can find orecchiette or are willing to make it, this Southern Italian variety is one of the best pasta types for bolognese. 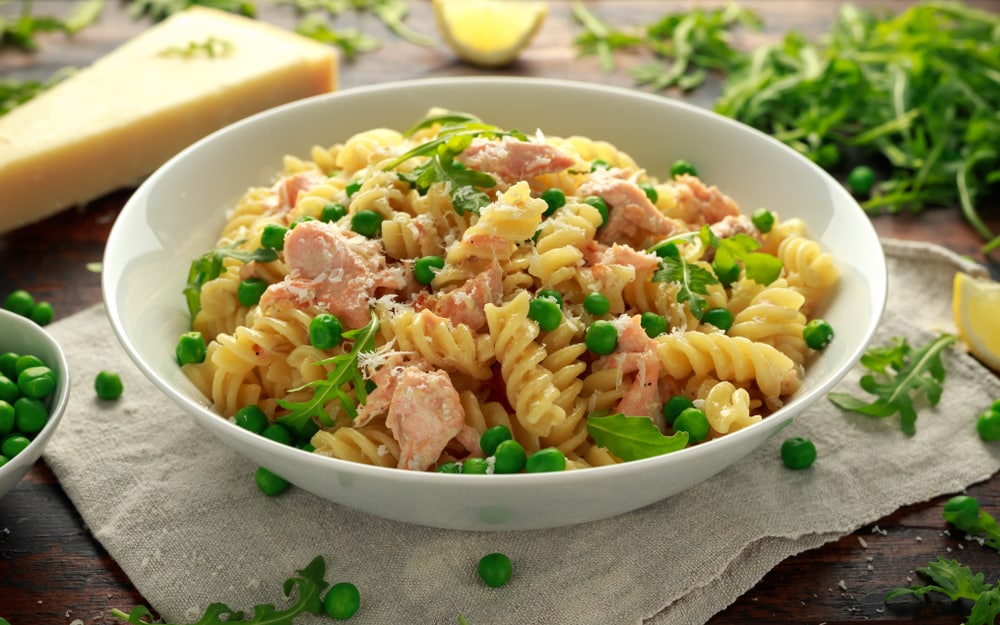 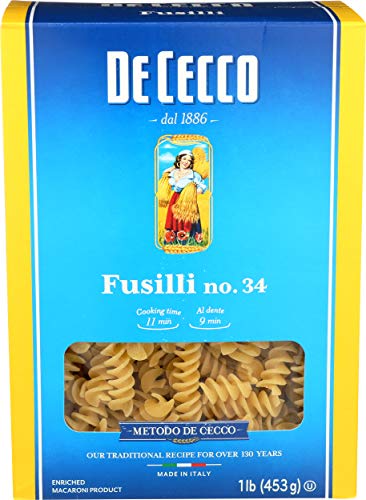 Helical fusilli pasta is similar in thickness to the diameter of macaroni but comes instead in a corkscrew shape. The twisted rod shape of fusilli makes it hold sauces extremely well.

If you can’t find fusilli available, be on the lookout for rotini as it is often termed in the United States.

There are many varieties of fusilli to try when you want to add an extra dimension of flavor to your meal so consider the colored varieties carefully and see what each tastes like with bolognese. 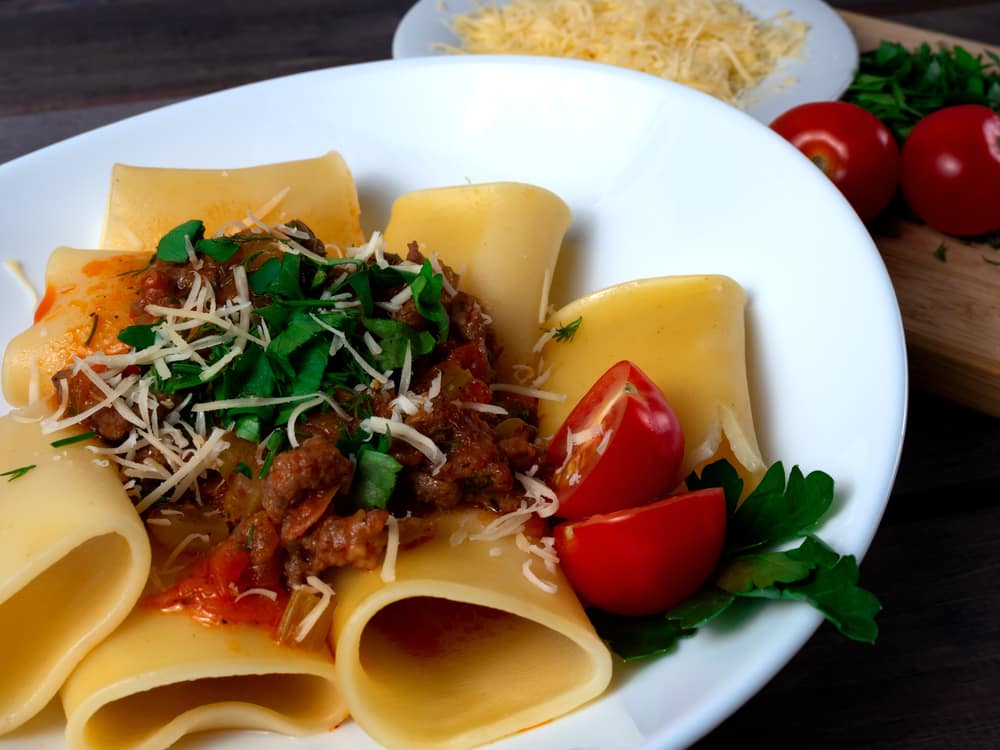 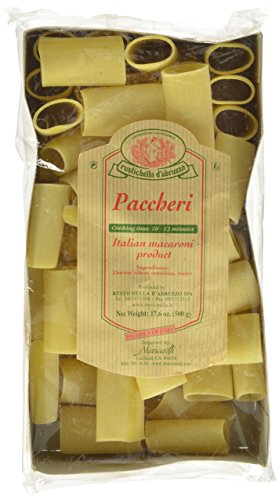 The massive tubular Campanian pasta Paccheri comes smooth or ribbed. If you have an option between the two varieties, go for paccheri millerighe – the ribbed version.

The name is derived from the Neapolitan word ‘paccharia’ translating to ‘slaps’ which references the sound this type of pasta makes when you eat it.

As a variety of pasta that comes out greatly stuffed, bolognese sauce fills each durum wheat noodle wonderfully. If you like thick, textured pasta tubes, paccheri may be the best pasta type for bolognese for you. 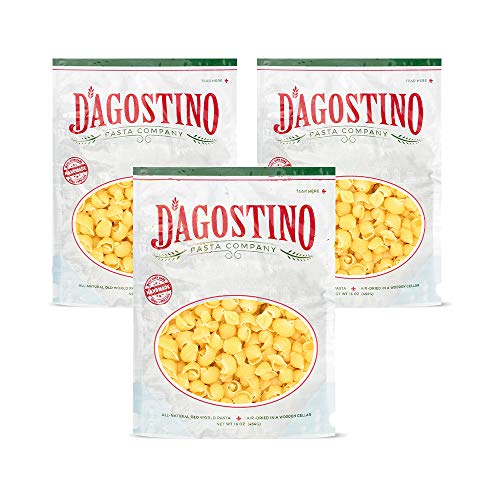 Conchiglie is the proper name for what most people commonly know as shells or seashell pasta. This durum wheat pasta comes flavored, opening up your serving possibilities for bolognese and other sauces.

The crenelated shell shape covered with deep ridges lets pasta sauce adhere to it well. There are two main varieties. Conchigliette is the smaller shells with a name literally meaning ‘little shells.’

As the large shells, Conchiglioni is the best pasta type of bolognese, so opt for this variety if you have the option. 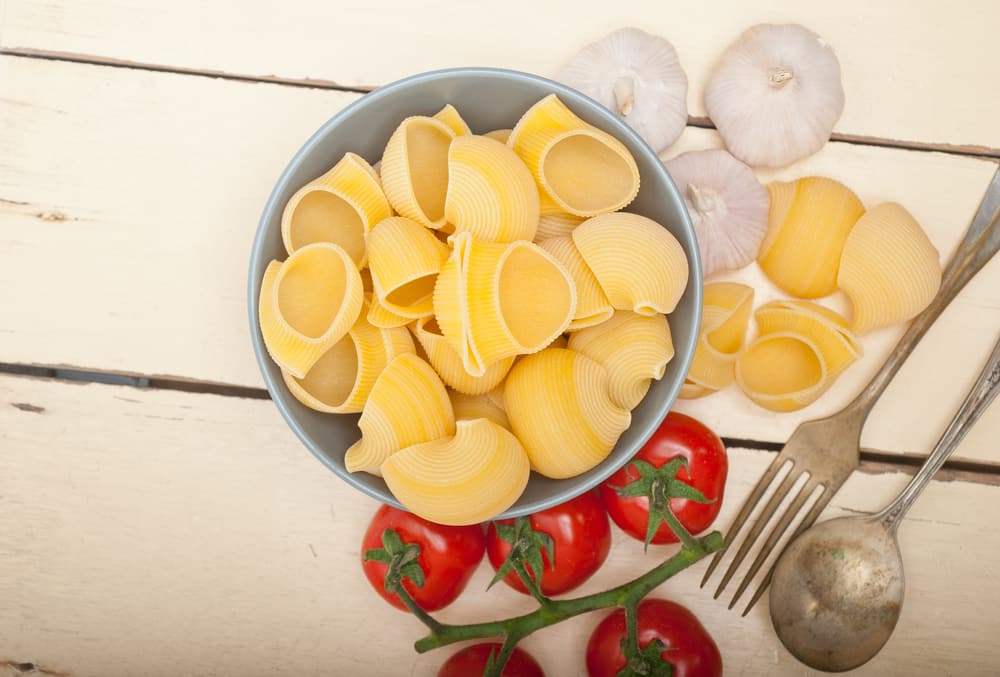 Lumaconi is a tasty variety of shaped pasta that resembles snail shells. While usually served stuffed, this pasta type which is also known as lumache retains bolognese equally well.

‘Snail shell pasta,’ as it is commonly known, will be extremely filling when used as the base for something rich.

As is the case with a few of our other best pasta types for bolognese, you’ll typically need to dish up a little fewer lumaconi than you would when serving fettuccine, tagliatelle, or even spaghetti.

When one delves into the multitude of kinds of pasta available for thick sauces like bolognese, several worthy substitutes arise.

One unmentioned but particularly good alternative for those who grew up eating bolognese with spaghetti is spaghettoni.

You won’t find this one in every grocery store, but spaghettoni is a thicker, denser version of classic spaghetti that you should make a definite consideration.

You’ll get a fuller flavor and a more substantial consistency from spaghettoni. We hope that you’ve found a new favorite from our selection of the best pasta types for bolognese.

There are lots of exciting shapes, textures, and levels of new taste to discover. 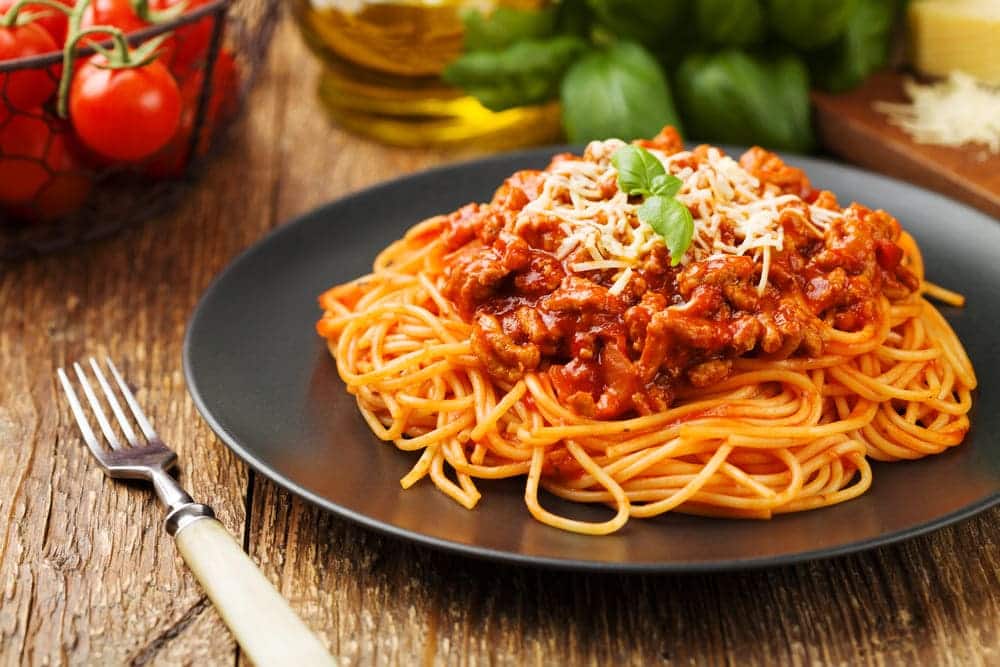