A pressure cooker is an enclosed pot with a lid that locks and creates an airtight seal. When there is a small amount of liquid such as water or stock in the pot, it boils and creates steam which gets trapped inside.

As pressure builds up, the water boils at higher and higher temperatures. For instance, at 5 pounds of pressure, water boils at about 228 degrees Fahrenheit (108 °C).

At 15 pounds of pressure, the boiling temperature rises to 250 degrees Fahrenheit (121 °C). This is how a pressure cooker can produce tasty and tender meals in a much shorter time compared to conventional cooking methods.

Like traditional cooking methods, the tenderness of your meat will depend on the cut that you choose to use as well as whether the meat has been stored for short or extended periods.

Steam penetrates food easily under pressure. so connective tissues in cheaper cuts of meat for soups or stews soften and melt in 15 minutes or less, and a small pot roast will be done in under half an hour.

You may find that flavors aren’t as fully developed as when tough meat simmers long and slow but you do save a lot of time.

Which cuts of beef are best for pressure cooking? 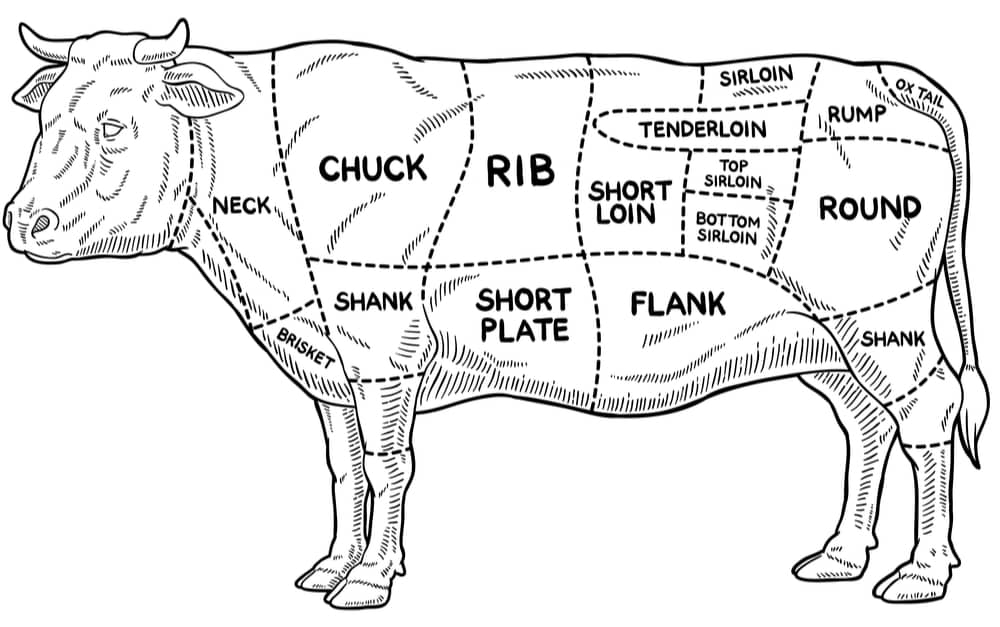 Some cuts of beef are already more tender, to begin with than others. Other cuts, especially those that contain chewy connective tissues are tougher and will require longer cooking periods to prepare fully.

Forequarter cuts from the front of the animal are toughest because the shoulder, neck, and front leg area contains muscles that work the most when the animal is alive.

Forequarter cuts contain a lot of connective tissue made from collagen – this is what makes the meat tough.

Connective tissue is broken down when exposed to heat which is why the cheaper cuts of meat that need longer cooking particularly lend themselves to pressure cooking.

When cooked properly and efficiently, these connective tissues can make the beef rich and moist instead of being tough and chewy. 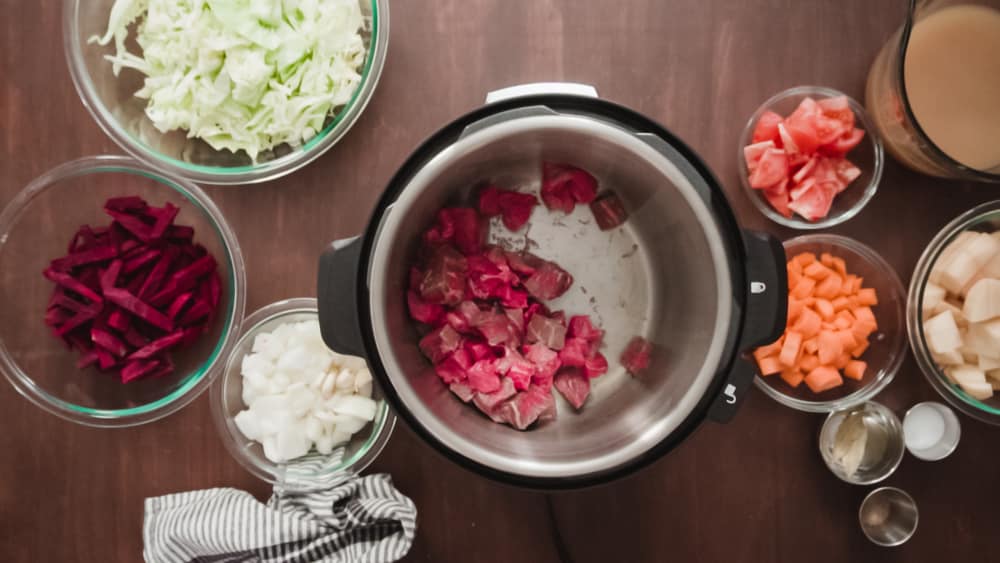 A pressure cooker is one of the best tools for melting these connective tissues and is, therefore, best used when dealing with tougher cuts of meat.

Hindquarter cuts from the back of the animal (such as rib and tenderloin) are the tenderest and are best suited to other cooking methods.

The best cuts of beef for pressure cooking 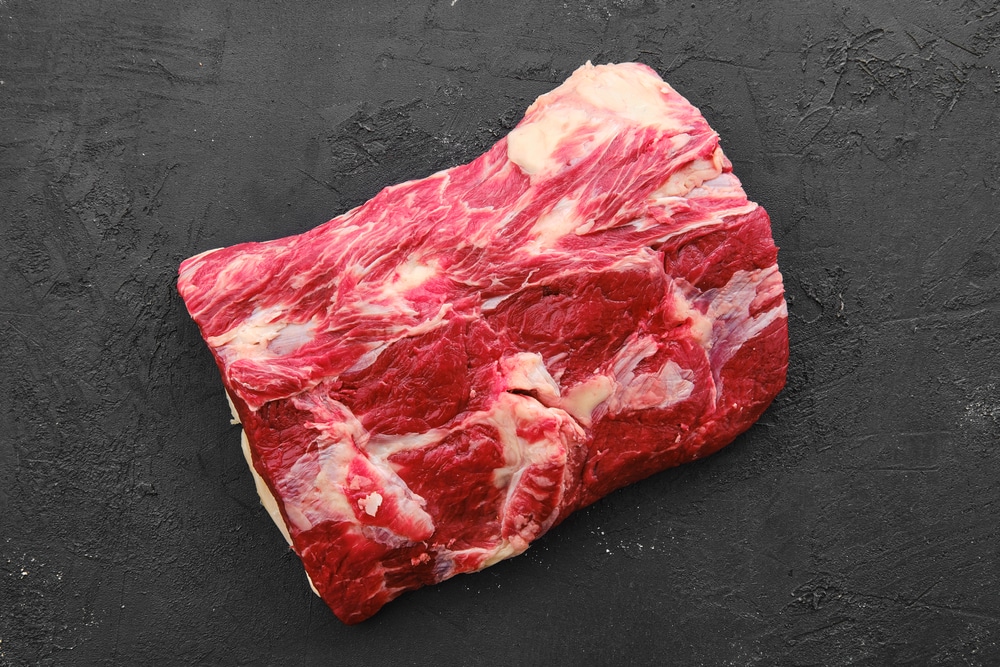 Chuck is one of the primal cuts of beef. A primal cut is one that is first separated from the animal’s carcass during butchering. Chuck is acquired from the shoulder, neck, as well as upper leg muscles. 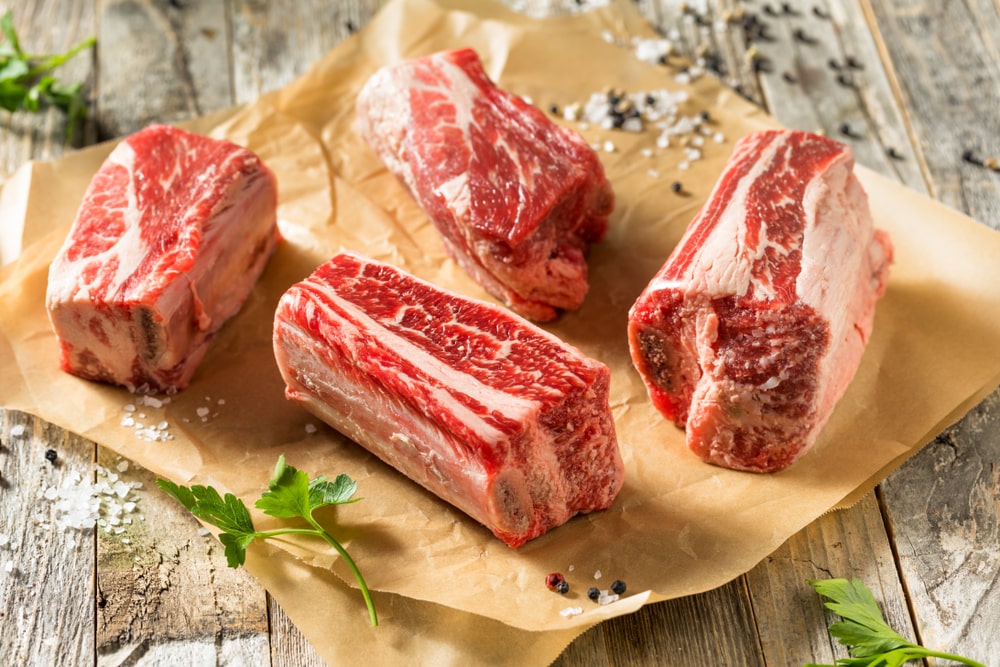 Short ribs are found on the underside area of the cow which is commonly known as the plate. Short ribs may not have as much meat on them as the chuck but they offer a rich beefy flavour and a consistent, even grain. 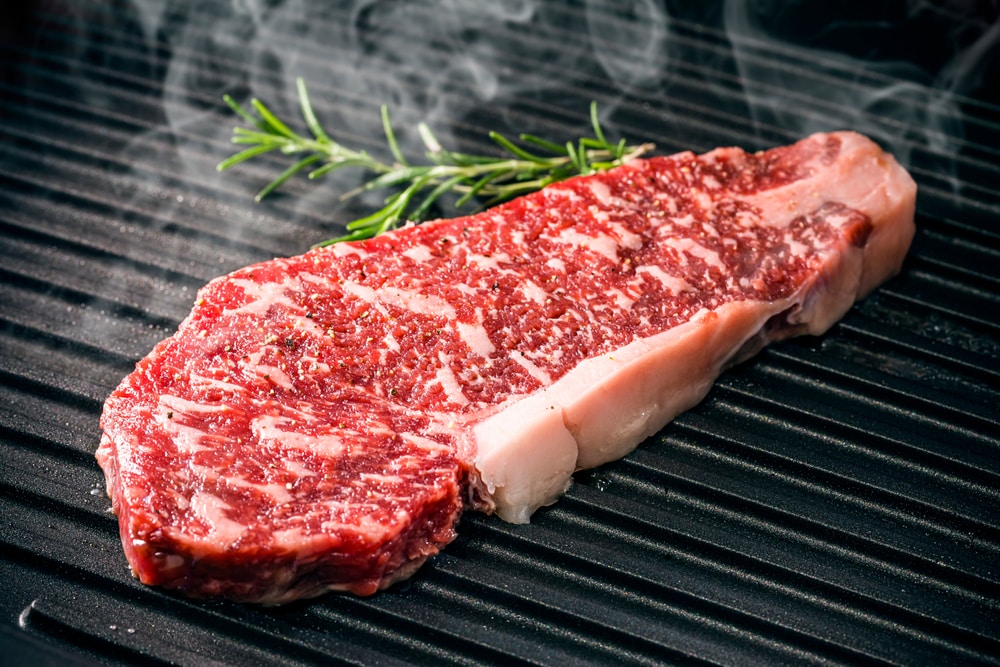 Sirloin is acquired from the front part of the hind legs. Sometimes sirloin comes attached to T-bone steaks but most butcheries sell the two parts separately.

Sirloin can be used for grilling or any other cooking method that calls for dry heat, but it also produces great results in pressure cooker stews as well. Sirloin typically has a tender texture with a little chewiness to it. 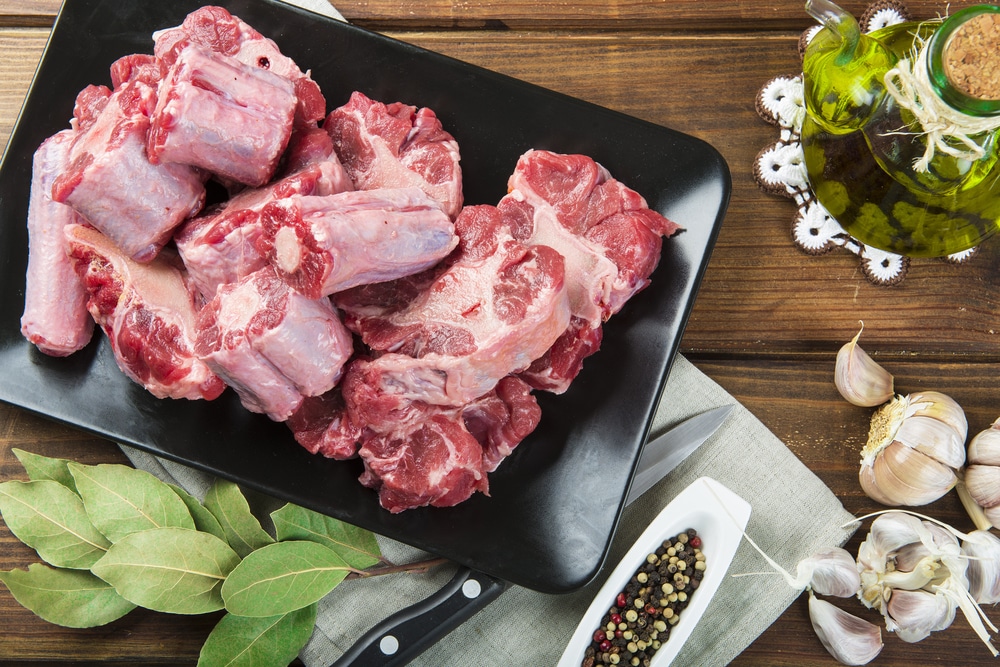 Oxtail is considered one of the most delicious cuts of beef. Oxtails come jampacked with gelatin and fat and a whole lot of flavor.

Every cross-section of oxtail has a bone in the middle that is filled with marrow and as it cooks, the rendered fat from the marrow will seep out, covering the meat with a deep, rich flavor.

You can choose to keep the bones or discard them after pulling the meat off the bones. Oxtails take a long time to cook, so they are the perfect candidates for pressure cookers.

It is a good idea to cook your oxtail the day before you need it so that you can chill it in the fridge and skim the thick fat layer off the top before reheating and serving it. 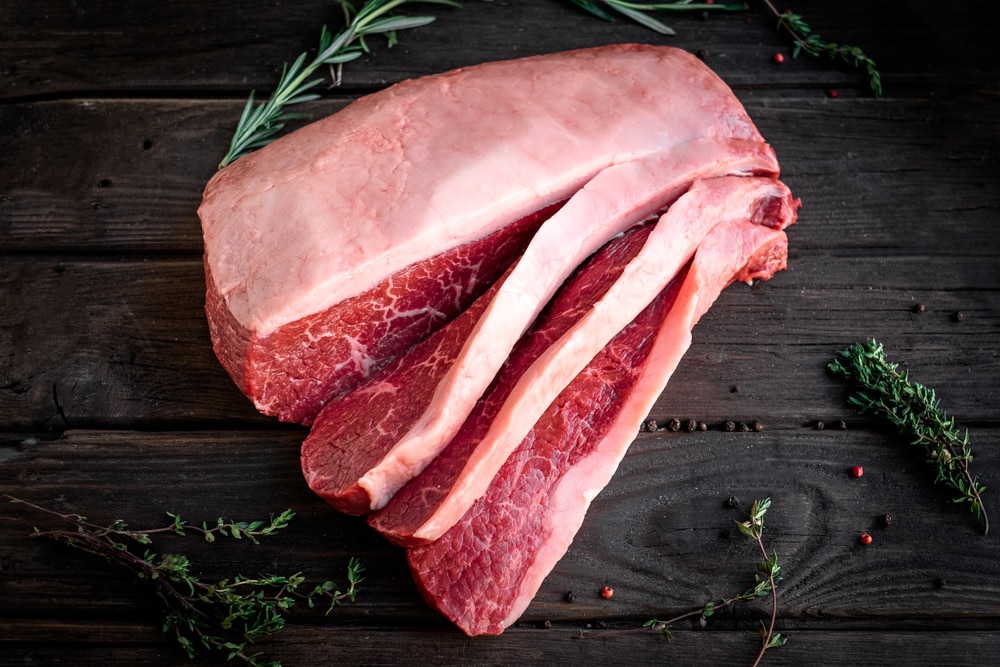 Brisket is usually acquired from the breast area of the cow and it can be braised easily using a pressure cooker. Brisket cuts come in 2 parts – a lean and a fattier cut.

One of the best things about brisket is that is it easy to cook with and after less than half an hour in a pressure cooker, it will produce moist, tender results.

As you can see, the cheaper, tougher, yet tastier cuts of meat are best for the pressure cooker.

This is great news because not only will you save on time but you will also save money on the actual meat plus electricity. In a year or two, your pressure cooker will have paid for itself!