If you have no time to defrost your meat, there are certain things that you have to remember if you want to experience success. Whether or not you can utilize your frozen meat in a recipe should be based on the type of recipe that you are dealing with. Some cooking techniques, even when done in the pressure cooker, may not be appropriate for cooking frozen cuts. When pressure cooking refrigerated meat:

Never attempt to braise or steam the meat

The only type of meat that should be braised or steamed in a pressure cooker is meat that has already been defrosted. Steaming or braising a frozen chunk of meat may give you a lovely golden coating on the outside, but it will leave the inside completely frozen and uncooked.

Easily boil the meat in the cooker

Because you have frozen meat, don’t expect it to reach pressure as quickly as a defrosted piece. Since the frozen piece will basically act as a large ice cube, it will take longer for the cooking liquid inside the pot to reach a boil and consequently build pressure. Based on the quantity of meat that you have stuffed in your cooker, it could take up to twice as long for the cooker to reach pressure.

Can you soften or tenderize meat in a pressure cooker?

A pressure cooker can, in fact, be used to soften and tenderize tough cuts of meat in the same way as a slow cooker can. Pressure cooking actually cooks the meat a lot faster than any other method; effectively melting the collagen or the connective tissues that are responsible for making the meat tough.

Without this amount of pressure, the high temperature would actually toughen up the collagen and produce the same results as searing or roasting the meat. As always, there is a slight danger that you might overcook your meat when attempting to tenderize it in a pressure cooker. To prevent yourself from overcooking a piece of meat, you should always make sure that you follow the recipe to the letter to experience the best results. 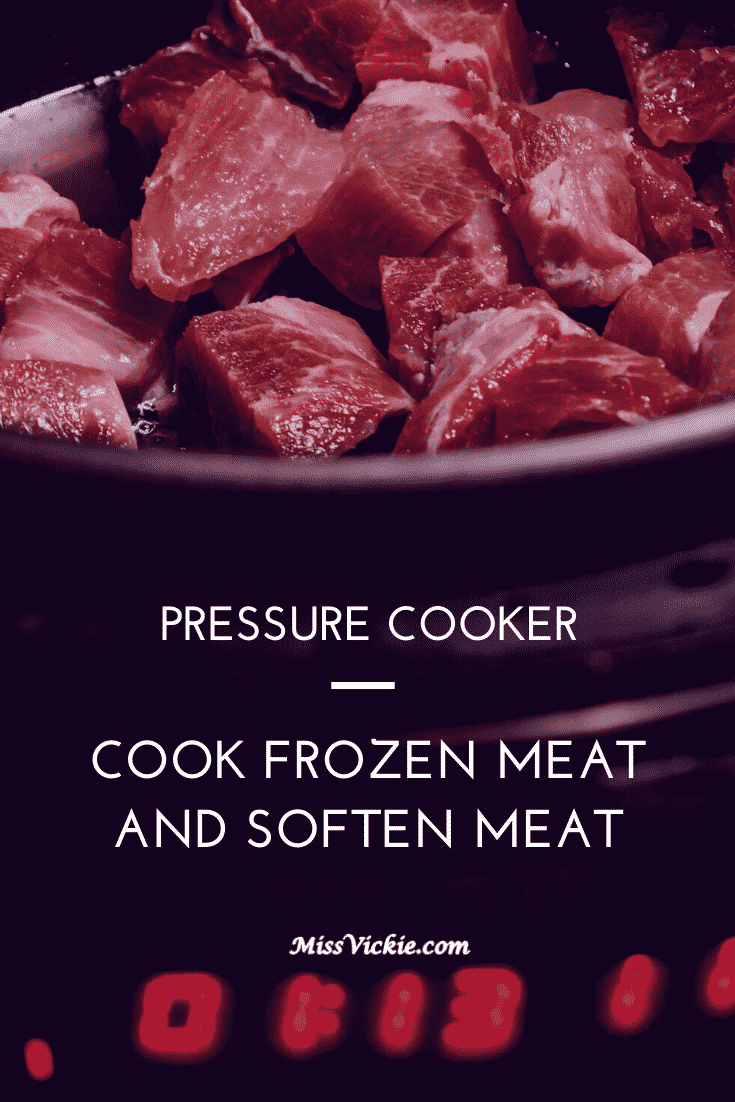