Non-vegetarians are often extremely particular about the meat cuts they buy. The finer cuts are extremely delicious and flavorful. Many, like beef rump and fillet, are also tender. One versatile and tasty cut is the beef short rib.

It’s not as tender as some other cuts but it has a wonderful flavor and texture. Cookbooks often refer to it as a “cheaper cut” but is it, really? Don’t confuse beef spare ribs (beef back ribs) with short ribs.

Spare ribs are taken directly from the cow’s rib section and are sold long and joined. They are most commonly known for barbequing. Short ribs come from the plate cut. These two need completely different cooking methods because short ribs are tougher.

Back ribs contain quite a lot more fat so short ribs are definitely a healthier option. However, one question that comes up in the forums a lot is, “Why are beef short ribs so expensive?” If you have been wondering the same thing, we have some answers for you!

Beef Short Ribs – What Are They? 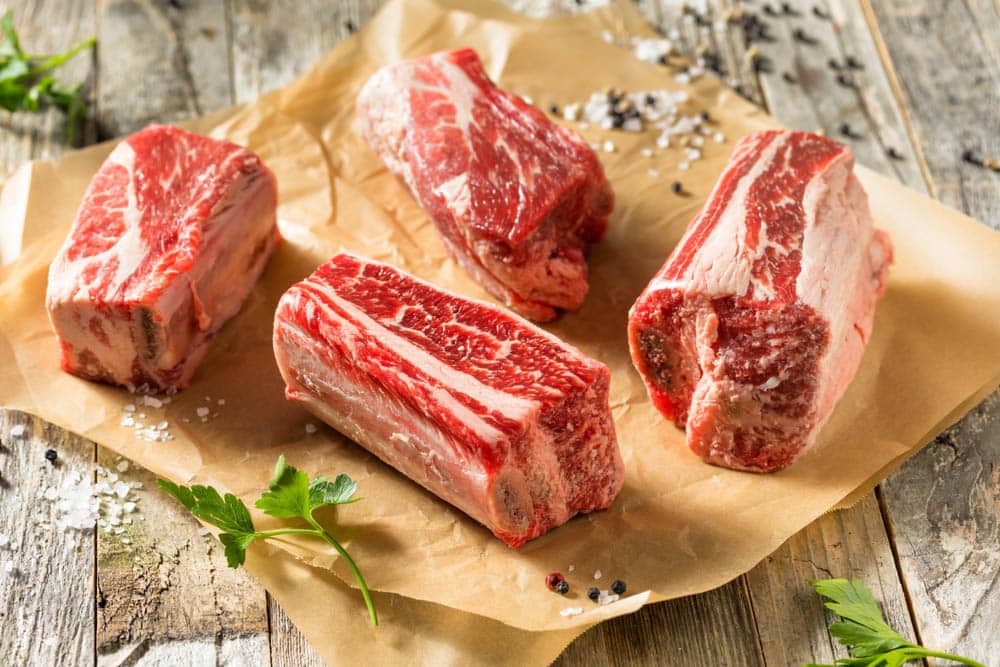 The cut has a small rib bone portion which is surrounded by meat and very little fat. Short ribs are widely consumed in Korean, Chinese, and Jewish cuisines, and they do need a longer cooking time for proper cooking and juicy tenderness.

Short ribs need this longer cooking time to allow the connective tissue to break down and make the beef tender. Short ribs are usually prepared by using the sous-vide, braising, and stewing methods.

Some people also grill and barbecue these ribs, which is a good idea if you want to cook ribs quickly. You may need to use a tenderizing marinade first if you are going to cook them this way though. Alternatively, pre-braise the ribs then BBQ them.

However, long, slow cooking in a flavorful liquid is the best way to showcase this meat’s rich taste and texture. In the UK, short ribs are cooked by boiling them in a seasoned broth along with onion and carrots. (This produces a stew that is served with horseradish). 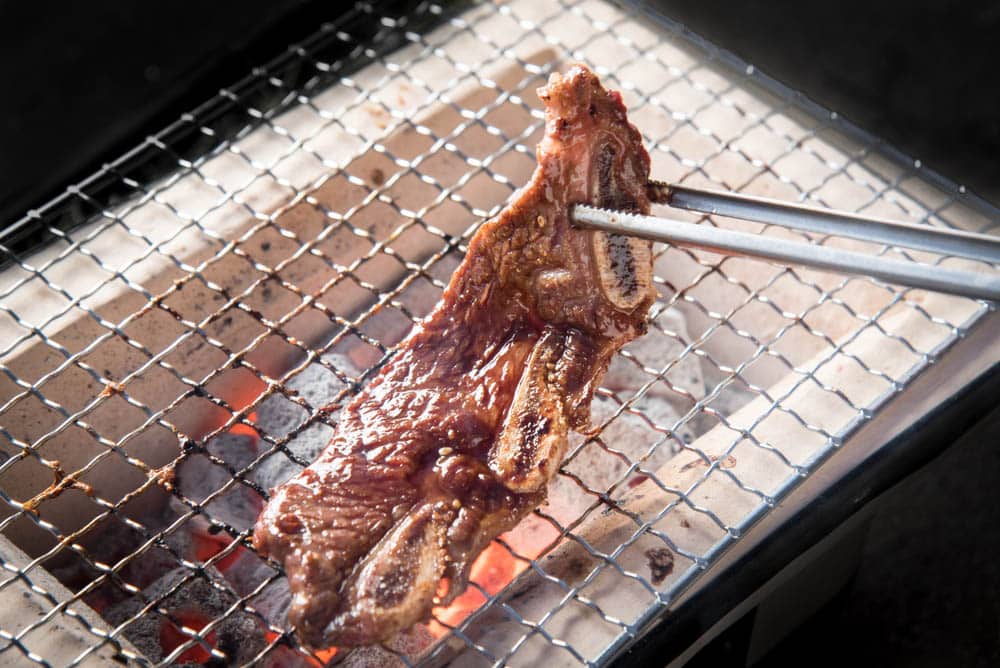 Why Are Beef Short Ribs So Expensive? 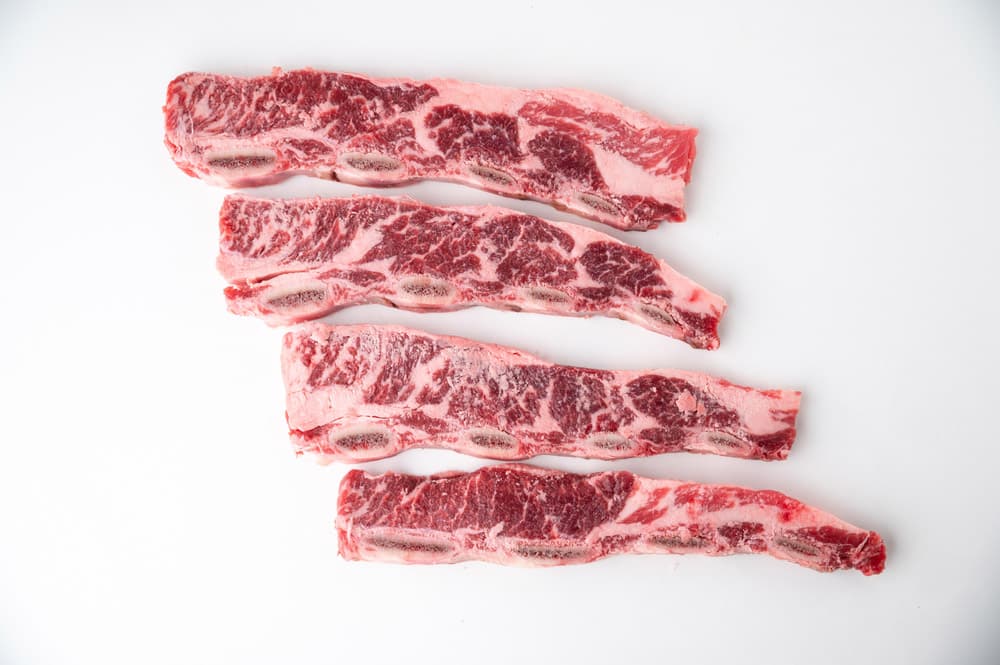 These ribs are cut out from the cow’s flank (it’s pretty close to the animal’s area where short ribs are cut from). These ribs are sliced, which goes through bones, and they also have lean meat. What’s best about this cut is that the flavor is amazing, and the fat content is limited.

The flavor is pretty close to that of short ribs, and the ribs are easy to cook. Flanken ribs can complement a variety of recipes and can be barbecued as well. In addition, flanken ribs can be baked or braised and are easily obtainable from most butchers.

Beef back ribs are commonly known as beef riblets, finger runs, rib bones, or (fun fact!) dinosaur ribs. This is an extremely popular beef cut and is loaded with savory flavor and taste. These ribs are cut from a slightly higher part of the animal’s body than short ribs.

They are cut when boneless prime ribs are being processed. Beef back ribs have a rectangular shape, and the bones are covered with various meat layers.

If you want a non-beef alternative to beef short ribs, you can opt for lamb shanks and legs because they are just as delicious and easy to buy and cook in a similar way to short ribs. These cuts are cut from the lower part of the lamb’s leg. 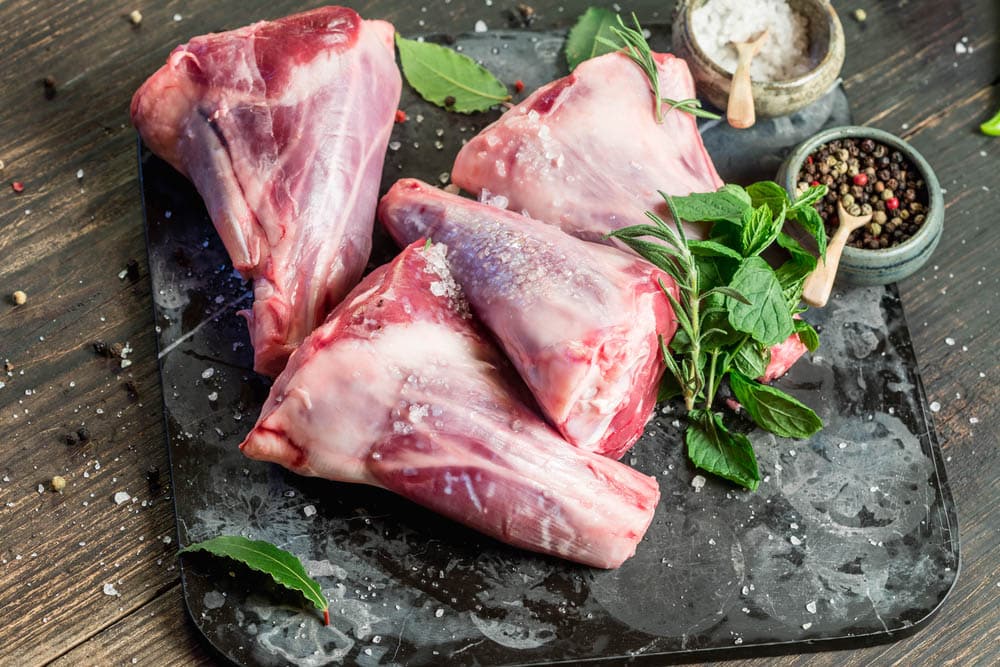 The meat has a chewy, meaty texture, and the flavor is pretty strong, providing delicious gravy when stewed.

Something you may wish to try when making a stew or soup with short ribs is to mix them with another, cheaper beef cut. Something like shin or chuck works well. This way, you cut the cost of your overall dish without sacrificing flavor. 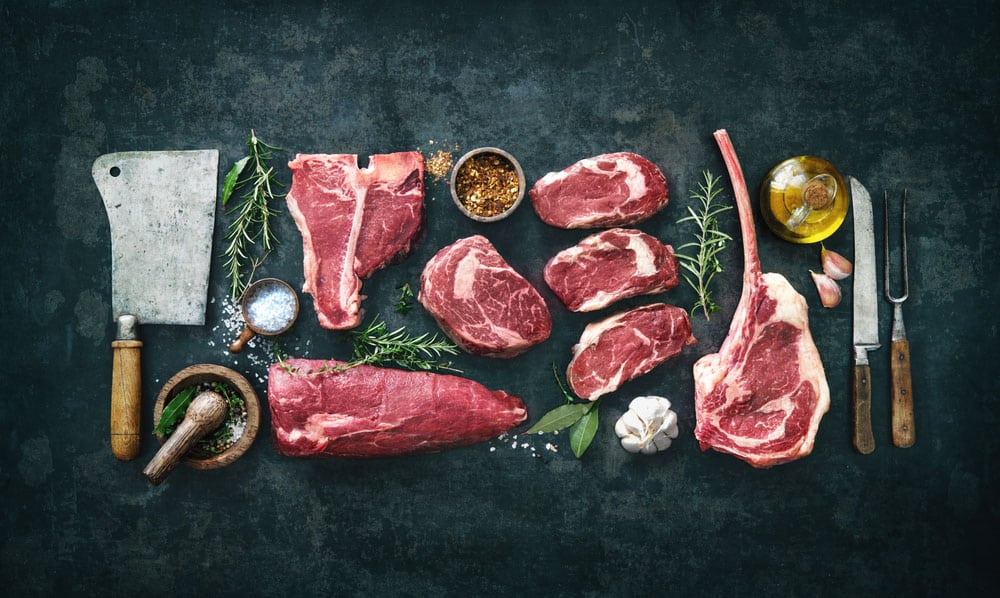 Another thing you can do is supplement your stew with extra vegetables and potatoes to stretch the meat a little. The short rib has a strong enough flavor to do this with plus eating more veg is good for your health!

Yes, the price of short rib (and all food in general) has gone up. We hope you can better understand the reasons behind it now. Our advice is to look out for it when it’s on sale or ask your butcher for a bulk-buy discount. Then freeze it to enjoy later. 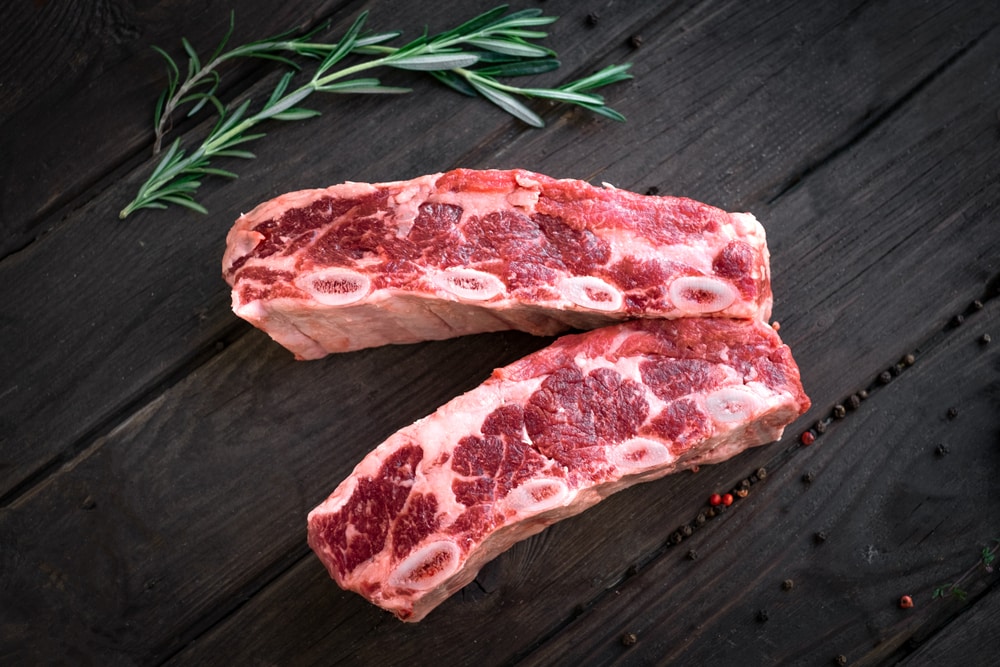