Manual pressure cookers have been responsible for hearty, home-cooked comfort food like soups, stews, and casseroles for as long as time.

Before the electric pressure cooker arrived to make things as easy as a button-press to cook up a flavor-filled meal, people used the old fashioned pressure cooking to do the same thing.

Using a manual pressure cooker takes some time to get used to and definite know-how.

We’ll be taking you through a look at how to use an old fashioned pressure cooker. It’s a timeless piece of equipment that’ll never lose its place in the kitchen.

Once you’ve discovered how to use one properly, you’ll be armed with a must-know insight that every dedicated chef is armed with.

How to use an Old Fashioned Pressure Cooker?

Here are the exact steps to follow to use a stovetop pressure cooker safely.

Add clean water to the pot and close the lid, locking it in place to confirm that a secure seal is made. Test for leaks and discard rinsing water.

2. Add your food and the liquid for cooking

Once you’ve confirmed that your pressure cooker is clean and working, add the food and liquid you want to cook.

It is best to consult your recipe for the quantity of liquid, but as a general rule of thumb, whatever you’re cooking should at least be covered in liquid.

3. Lock on the lid and set your valve (if needed)

Close and lock the lid of your pressure cooker. Not every pressure cooker will have a removable valve, but if yours does, make sure that it is correctly set in place.

Ensure a total seal to prevent steam or liquid leakage.

4. Bring your pot to a boil and adjust the heat accordingly

Once the valve has built enough pressure, turn the stovetop heat down to a low to medium setting to conclude pressure cooking.

5. Monitor your pressure cooking, adjusting the heat as is necessary

A pressure cooker must never be left unattended. Pay attention to the valve and the amount of steam being emitted. If steam starts to billow out, turn the temperature of your stove down.

Once adequate pressure is reached, you rarely need more than a very low heat setting; the lowest your stove will often go.

Once the desired cooking time has been reached or your recipe calls for the pot to be opened to add another ingredient or complete another step, you first need to release the pressure.

The safest way to release the pressure of an old fashioned pressure cooker is to leave it to cool down. We’ll take you through a few faster but more dangerous ways soon.

7. Open the lid and serve

With all of the pressure released, the lid should be able to open without force or resistance. If there’s pressure – wait. As soon as it opens, your food is piping hot and ready to serve.

How to release the pressure of an old-fashioned pressure cooker

As mentioned before, the safest but least practical way of releasing the pressure of an old-fashioned pressure cooker is to wait it out and let the pressure come down naturally.

This takes about 15 to 20 minutes for most pots. Here are a few other ways that you can bring the pressure down quickly.

Wait ten minutes and then begin to release the valve carefully. Steam will begin to emit out, but if it’s still rushing out in dangerous clouds, close and wait a few more minutes before trying again.

Wait five minutes and then begin to release the pressure by opening and closing the valve in bursts. Open and release steam for ten-second bursts until all the pressure has dissipated.

You’ll have your pressure cooker ready to open in under three minutes if you nail opening the valve just right.

Use a fork, knife, or another tool to gently lift the valve from when your pot is off the stove and done cooking.

At just the right angle and with a great deal of care taken to avoid the steam, the pressure will be down in no time.

We don’t recommend that you try quick release, but it does make it far faster to open your pressure cooker.

Submerge the base of your pot in cold water, using perhaps your sink as the pressure begins to come down, open, and release the steam in bursts to hasten the process.

The fastest way to bring the temperature down and the most dangerous if you fiddle with the valve too early is cold-water immersion.

The daring can submerge their pressure cooker in a basin of cold water, running water from a faucet over the lid until it cools down.

Steam will need to dissipate quickly and will pour out your valve. Help it along by opening in bursts but take extreme care.

The temperature drop will create a lot of high-pressure steam that needs to be released.

Keep these rules in mind, and you’ll be using your stovetop pressure cooker safely time and time again:

Cooling down your pressure cooker is a matter of personal preference. Either wait it out or use the method you trust most.

If you’re new to operating an old-fashioned pressure cooker, then pay attention to just how hot the valve and steam can get. Keep out of reach of each jet when venting out the pressure.

We advise that you adjust the valve using a thick washcloth or while wearing oven mitts. Some even prefer using a utensil like a kitchen knife to leverage it open instead of risking getting burned. 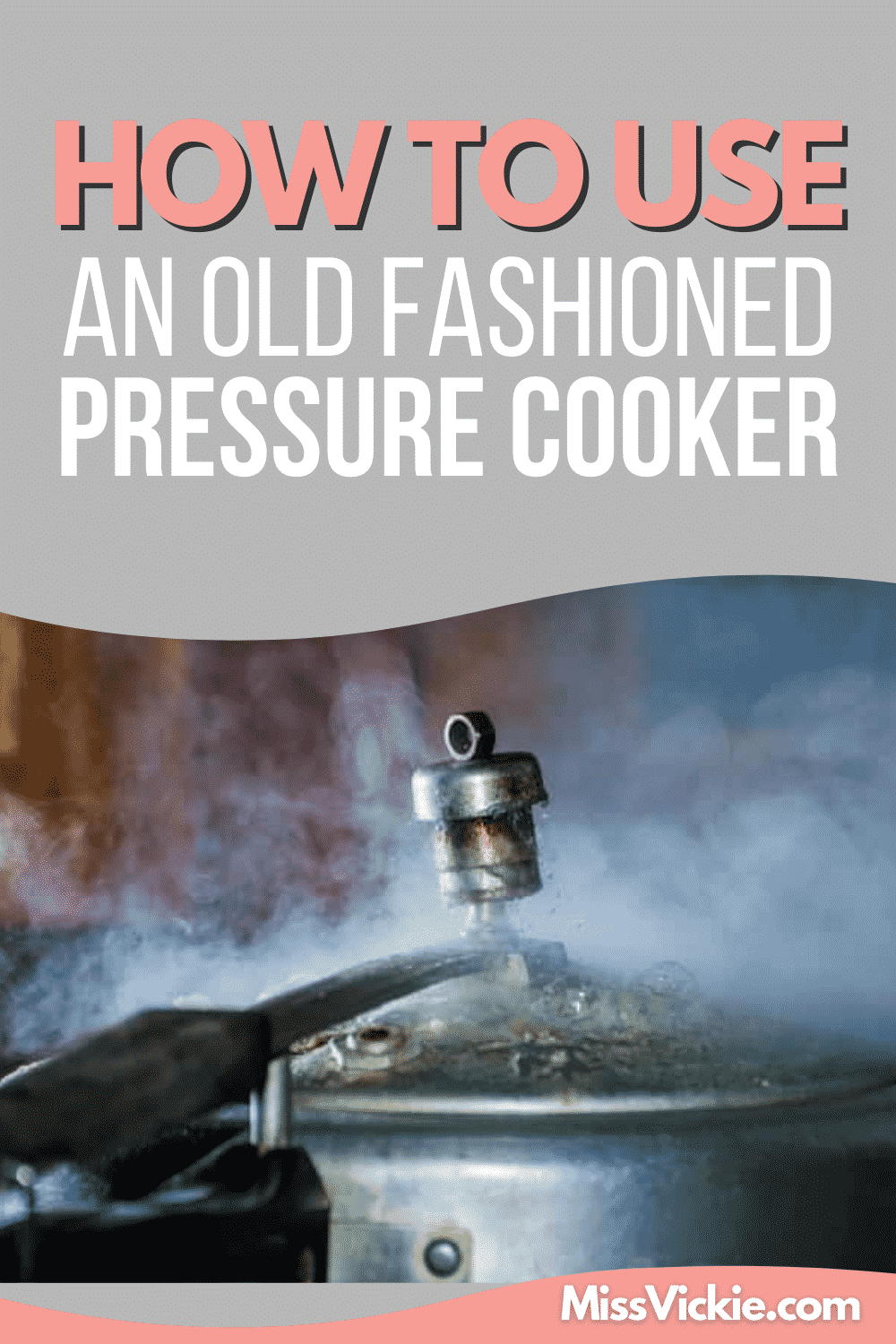