Pressure cookers are handy and popular in all of the different kinds of kitchens out there today. Even with all of the options available, you will have issues every once in a while, just like any other appliances. Whether you use a stovetop pressure cooker or an Instant Pot or other electric pressure cookers, one of the most common problems to deal with is that of a pressure cooker leaking steam. Here’s what you should know.

Thought to be the most prevalent problem and question when it comes to pressure cooking life, there are tonnes of information out there about steam problems. If you notice that you’re having consistently more problems with steam leakage, there are several causes to check for:

The more that you use your pressure cooker, the more wear and tear that it will have. It’s not the end of the world to see your pressure cooker leaking steam though it is important to deal with sooner rather than later. Not only will the pressure cooker be put under added stress due to not being able to hold its pressure consistently, but it can also impact the quality and taste of your meals.

While some problems seem impossible to fix, it’s nice to know that this one can be included amongst the easier of the options.  It’s a great idea to consider investing in a replacement gasket so that you can easily switch out an old one for a new one should the need arise when you’ve got a cooking spree on the list.  Regardless of what you decide, make sure it is damage-free, residue-free, and installed correctly! 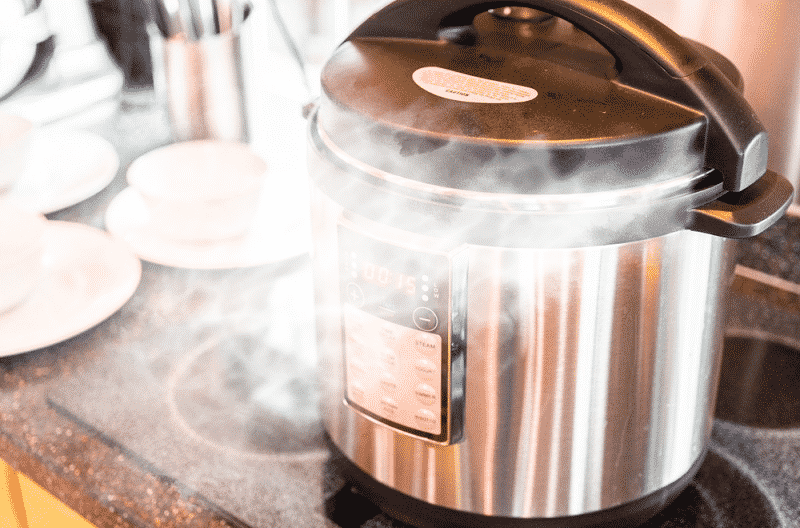