The pressure cooker is the ultimate time-saver for any modern cook. The pressure cooker has the ability to reduce cooking time by up to 70%, and it does so efficiently while maintaining the nutrients in your food. Best of all, there are numerous techniques that can be used when pressure cooking, which further makes it one of the most versatile kitchen tools to invest in.

Pressure cookers are effective owing to basic physics. When pressure is confined inside the pot, it causes the boiling point of liquids and that of the released steam to increase. The boiling point of the water and steam contained within the pot can rise to as high as 250 degrees F, which allows the food inside the pressure cooker to cook thrice as fast compared to if the food was uncovered or if any other cooking method was utilized.

One has to use as little water as possible

Many home cooks make the mistake of covering their food in large quantities of water as though boiling it. Although this technique can be used handily for certain types of food such as cured meats and producing stock, it typically does not do well for regular ingredients. When you drown your food in water when pressure cooking, all you are going to do is turn your food into mush as a result of overcooking.

Furthermore, when you drown food in water, much of the flavour is usually left behind. Worse still, adding more water than is required will extend your cooking time as it will take longer to bring the cooking liquid to pressure

The lowest heat possible must be maintained

Using the lowest heat possible allows the food being prepared to cook slowly without completely destroying the nutrients and vitamins found naturally in the food.

The perfect cooker is the best choice for versatile cooks. When it comes to preparing healthy meals, the science is quite clear. Traditional cooking methods such as frying or boiling can work for day to day cooking. However, these cooking methods can be incredibly wasteful, which is why steaming and pressure cooking is encouraged. Steaming food comes with an array of benefits that include:

To boil or not boil in a pressure cooker

Many 2nd generation cookers recommend adding a minimum of half a cup of water or some sort of cooking liquid before cooking. Some weighted jiggle top pressure cookers recommend adding at least one cup of water for every 20 minutes of cooking but you should always consult your recipe and user’s manual just to confirm. If you are cooking food that needs a longer cooking time such as beans, more water will obviously be needed but do not cover your food completely in water unless the recipe calls for it.

Because boiling destroys the nutrient content in food, it should only be left for preparing the toughest and driest types of food like beans of tough cuts of meats that have been cured, smoked, pickled or brined like ham and corned beef. Boiling is also recommended if the broth that will be produced is more essential than the foods being cooked.

Therefore, if you are preparing broth or stock for later use, it is quite alright to boil your food. For example, you can boil a whole chicken under pressure and keep the chicken stock to use later on in another recipe. The meat left from the chicken will probably fall off the bone, which means that it can be used to prepare stews, soups, salads and even sandwiches.

When tough cuts of meat such as neck bones and pigs’ feet are best prepared when drowned under water. Not only is this allowed because they require longer to cook before softening, but the fat from the broth that is created can then be skimmed and frozen for use later. Aside from cured meats, game meat such as fowl and venison can also be cooked completely under water. 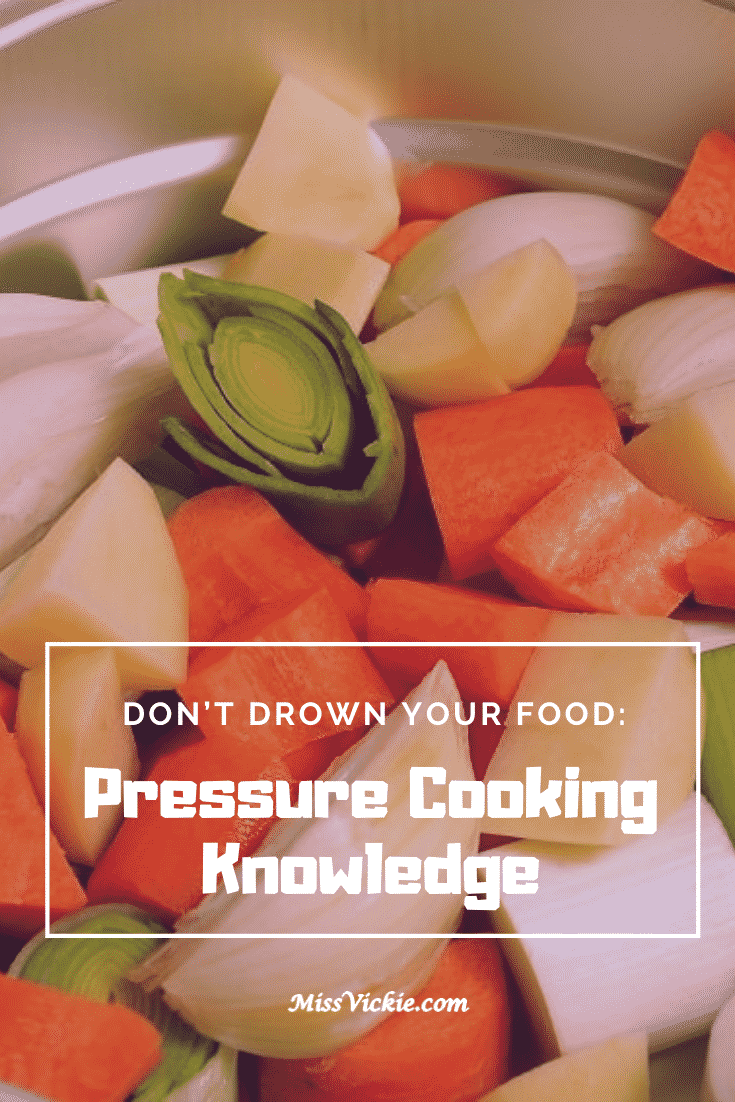