Broasting is a term acquired from Broaster, which is actually the name of a company established in 1954 in a little town in Wisconsin known as Beloit. Today, Beloit is actually known as the home of broasted chicken.

L.A.M. Phelan invented the broasting technique in 1952. He had been in search of a frying technique that would allow him to prepare fried chicken quickly.

However, unable to find a frying technique that could work efficiently while producing a high-quality product, Phelan set about creating his own technique.

After months of research, Phelan eventually settled for the technique, combining the components of a pressure cooker and a deep fryer. Not only did this frying technique allow him to produce fried chicken quickly, but the results were also outstanding.

A year after that, L.A.M. Phelan unveiled his groundbreaking deep-frying technique, which resulted in the creation of the Broaster Company.

What makes broasted chicken so different?

Broasted chicken is prepared when it is deep-fried under pressure. However, to completely broaster the chicken, it needs to be deep-fried in a broaster and coated with the secret blend of spices and marinade that accompanied the invention.

Before frying, the chicken is marinated and dusted in a special mix of herbs and spices that have remained relatively the same since Phelan introduced his invention and cooking technique.

Broasted chicken is typically soft and moist on the inside and golden and crispy on the outside. This is hard to achieve with regular air fryers or deep fryers.

Broasters are not sold for home use. As such, if you want to enjoy genuine broasted chicken, you have to go to a restaurant that specializes in cooking broasted chicken. We all know one of those…it begins with a K!

The largest commercial Broaster on the market has the ability to produce about 22 pounds of chicken in just ten minutes! Because the chicken cooks quickly, the process loses only a small amount of moisture while reducing the amount of oil absorbed by the chicken.

What’s the difference between broasted chicken and KFC chicken?

The Broaster came before KFC started as a company. As a matter of fact, the Broaster was the very first patent ever recorded for a commercial pressure fryer.

As a result, although the KFC method of deep frying their chicken under pressure is essentially broasting, the company may not use this term as it is trademarked.

When Phelan was creating his commercial Broaster, The Colonel had not yet adapted his pressure fryer. The KFC pressure fryer came later on, but both cooking techniques generally rely on pressure frying.

So, here’s the step-by-step process of how Kentucky Fried Chicken is made. Of course, it’s broasting, but we can’t call it that!

We hope you understand now what “broasting” is. It may not be the healthiest way to cook chicken, but it sure is one of the tastiest! 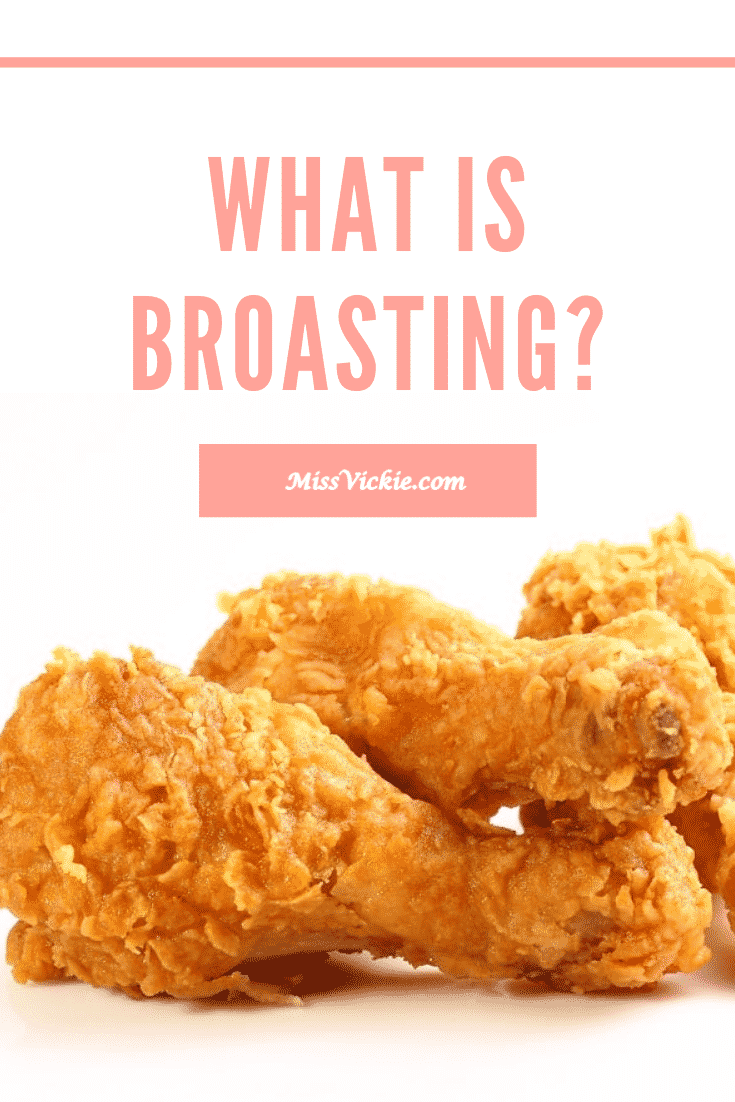