Cashew paste is one of the most delicious additions to sauces, ice creams, and smoothies since it adds a rich and creamy texture to the recipes.

However, it can be expensive and hard to find, but there are various substitutes that can offer similar flavor and texture.

Hazelnut paste is one of the best substitutes for cashew paste as it has the same earthy flavor and rich texture. In addition, it adds smoothness and creaminess to the recipe. 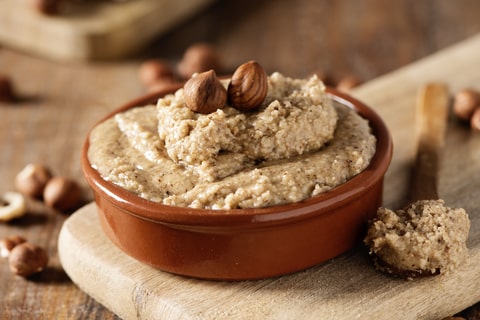 Hazelnut paste has a nutty aroma and can be used in dessert recipes. Also, it makes a great bread spread, and it’s easy to find in the supermarkets.

Pine nut paste is a suitable replacement for cashew paste, but it has a higher oil content. It has a creamy texture, but the flavor and aroma are extremely strong with a woody undertone.

When you use it in the recipe, always use less as compared to cashew paste to ensure it doesn’t overpower other ingredients in the recipe. 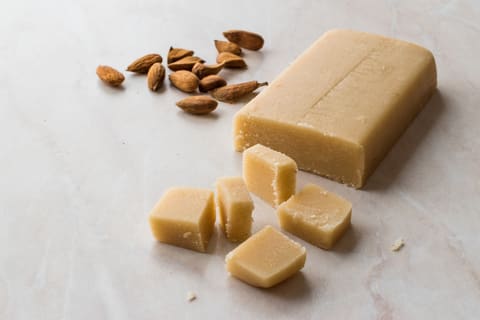 If you want to stick to the nutty spreads and pastes, almond paste is a great option. Almonds are crushed for making the paste, which leads to a strong almond flavor.

However, almond paste has a very mild aroma. It is also known as marzipan and adds a rustic and creamy texture to the recipe.

The store-bought almond paste has additive sugar, which leads to a sweeter flavor, so keep those sweet tones in mind. On the other hand, if you don’t want artificial sugar content, just crush the almonds to make your own paste.

Tahini is not a nut-based option, but it tastes well in the majority of recipes that need cashew paste. It can be used for replacing cashew pate in savory recipes, such as hummus.

It is usually used in the Mediterranean and the Middle East regions. Tahini is likely to have a light color since it is made from unroasted seeds. 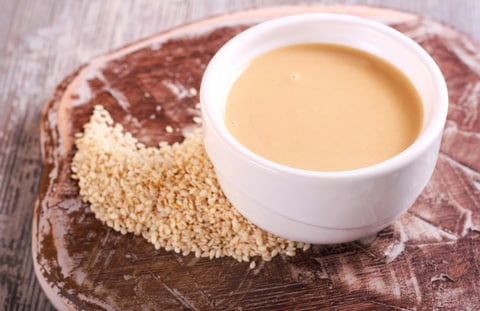 However, it has a slightly bitter taste, but it is a suitable option if you want to add a bit of tanginess and nutty flavor to the recipe. Lastly, it adds a smooth texture.

The sunflower seed paste is an apt substitute for cashew paste if you want to copy the flavor and texture. This paste will add a mild nutty flavor to the recipe. 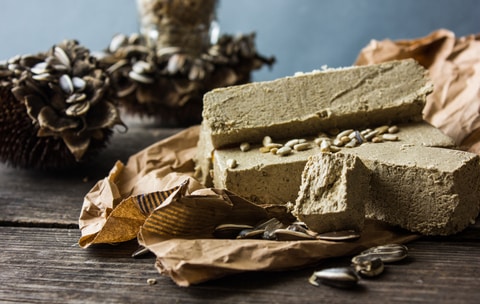 Poppy seed paste has similar consistency when compared to cashew paste, but it has a sharper color. It has a mild nutty, and woody flavor. 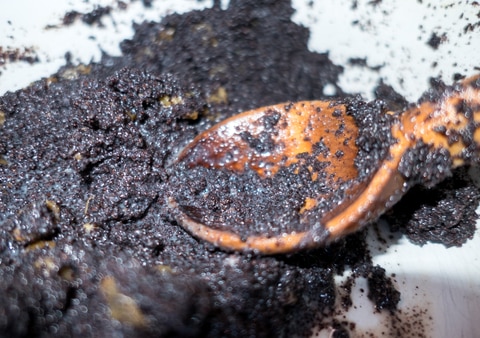 Lastly, it has a blue color, which will turn your recipe blue. This is why you can add poppy seed paste to replace cashew paste in bun fillings and sweet treats only.

Cream cheese is a dairy replacement, but it can replace cashew paste in recipes that should be served cold. This is because it is not possible to heat the cream cheese.

It adds a creamy texture to the food, but it has a slightly tangy flavor. For this reason, you can use cream cheese in curries and savory recipes as. Cream cheese has a luxurious and rich consistency, making it easy to mix. 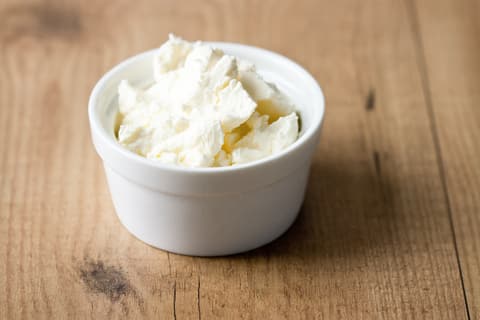 It can be used in dips, frosting, toppings, and cheesecake. However, you must remember that cream cheese has more fats.

Heavy cream is one of the best substitutes if you want the same richness and creaminess as cashew paste. Heavy cream is basically derived from fresh milk. Heavy cream has a higher percentage of fats, generally ranging from 36% to 40%.

As far as the flavor is concerned, heavy cream doesn’t add much flavor to the recipe, and there is no nutty flavor either. It can be added to no-bake pies, creamy pasta, scrambled eggs, and cream biscuits. 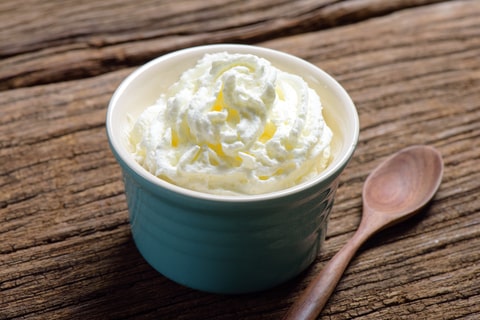 Depending on your flavor preferences, you can use whichever type of yogurt you want, including Greek yogurt or flavored yogurt. However, it is better to use unsweetened and plain yogurt because it won’t disturb the flavor of your food.

It can be used in dressings, salads, eggs, fruits, shakes, and desserts. In addition, yogurt is good for health as it’s a rich source of probiotics, protein, and calcium.

Sour cream can only be used to replace cashew paste in savory recipes because of its sour flavor rather than the nutty flavor. For this reason, you can add it to soups and baking recipes. 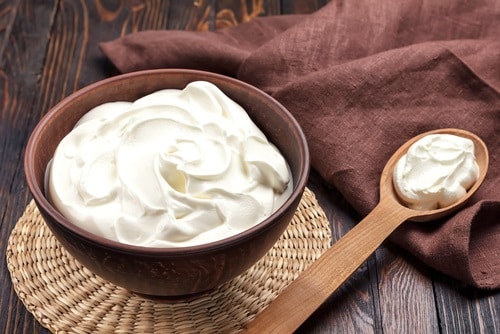 Cornstarch is derived from corn grain, and it’s one of the most used food ingredients. Usually, it is used for thickening the soups and sauces. So, if you had to use cashew paste for thickening the texture of your recipe, you can opt for cornstarch. 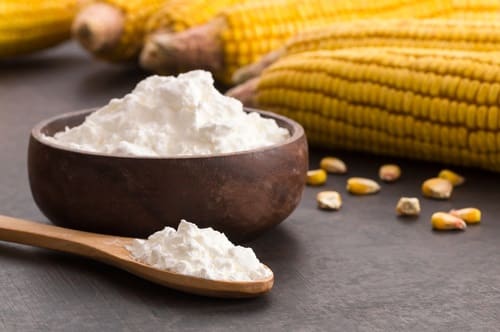 It can be added to soups, sauces, gravies, curries, casseroles, and marinades.

Walnut butter is a suitable choice as it has a nutty flavor, and the texture is spreadable. It is a reliable source of healthy fats and dietary fiber, which means it will help regulate blood cholesterol levels and prevent the risk of heart diseases.

It can be used on toast, fruits, and smoothies. 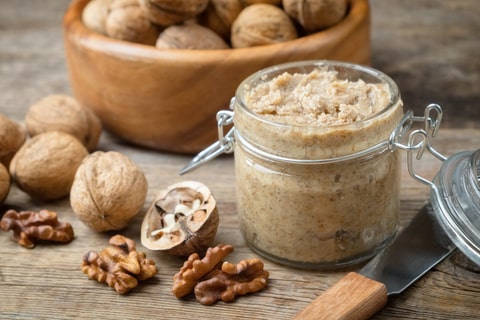 Pecan butter is loaded with antioxidants, fiber, and healthy fats. It has a very silky texture that can be easily spread and mixed.

As far as the uses are concerned, it can be added to yogurt, baked recipes, toasts, or any other recipes that you need the cashew paste for. This is because the texture and flavor profile is quite similar. 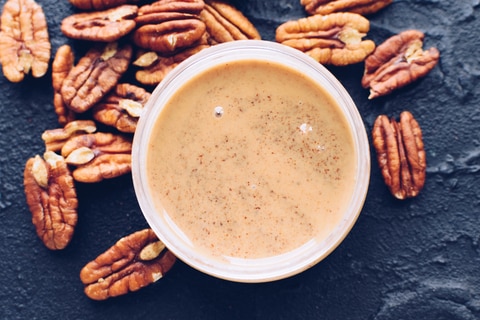 If you are allergic to nuts, you can opt for sunflower butter to replace cashew paste. Sunflower butter not only has the same texture but it’s also low in sugar, making it a healthier choice.

It can be added to smoothies and oats but don’t use it for baking recipes because heating it develops a bitter flavor.

Pea butter is a gluten-free choice for people who cannot consume gluten-based foods. However, it can be slightly expensive, but its similar flavor makes it worth the price. It can be used in place of cashew paste in baking recipes and on toast.

Coconut butter is not very common, but it can add a good flavor to your recipes if you cannot add cashew paste due to any reason. It is the best option for people with heart problems because it improves their metabolism and immune system. 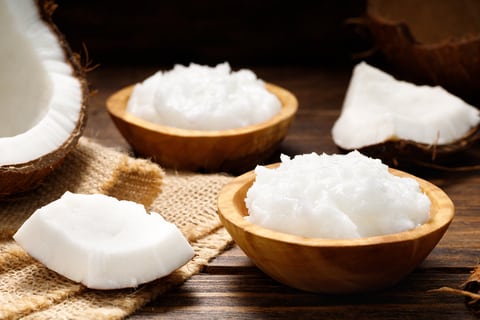 However, you need to add the unsweetened version to make sure the recipe works out fine but remember that its texture might be stiffer.

Soy nut butter is made from ground and roasted soybeans. It makes a suitable substitute for cashew paste because of the same thick consistency, nutritional profile, and taste.

It is actually a suitable option for people struggling with heart issues as it helps lower cholesterol levels and triglycerides. It can be added to sauces, oatmeal, yogurt, fruits, toast, and baked goods. However, you need to avoid soy nut butter if you are allergic to soy. 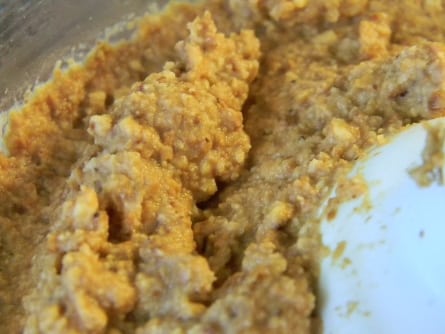 Granola butter is one of the best substitutes because it adds a nutty and earthy flavor. It is actually a gluten-free and nut-free spread and only has oats, along with coconut oil, olive oil, and flax seeds.

It has higher fiber content and can be used in dressings, pancakes, bread, and sweet sauces. Also, it adds a delicious flavor to yogurt and oatmeal.

Cashew paste is a versatile ingredient included in multiple savory and sweet recipes. However, if you cannot use it, there are plenty of other healthy substitutes to complete your recipe. 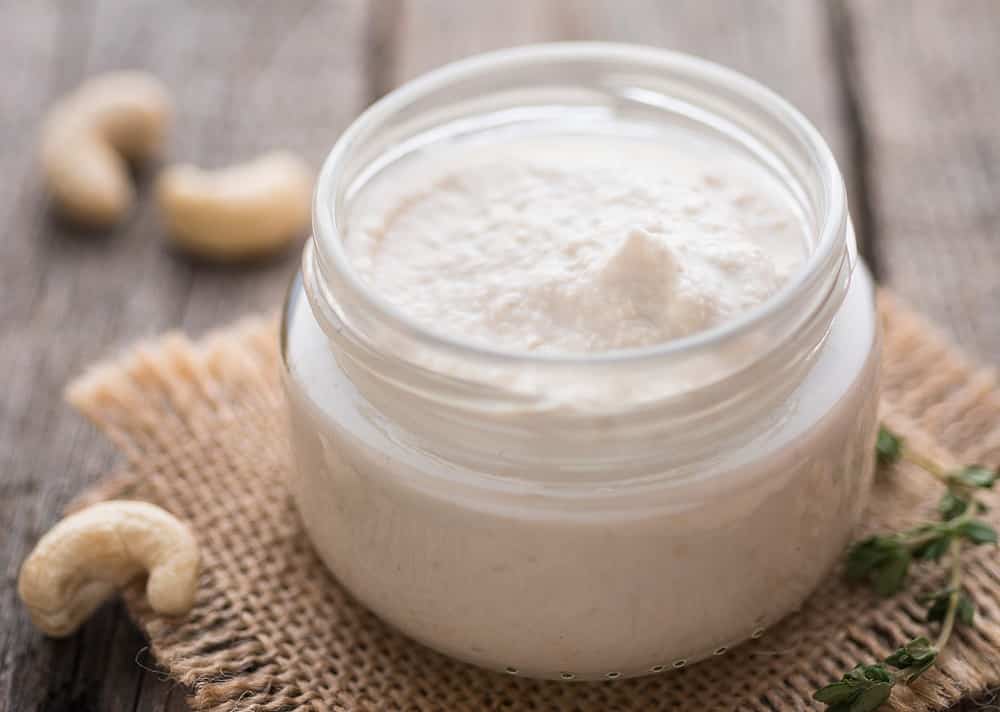