Cream cheese is a popular ingredient used in many forms of desert and even in some other types of foods. It is made from a mixture of milk and cheese, along with some other minor ingredients which give it the texture and feel that it has. This type of cheese features a mild taste and a pleasant texture. But, all of this changes when it goes spoiled. That said, today we’re going to be discussing the effects of eating spoiled cream cheese. If you’re interested in this topic, read this guide as we discuss everything there is to know regarding the matter.

It goes without saying that eating spoiled cream cheese is not something that anyone should be doing. There’s a reason why cream cheese of this kind is called spoiled and that’s because it’s gone bad. With it going bad it comes to a lot of detrimental additions into the mix. These aren’t detrimental only to the cheese, but also to everyone that might end up eating it. There are absolutely no benefits to eating spoiled cream cheese.

However, you can certainly count on there being lots of disadvantages to it. One of the main and perhaps the best examples of this is how eating spoiled cream cheese can end up messing with someone’s health. What causes the ingredient to go bad in the first place is bacteria and other external influences which completely ruin it from the inside out. These bacteria are also detrimental to humans when it goes inside of their system.

So, make sure that you never give them away inside your body by preventing yourself from eating any kind of spoiled foods, including cream cheese. Those that do end up eating it will likely get food poisoning, an upset stomach, digestive issues, or other similar issues. Luckily, avoiding spoiled cream cheese is easy enough to do. For those that want to learn more about how to do so, continue reading as we discuss some of the best ways to make sure users don’t end up eating cream cheese that’s gone bad.

How to Tell if Cream Cheese is Spoiled?

There are many ways to tell if the cream cheese is spoiled. The most obvious indicator is the taste, which should make it more than easy for anyone to avoid this kind of food. If the taste of the cheese is disgusting or off in any way, dispose of it immediately as it’s almost certainly spoiled. However, if you don’t want to risk the event taking a single bite and would like to know if it’s gone bad in advance, there are other methods as well.

This includes things like trying to test the cream cheese’s texture. If it’s a little thicker than usual or off in any way, that means it’s likely spoiled. Additionally, the appearance can also help users figure this out. Spoiled cream cheese will be discolored and will feature a noticeably different appearance. 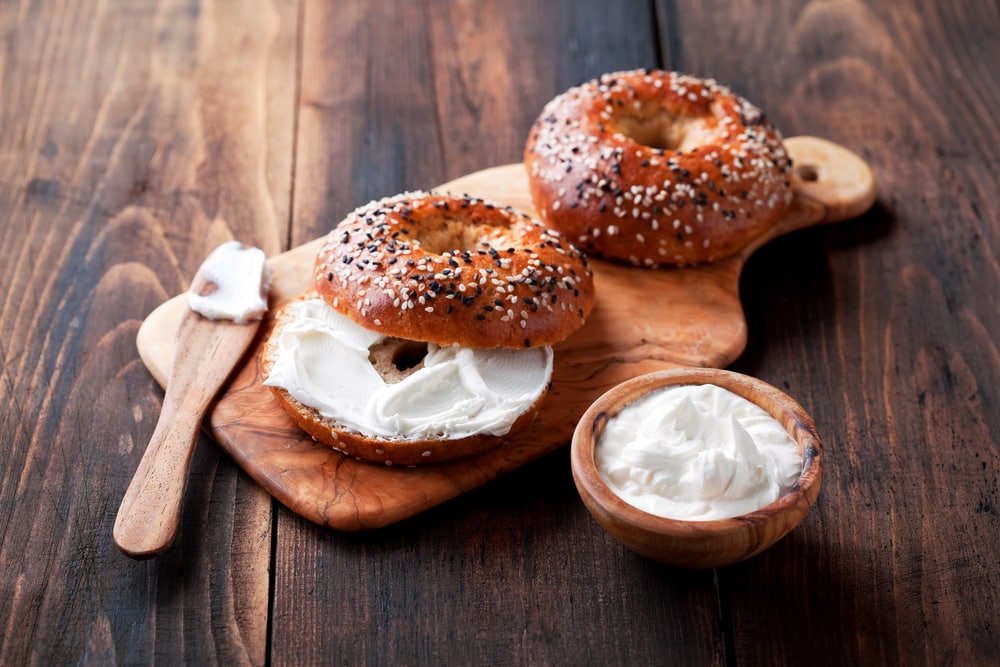