Everyone has different taste buds, which is why everyone applies different techniques and methods to cook their meals. When it comes to cooking meat or preparing roasts in pressure cookers, the cook of a family must be all aware of its working and tactics. The pressure cooker is a great device for preparing meals in quicker time as compared to those traditional pots. However, some people ruin their roasts by overcooking them. Yes, you can overcook a piece of roast in a pressure cooker but it would most probably lose its tenderness and juiciness. Instead of overcooking, you are recommended to apply some quick helpful tips for your roast/meat to get cooked well inside the pressure cooker.

Despite, overcooking roasts depends upon the meat you are taking, either it is a red meat or simply a chicken roast. If you are fond of roasting and frying, you must have a fair idea about different meat types cooking at different timings.

What Is Pressure Cooker, What Does It Do?

Pressure cookers are created to prepare full meals in a shorter time as compared to conventional pots and pans. This phenomenon is carried out by artificially producing a high atmospheric pressure inside the pot, this pressure lets the trapped water and steam to climb up a high temperature, which is quite well above the normal boiling point of water. Similar to other cooking methods, a pressure cooker gives you either tenderly cooked or tough meats. The texture of the food you get depends upon the way you use it.

Can You Overcook A Roast In A Pressure Cooker?

Now the question arises about the working of the pressure cooker. It boils water and expands the water vapors by creating clouds of steam which later expands throughout the environment inside the pot. The created steam is captured by pressure cookers which are kept inside with the help of a tight lid.

The environment inside the pot gets further pressurized with an increase in temperature. Later on, the exerting pressure takes the temperature around 257 degrees Fahrenheit. The transformation of water in the form of heat cooks your meal much better than the traditional pots. This is how your pressure cooked meat and roast is much tendering and juicier.

Although keep in mind that you can’t the same original taste of your food with overcooking it and that it inside the pressure cooker, it will steal away the required taste of your roast. Keep on reading to know HOW.

Do Not Overcook Meat/Roast In Pressure Cooker. Why?

The cooking experts have never suggested overcooking meals within a pressure cooker. There are a lot of reasons behind that. Mostly probably pressure cooking ruins your roast’s taste and juiciness.

Unfortunately, once you are done overcooking a piece of roast in the pressure cooker, there is no going back. After overcooking, you have nothing but a tasteless pile of dry, dulled crunchy, numb fibers and there is no possibility of gaining the lost moisture of your cooked roast back. There wouldn’t be any way out to get your tender and juicy piece of deliciously cooked roast which is why no kitchen expert suggests overcooking roasts/meats under pressure cooking.

For example, the same slab of beef might have different pressure cooking rates based on its sliced pieces. How? The sliced size indicates how fast the heat would reach the center of the meat to cook it thoroughly.

Another major factor to take care is the amount of heat you are giving to your meat, make sure that you keep a proper check on the roast inside your pressure cooker. Keep a cooking thermometer if want the meat to get cooked perfectly at the perfect pace maintaining the meat’s natural moisture. By now you must have a fair idea about how overcooking the roast inside a pressure cooker is a BIG NO from most of the cooking experts.

How Quickly Does Roast Cook In Pressure Cooker?

A ready to cook roast has the longest path for the heat to travel alongside and reach the center of the meat from the outside. The average time is approximately about 45 minutes. However, if you sliced the meats for the roast into 1-inch stewing chunked slacks, then it might need 20 minutes to get cooked thoroughly. On the contrary, the crushed and grounded beef takes only about 5 minutes.

Overcooking Is Different From Thorough Cooking:

Want to know the major difference between these two cooking techniques? Remember that the amount of taste the first-time thorough cooked meal is going to get you is far better than the overcooked food, that too inside a pressure cooker. You must cook your meal thoroughly at first to avoid the overcooking.

Any Tips For Cooking Roast In A Pressure Cooker?

Here are some quick tips:

Overcooking roast inside the pressure cooker is surely possible however kitchen experts refuse to apply the technique of overcooking. It is because overcooking steal away the original juiciness and tenderness from the meat of your roast. Instead of overcooking, you can always cook your food thoroughly in the first go. 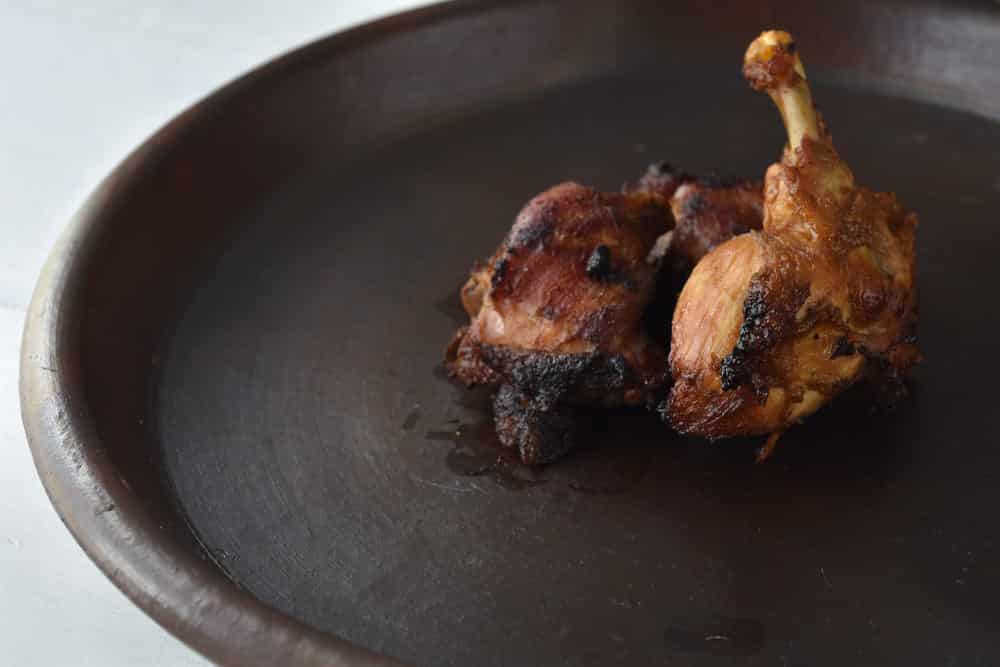