However, it can do so much more than that. It also has a saute function which is wonderful for getting good color on your food before pressure cooking or slow cooking it.

Did you know that you can also use this appliance as a slow cooker? An Instant Pot is what is known as a “multi-cooker” so in that sense it’s much more versatile than an ordinary pressure cooker. 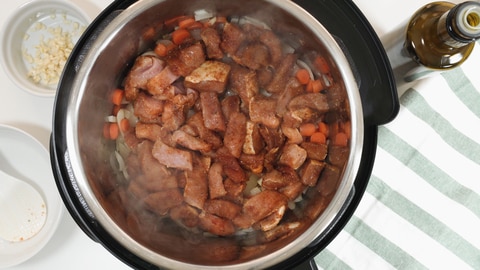 We all know that you shouldn’t open a pressure cooker while it’s working so many people wonder if it’s okay to open an Instant Pot while using it in slow cooker mode.

We’ll give you a straight-up answer – YES, you can open the lid while slow cooking. However, you do need to be careful.

You Can Open Your Instant Pot While Slow Cooking!

If you are slow cooking in your Instant Pot, using the lid that comes with the pot, and are wanting to open up your cooker, then make sure you’re safe by observing the following precautions:

How to Use An Instant Pot to Slow Cook

If you want to use your Instant Pot for slow cooking, you’re going to need to get a glass lid. That’s because the lid the pot comes with is a pressure cooking lid that forms a tight seal and has a pressure valve on it.

Slow cooking requires a glass lid that will let some of the steam escape during the cooking process. It is possible to use the pressure lid for slow cooking by setting the lid on “vent”, but it is better to invest in a glass lid. 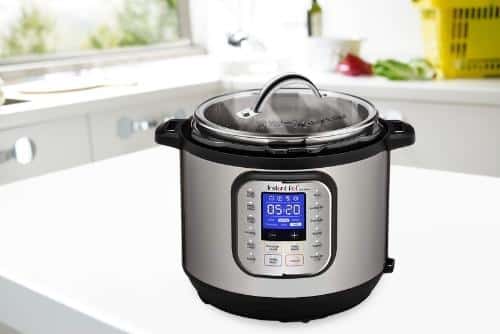 They’re available on Amazon for less than $15. 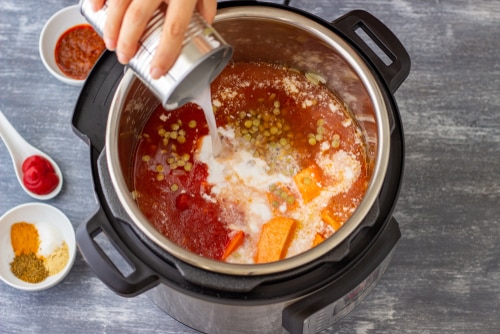 You Can Open the Lid But Try Not To!

Before you lift that lid, let’s examine why you want to…

While it may be tempting to open the lid just to check on how things are going or perhaps taste the food, this isn’t a good enough reason.

You also don’t need to stir food in a slow cooker. Provided you have put liquid in, the food will not stick to the bottom of the pot.

However, you may want to add some seasoning or thickening or add an ingredient you’ve forgotten. This is fine to do but bear in mind that slow cookers work by trapping heat and cooking food slowly. 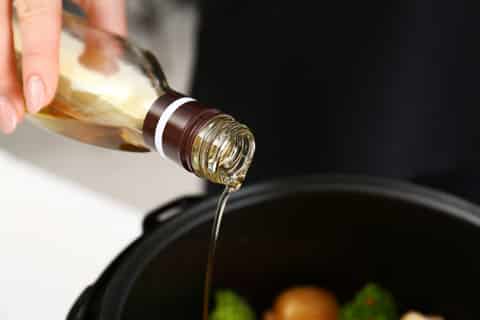 Each time you lift the lid, heat is lost. A lot of heat (between ten and twenty degrees). The appliance then takes a while to get back up to temperature.

If you have to lift the lid, do so quickly. Try to do it at the end of the cooking time – say, in the last hour. This is because most of the cooking will have been done by then. 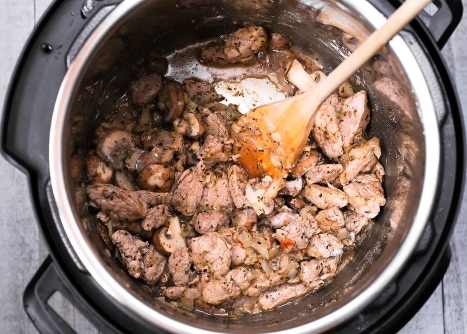 Add on an extra five minutes or so of cooking time for each time you lift the lid. Add even more if you stir the contents too. This is because as you stir the food, even more, heat escapes.

We hope this article sets your mind at rest about opening your Instant Pot while you’re slow cooking. It is simpler if you have the glass lid, as you can simply lift it.

If using the pressure cooker lid, you need to make sure the vent is open and no pressure has built up. One word of caution – try not to open the lid too often during the cooking cycle as heat is lost each time.

The appliance then takes time to get back up to temperature. This can extend your cooking time considerably. 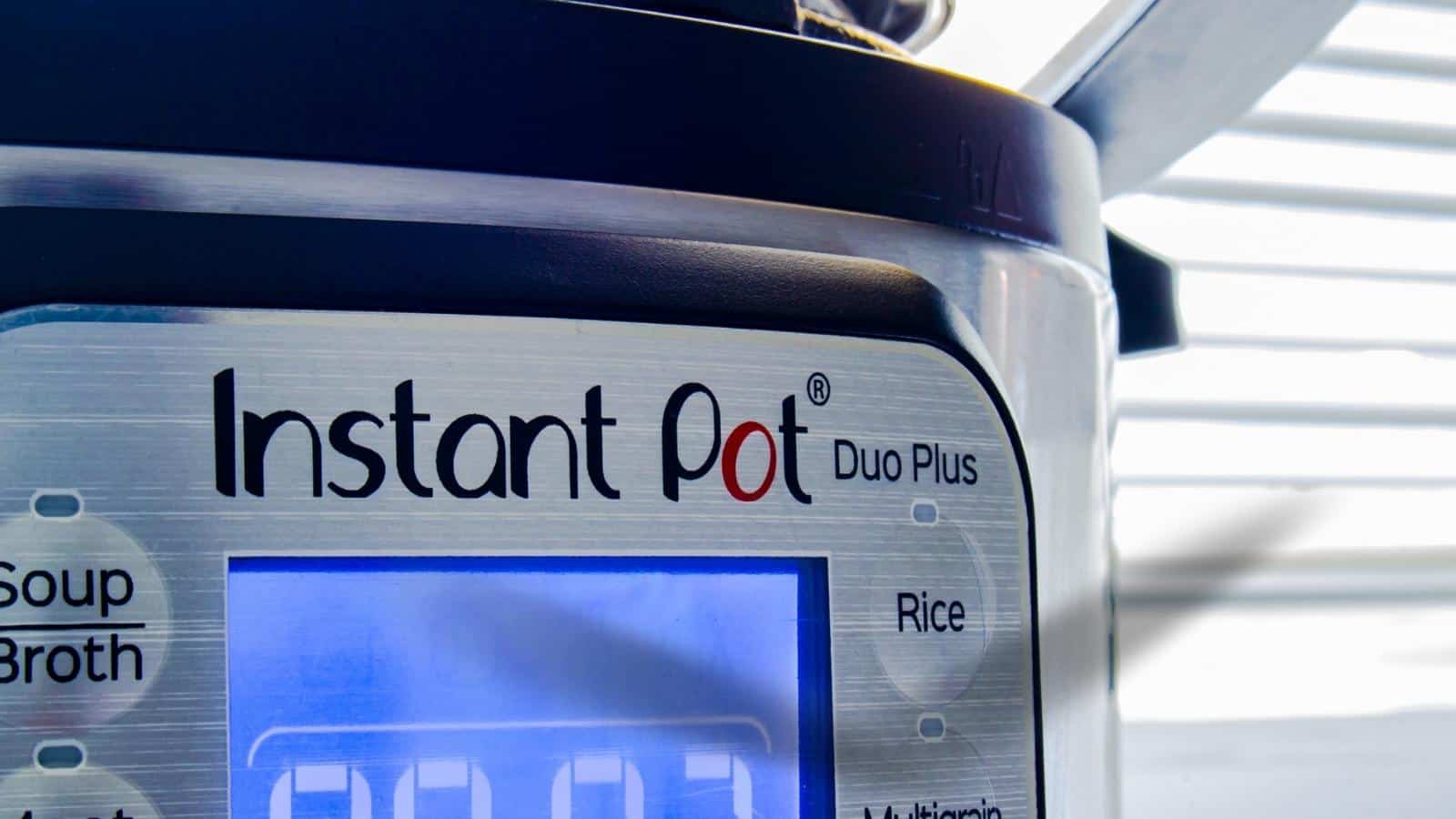