In ancient times, women would start cooking dinner at noon because there was a trend of slow cooking. The slow cooking brings out the deepest of the taste and essence of the meal. However, people aren’t free enough to opt for slow cooking since they have tight schedules to follow. But the advanced technology has got everything covered, and they have designed the crock pots for slow cooking.

For reaching the high-temperature range, four hours are required, and with low temperature, the duration will increment to eight hours. Once this temperature has been harnessed, it will have hours of retainment, so that the cooking time is reached. For more information about slow cooking temperatures with a crock pot, we have rounded up this article!

Which Is Better – Low Or High Temperature?

The prime difference between the low and high temperature is the time essential for crock pot to reach the simmering point. We have already shared the optimum temperatures for heating up the pots. It is essential to add at this point that slow cooking will take a longer time, but it is best for taste and flavor development. On the other hand, fast cooking will compromise on taste.

With this being said, it is important that you follow the exact recipe rather than taking shortcuts because shortening the cooking time will only lose the flavor. However, if you have to run some errands or cannot attend to the food for any reason, the temperature can be adjusted according to the cooking time, so there is no over-cooking or under-cooking.

In this section, we have added the time adjustments for Crock Pot according to the temperature, such as;

With these points, you will be able to improvise the cooking times to ensure there is no overcooking. In addition, if you used the advanced models of Crock Pots, they come with timers, so it will switch off automatically on the set time.

The Cooking Temperatures for Crock Pot

On the other hand, you can always switch to medium cooking temperature because it offers temperature in-between high and low. As for the cooking pots, every crock pot has a different temperature setting because every slow cooker works differently.

If you want to cook something in a Crock Pot, we have added additional guidelines in this section;

To be honest, any meat is suitable. However, the beef, pork, and lamb cuts, along with veal back and fillet are suitable for barbecue. As for the slow cookers, you can cook cartilage, tendon, and connective tissue (affordable cuts) in them. To be honest, these low-quality meat types will become tastier and juicier! 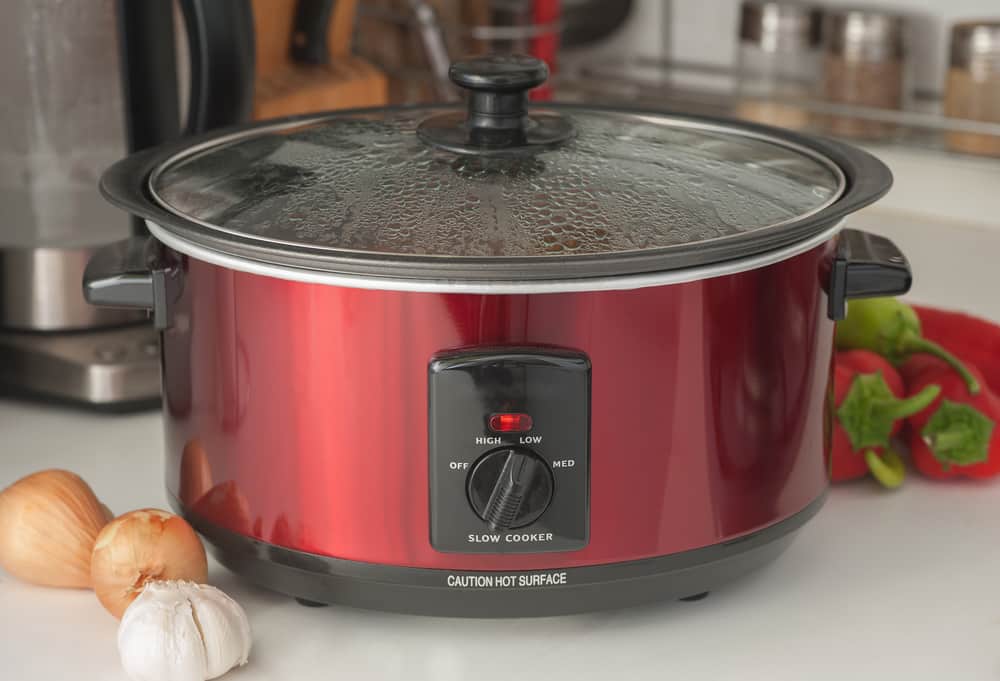