Pressure cookers and slow cookers may seem like they perform the same function and operate the same way. However, there are some major differences between the two that are worth noting before you attempt to invest in either. Both the pressure cooker and the slow cooker have their advantages in the kitchen so you will need to determine the gadget that will suit you best in order to make an informed decision. For instance, both gadgets are convenient for having in the kitchen because they allow you to prepare food easily but in totally unique ways.

Pressure cookers and slow cookers both function differently. Pressure cookers work by using pressurized steam to prepare food. All pressure cookers come with a tightly fitting lid that is responsible for trapping heat and steam inside the cooker. This created seal is what allows the pressure inside the pot to accumulate. It helps to raise temperatures which then allow food to cook evenly while retaining its moisture, taste, nutritional profile and color.

The pressure inside the pot also speeds up the cooking process. This helps cooking food to be ten times faster in comparison with other conventional cooking methods. Pressure cookers are ideal to have if you love to cook but are often time-constraining. You need a pressure cooker to allow you to cook food quickly and spontaneously and still experience delicious results.

Slow cookers on the other hand, as the name suggests, slow down the cooking process instead of making it faster as pressure cookers do. Preparing food in a slow cooker is not very different from preparing it on a stovetop. The slow cooker works by trapping heat at the base. The heat then flows through the cooker to prepare food slowly over extended periods of time.

Slow cookers typically come with various temperature settings that enable the user to set a fixed temperature for the cooking process. It is best to use slow cookers when you have plenty of time to spare or when preparing slow-cooked foods (e.g. certain tough cuts of meats).

What can you prepare with pressure cookers and slow cookers?

Pressure cookers come very highly recommended for modern home cooks because they are multifunctional. This means that you can use them to prepare different types of meals, sometimes even simultaneously. High-pressure cooking cooks food faster and it also breaks it down more efficiently compared to a slow cooker.

Slow cookers, on the other hand, cannot be used to make as many types of food as pressure cookers can. For the most part, the common usage of slow cookers is for preparing soft vegetables and rice. Slow cookers are also great for softening different types of foods (e.g.chickpeas, beans, marinating, tenderizing roasts) 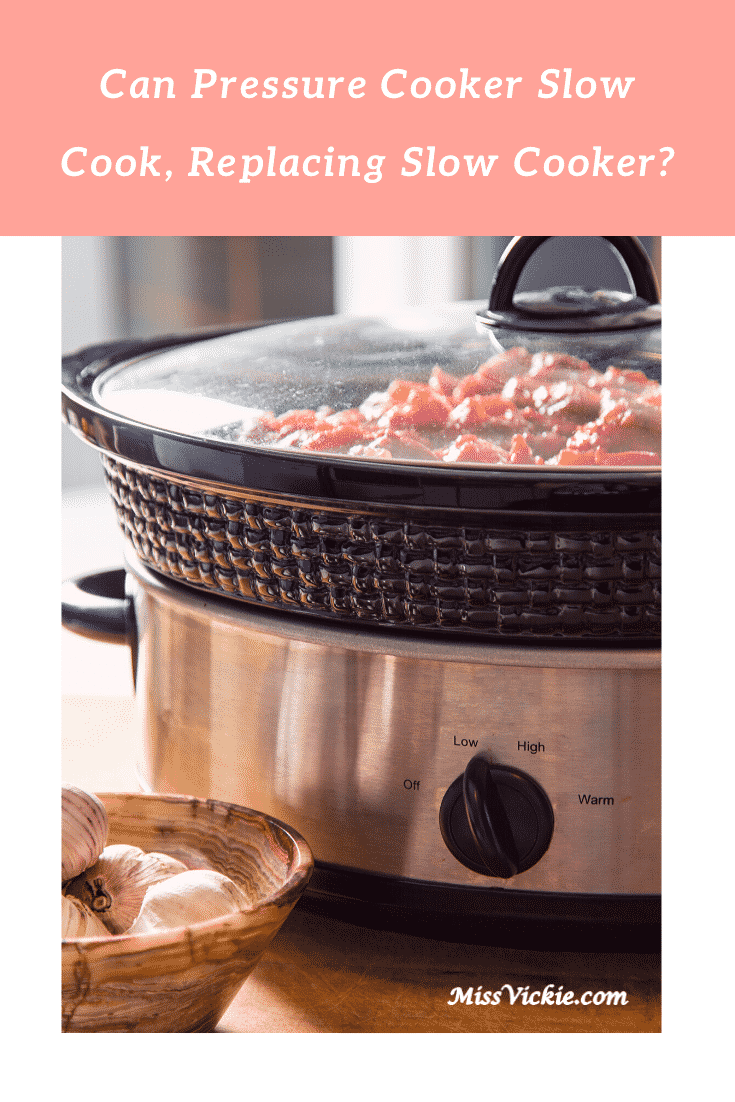