Calves are young cattle, and veal is the meat obtained from slaughtering young baby cattle. Meat from calves, regardless of their gender or breed, is classified as veal. To obtain veal-meat calves are butchered when they’re two hours old, two to three days old, or at most one month old. Depending upon its age, a calves’ carcass yields around 9 to 27 kilograms of meat. Which is why veal is more expensive than beef – something procured from slaughtering older cattle.

Aside from different meat-cut names, veal is tenderer, less beefy, and tastes more like pork than beef. Veal is often used in Italian and French cuisine to make dishes like sweetbread, vitel tonne, cotoletta alla milanese, ossobucco alla milanese, veal fillet, scaloppine, schnitzel, etc. Most of these dishes bread the meat for frying, which is the most common way of cooking veal used throughout the world.

Whether if it’s the price tag, the animal cruelty scandals, or your palette that refuses to eat a piece of veal. Finding a substitute is a must if you want to cook a delicious veal recipe.

There are a few veal substitutes, but since veal is the younger form of beef, we can start by explaining why beef is not the perfect veal substitute.

A calve that has lived for 12 months is considered a fully grown Cattle. The calves’ meat goes from a light pink to a vibrant-red color when fully matured. Depending upon the cut, beef can have a light/strong beefy taste. Similarly, the beef’s texture can change from tough to tender as well.

Beef cuts like fillet and sirloin are most comparable in taste and texture to veal. Especially beef fillet, which has a mild beef flavor, slight chew, and tender meat. Sirloin is less favored because this beef cut has a strong beefy flavor as compared to a beef fillet.

Beef cuts that are tough and have a strong-beefy flavor are used as a veal replacement when slow-cooking.

Unlike beef that comes from the same animal, pork comes from a completely different species. But surprisingly, some pork-cuts taste quite similar to some calve-cuts. Which is why pork is considered a good veal substitute.

Pork is the meat that is harvested from a domestic pig. Pork meat has a mild sweet flavor, it’s juicier and relatively tenderer than a similar cut of beef. Depending upon the meat-cut, the veal is sometimes slightly more-tender than pork.

Pork is commonly known as the best veil substitute. It’s so common that most mid to low-range restaurants in Germany and Austria make their schnitzel with a pork cutlet. A pork escalope is pounded flat, breaded, and then fried to make a veil schnitzel substitute.

Other than pork loin and tenderloin, you can use thick-cut pork chops as a substitute for veal chops.

Grounding meat (pork, beef, or veil) changes its flavor and texture. As a result, previous veil substitutes might no longer taste the same if used as a replacement for ground calves meat. A fifty percent ground pork and fifty percent ground beef is the perfect combination that emulates the taste and texture of ground veal. Ground beef gives the mixture a mild beefy flavor, whereas ground pork gives it the signature veil tenderness.

Lamb, goat, and ox meat, no matter any cut, have a strong overpowering flavor. Their meat-cuts are relatively less tender as well. As a result, meat cuts from lamb, goat, or ox are considered second-class veil substitutes. 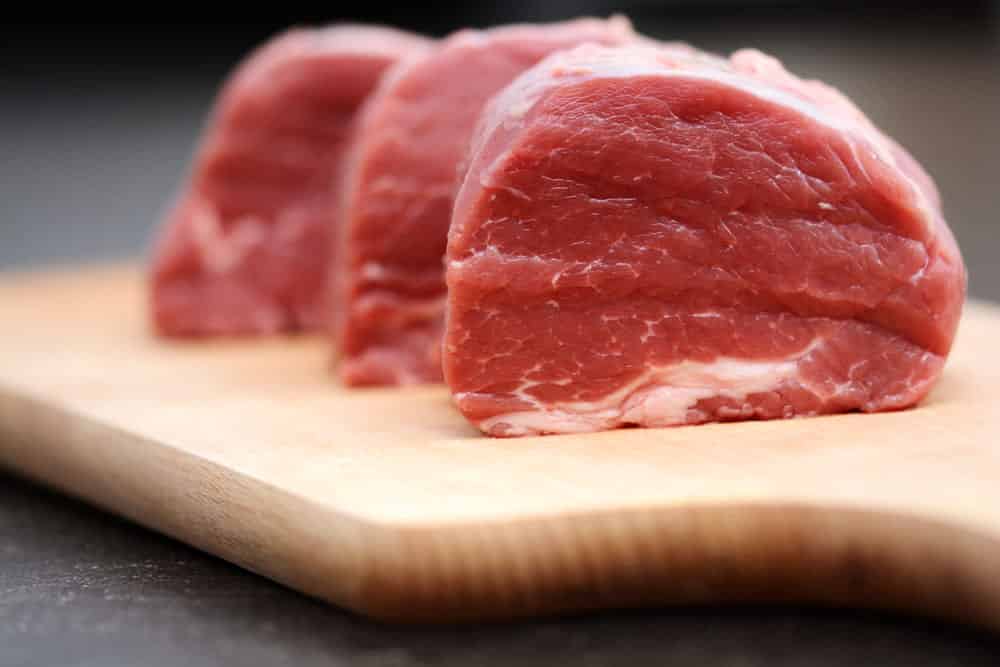