Pork is something that needs no introduction at all. Whether you’re someone new to the culinary world or a completely experienced food veteran, pork is a type of meat that just about everyone is familiar with, depending on where they live.

However, the one thing that some of the more inexperienced chefs may not be all too familiar with is the different types of pork and where they are best used.

Ground pork and pork sausage are two very different ingredients, but with the right insight, they can be used similarly.

We’ll be taking you through a comprehensive comparison of ground pork vs. pork sausage so that you always know which ingredient to turn to when trying out a new recipe.

Whether enjoyed in a hamburger patty or served as the filling in a taco or tortilla, ground pork is loved worldwide for its flavor and versatility.

Yet, pork sausages can be just as tasty when used in the same way as ground pork. Both ingredients have many uses in the kitchen, and we’ll be taking you through a look at all the differences and similarities.

Ground pork takes a starring role in many meals, whether as the primary protein in stir-fry or the must-have half of almost every perfect hamburger recipe. It’s affordable, tasty, and ever-versatile.

Let’s take a closer look at all its defining characteristics and how ground pork compares to pork sausage.

The first difference between the two, which needs to be taken into account, is the type of pork that they are. It is obvious that they both feature pig meat, being two very popular varieties of pork.

Ground pork is basically pork in its pure form that offers the best balance of fat and ground meat for most diets and uses. Ground pork is made from ground pork shoulder or ground pork butt, both of which are extracted from the same region of the pig.

Ground pork has the most neutral flavor between ground pork and pork sausage. Essentially, ground pork is pure pork which gives it among the purest pork flavor available. 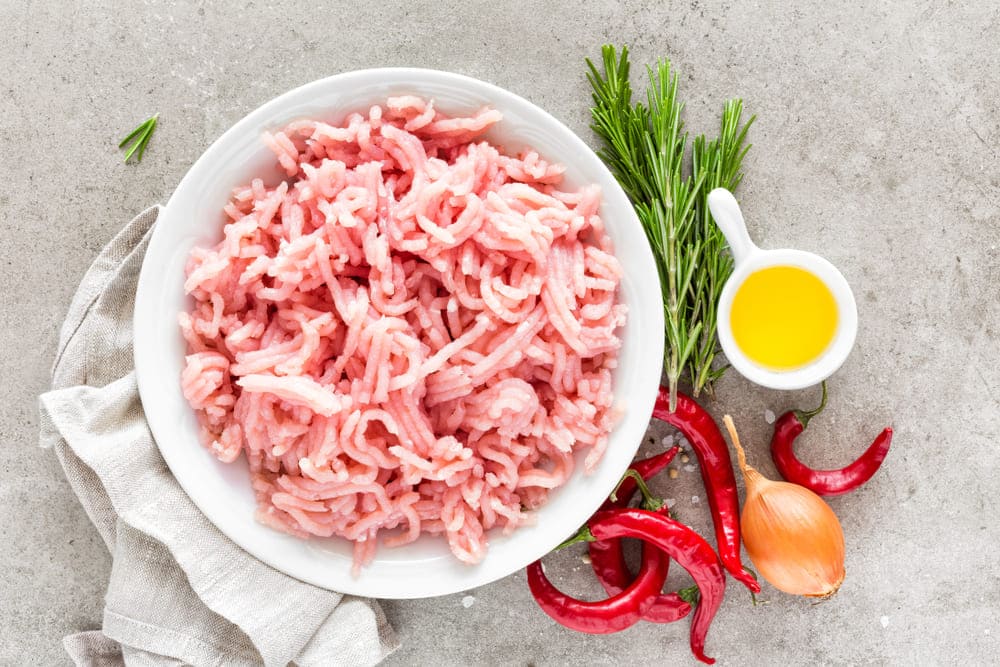 Ground pork is minced from fine-grain meat with a moderate degree of marbling which gives it a slightly fatty, rich, meaty texture with strands of pork of uniform thickness relative to the texture of the grinder.

Most ground pork is finer than ground beef but nowhere near as squishy and moist as ground veal.

Customers will never find ground pork pre-seasoned. When pre-seasoned, the ground meat is typically packaged and named according to its seasoning instead of being labeled ‘ground pork’ or ‘pork mince’ alone.

When To Use Ground Pork? 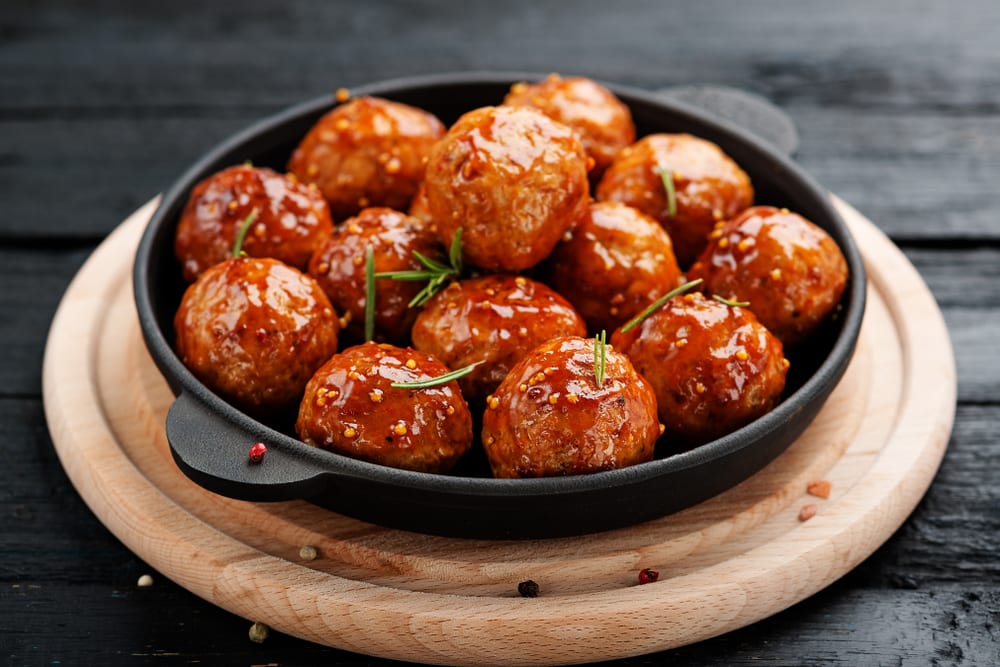 Ground pork is far more versatile than pork sausage. It can be used across endless applications. However, ground pork is a favorite ingredient of both pork and beef hamburgers. Countless forms of sausages include pork.

Pork meatballs are ever-popular, as is fried-off pork mince in a wrap, taco, or tortilla. From stir-fry to bolognese, ground pork by itself or combined with other types of meat imparts excellent mild flavor.

It only takes three to four minutes of frying in a little oil, fat, or butter to brown off-ground pork to perfection. Any longer, and the pork mince begins to dry out immensely.

If using a thermometer, once ground pork reaches an internal temperature of 160°F, it is done.

Otherwise, if cooking ground pork at a lower temperature for a longer period to bring out the flavor, pork can take as much as half an hour to cook, especially when cooked in a stock. 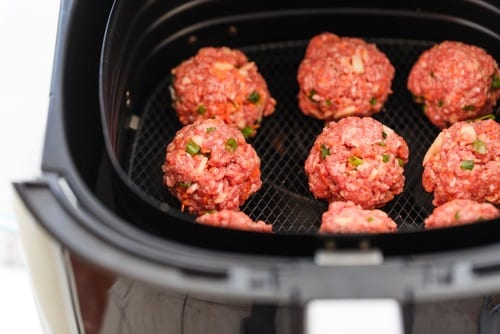 While prices differ from vendor to vendor, large chain stores like Walmart retail all-natural ground pork ground from pork shoulder for approximately $2.14 per pound, but one can expect to pay all the way up to $3.

Pork sausage is an excellent substitute for ground pork but always consider the seasoning of the sausage and adjust your recipe accordingly.

Otherwise, opt for ground turkey as a second-best, ground chicken next, and ground beef if you can’t get hold of any white meat.

The term pork sausage means different things to different people, but no matter what flavor you imagine, we can all agree that there are few other sausages that are as tasty.

Pork sausages can be cooked as is or uncased as used as you would ground pork. Here is a breakdown of all the similarities and differences between pork sausages, regardless of the type and ground pork.

Pork sausages most often include ground pork which is made from pork butt, pork shoulder, pork belly, or a combination of various ground pork meats.

There are also countless regional varieties of pork sausage, such as German Bratwurst, including white pepper, nutmeg, lemon peel, marjoram, caraway, and garlic, and Polish Kielbasa with nothing more than cloves and black pepper available.

Be sure to explore all your options if you’re a pork sausage fan, as there will always be new exciting flavor combinations to try. 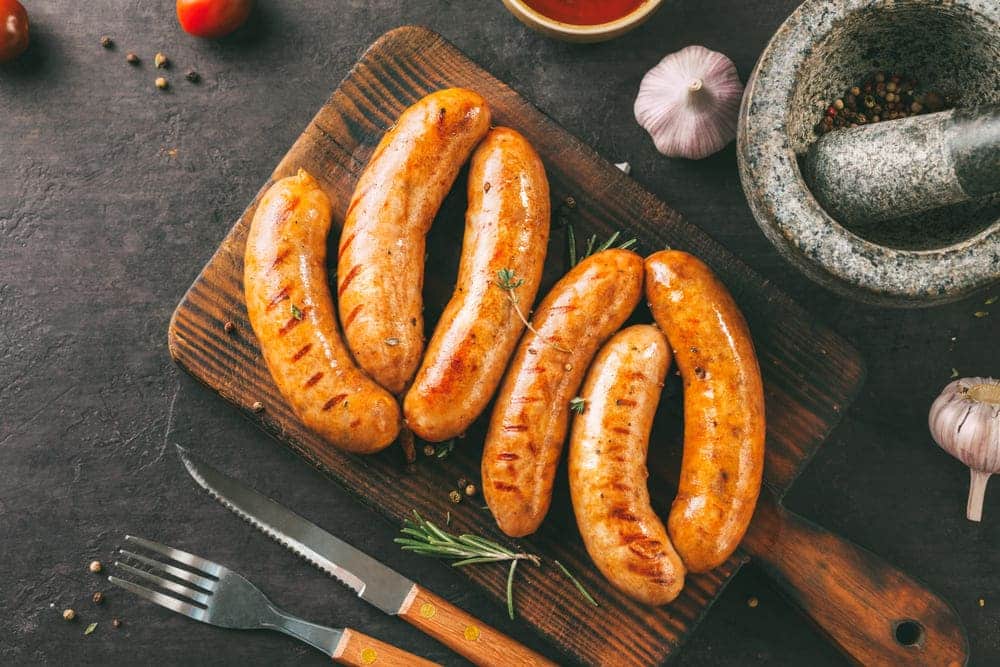 Due to being processed and either cooked or cured, pork sausage has a spongy, firm texture that’s crumbly once bitten or broken.

When To Use Pork Sausage? 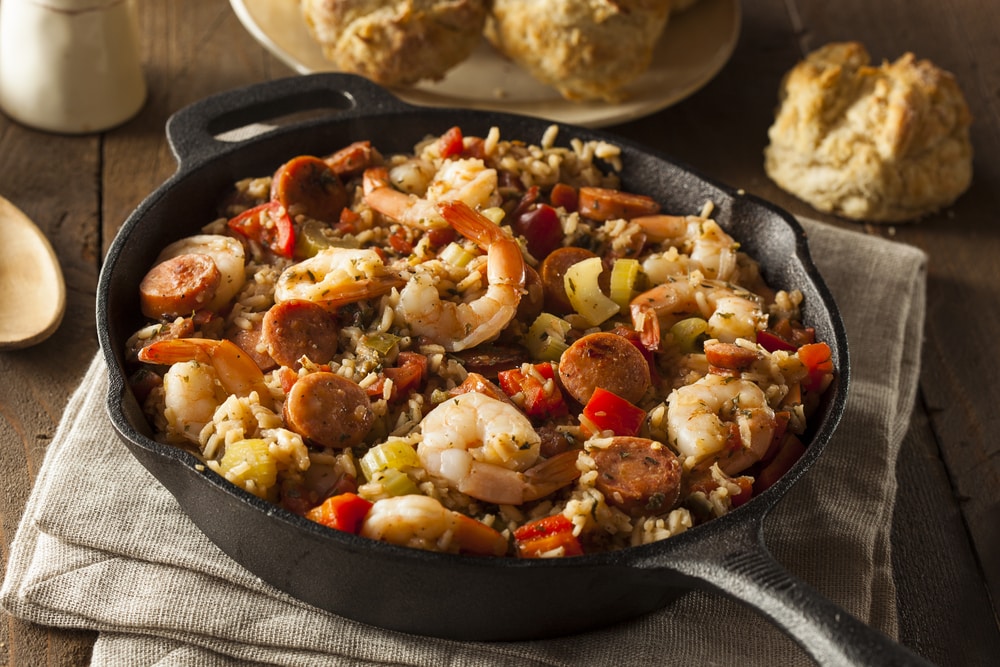 Pork sausages come out great when fried, roasted, or baked. Otherwise, uncase the sausage and add it to the burger mince to elevate the flavor immensely.

Uncased pork sausage can be added to any meat-based dish ranging from savory mincemeat for tacos and wraps to bolognese and casseroles.

Whole pork sausages typically take anywhere between 15 to 20 minutes to cook through. Extremely thick pork sausages can take up to half an hour before they’re done. Pre-cooked pork sausages fry, grill or roast in 10 minutes flat.

It is nearly impossible to name an average price for pork sausages because each variety is priced according to the quality of the sausage meat used and the size of the sausage.

This being said, you’ll generally find raw sausages selling for between $3 to $6 for a pack of six sausages, whereas smoked and cured sausages retail for approximately $4 to $8 per six-pack.

The best substitute for a pork sausage is a pork and beef sausage with a relatively even balance between the two types of meat. Second best would be a turkey sausage, followed by a chicken sausage.

Pork burgers are made primarily of ground pork and should also be a leading choice if they’re available, but mincemeat isn’t.

Vegans and vegetarians will find many mock meat breakfast bangers available, each of which comes very close to the taste of pork. Otherwise, opt for veggie fingers or cubed tofu.

One of the best substitutes for uncased pork sausage is ground pork seasoned with whichever herbs & spices match the flavor of the sausage that you were going to use.

Is Ground Pork The Same As Pork Sausage?

Ground pork is the primary ingredient in pork sausage, but no, it is not the same as pork sausage.

Depending on the recipe and flavor profile desired, many chefs prefer to include uncased pork sausage instead of freshly seasoned ground pork.

Flavors often develop over time, making the taste of pork sausage more complex than the neutral flavor of ground pork.

What Is The Difference Between Ground Pork And Pork Sausage?

Which Is Best Between Ground Pork Vs. Pork Sausage?

The best between ground pork vs. pork sausage is a choice that depends entirely on what you’re making. There are no bangers and mash without sausages, after all.

However, when working vice versa, uncased pork sausage is often a better alternative than ground pork, even when the recipe calls for pork mince.

This won’t always be the case as the sausage’s texture and flavor could spoil the intended end result, but always consider sausages as a substitute. 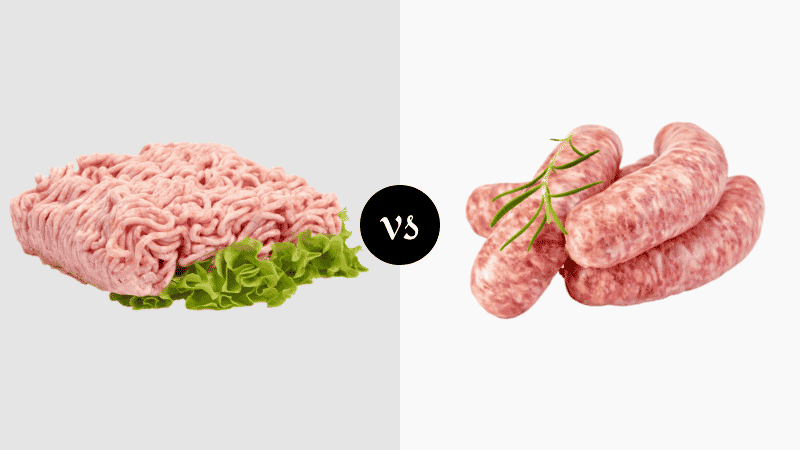