Rice can easily be identified as one of the most popular grains; rice is eaten in almost every part of the world. Differences in agricultural processes, climate, and the soil in various parts of the world have led to the development of many rice varieties.

Rice is rich in carbohydrate, and it has traces of protein, calcium, and Vitamin D. The statistics indicate that the volume of rice produced globally is one of the highest in the agricultural sector.

Rice has also become quite popular as a main meal in many parts of the world because it can be prepared quickly, and there are different exciting recipes to achieve delicious rice meals. With a pressure cooker, the cooking time for rice can also be remarkably reduced. This means the rice meal can be ready sooner. As a side dish, rice compliments meals such as fish, chicken, and a wide range of vegetables.

The history of rice cultivation in the United States can be traced to the early seventeenth century. The huge success recorded in rice cultivation made it necessary to promote commercial cultivation and eventually exportation. Rice was mainly grown in South Carolina, Texas, Louisiana, and California, to mention a few states. The soil quality in different parts of the country was extensively tested to know if it can support the cultivation of rice.

Over the years, it became necessary to find distinctive parameters to classify varieties of rice. The easiest way to achieve this is by regarding the size of different rice species.

Types and Varieties of Rice

The following are common terms used to distinguish different varieties of rice;

The long grain rice seeds are very common in the US. Long grain rice is known for resilience to diseases and excellent quality when cooked. These rice grains can be cooked by boiling and prepared in different ways to make the grains fluffy and firm. These rice grains are called long-grain because they are significantly thinner and longer than most rice varieties.

The medium grain rice is mostly found in regions such as Asia, and parts of Latin America. The rice grains are shorter than long-grain rice but also slender. Medium-Grain rice is highly demanded because it has a tender texture after cooking. This quality makes the medium-grain rice perfect for making rice based cereals and baby food.

It is essential for the rice to be processed before it is sold to consumers. The processing helps to clean the rice grains so the food can be consumed. Also, some rice manufacturers enhance the quality of their rice by adding essential nutrients during processing. Some types of processed rice are as follows;

Rice is classified as enriched when extra nutrients have been added to increase the nutritional benefits for the consumers. To enrich rice, manufacturers add nutrients such as Iron, Thiamine, and Vitamin D. enriched rice makes up for nutrients that may have been lost during processing.

Converted rice was developed in a bid to make rice grains fluffy and have a higher quality after cooking. This rice is prepared by steaming the grains; this can be done with a pressure cooker. After steaming the rice grains, the milling process will start to help retain the nutrients. Converted rice has a longer cooking time when compared to other rice varieties.

7. Varieties of rice all around the world

In the following part of this article, I will be writing about the most popular rice varieties grown in different parts of the world.

The origin of the Arborio rice was traced to Italy where it is still grown till this day. The Arborio rice is known for its starchy content and particular roundish shape. When cooked, Arborio rice has a whitish cream shade; the starch content makes the grains stick together, making it perfect for meals such as rice pudding and Risotto- an Italian dish.

Basmati rice has low starch content, and when cooked, the grains are separated. Basmati rice is grown in parts of India and Pakistan. It is also in high demand because of the aroma and flavor that makes a meal of Basmati rice delicious. Priced higher than the regular rice varieties, Basmati rice is becoming more popularly featured in top rice recipes.

In the market, you may also find the glutinous rice labeled as sweet rice. Glutinous rice is starchy, and after cooking the grains become translucent. It is perfect for making rice pudding, dumplings, and rice cake. This variety of rice is predominantly grown in many parts of Asia, such as Japan, Singapore, among other Asian countries.

The name ‘forbidden rice’ was adopted because this variety of rice was reserved for the Asian Emperors and other nobles. It is a special type of rice; after cooking, the grains are soft and have a splendid creamy aroma. The grains are black in color, but turn a dark purple shade after cooking. Forbidden rice is packed with many nutrients and also known for its aphrodisiac properties.

Jasmine rice is grown in Thailand and parts of the US. It is also in high demand and popular because of the soft texture of rice grains after cooking. The Jasmine rice also has an enticing aroma. In the market, Jasmine rice can be identified by its brownish or white color, and long grains.

Texmati is one of the genetically enhanced rice grains developed in the US. The Texmati rice is a product of studies done to develop rice species that can withstand the high temperatures in Texas. The rice has a unique flavor and soft texture. In the market, you can find white or brown Texmati rice.

Wehani rice stands out from other rice varieties because of its reddish-brown color after cooking. It also has a strong appealing flavor and aroma.

It looks like rice but has significantly bigger grains. The wild rice formed a major part of the food men in the early ages ate. It is found growing in parts of North America where there are lakes. The species was classified as rice after its grains were studied and found to have some features of other rice species we know.

You may not find all these rice varieties in the open market since they are grown in different parts of the world. With little research, you can discover the origins and find a local market where foods from that part of the world are sold. Alternatively, it is possible to order rice, well packaged and sealed for proper preservation during the long journey. 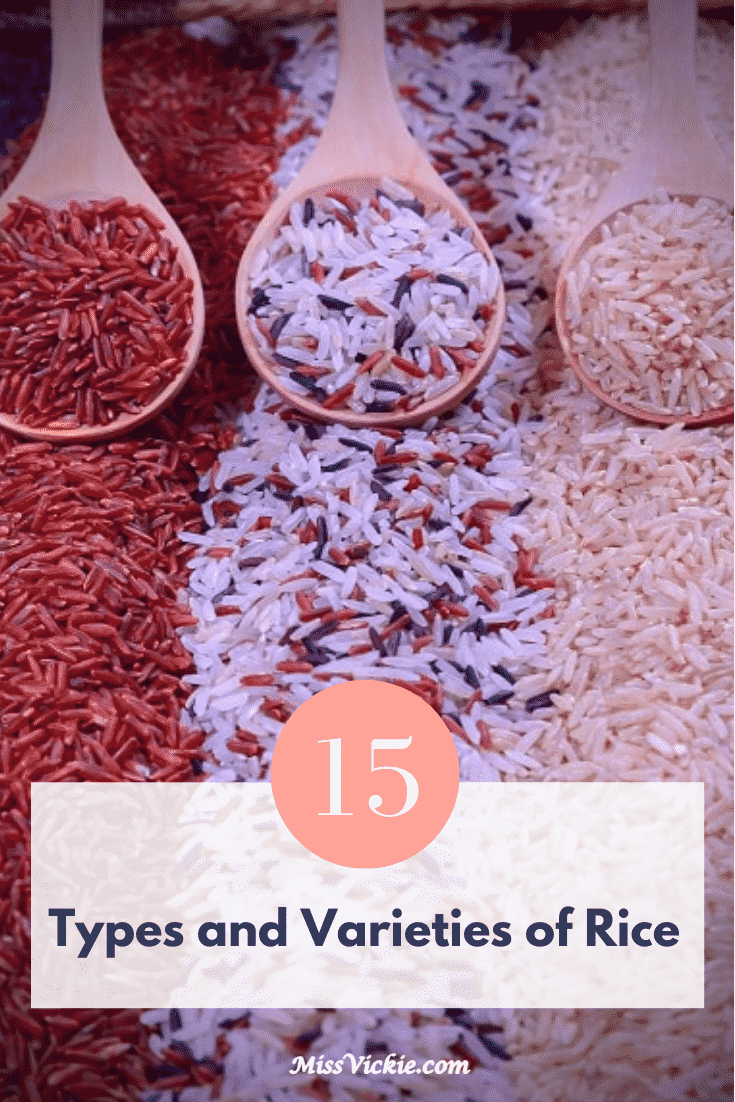