Is Pressure Cooking Rice Good For Your Health?

While many people traditionally use rice cookers or steaming methods to cook their rice, it is not often made in a pressure cooker due to the short cooking time. In fact, cooking rice in a pressure cooker can cut the preparation time down by half which can save a lot of time for other stuff.

While statistics state that rice made in pressure cookers tastes better because of the texture, is that entirely true? In this article, we are going to explore what pressure cooking rice does that is different than any other method.

What is interesting to find out is how good rice actually is for you when it is made in a pressure cooker rather than steamed or boiled. The high pressure and heat bring out a lot of benefits in the rice that you wouldn’t get otherwise.

Below are the main differences that you will see in your rice if you choose to prepare it in a pressure cooker:

Good for Digestion and Nutrition

When you choose to make your rice in a pressure cooker, you are actually getting better nutritional benefits than if you made it in the traditional fashion. Because the macronutrients such as protein, starch, and fiber are enhanced with the heat, you get more nutritional benefits from your pressure-cooked rice.

No Bacteria or Fungi

If you do not properly store or seal your rice, cooked or uncooked, there is a lot of bacteria or fungi that can build upon it. Because of that, it is important that the cooking method you choose can get rid of those bacteria. Unfortunately, traditional cooking methods such as boiling, or steaming do not get to a high enough temperature to get rid of all of the bacteria. Instead, because of the high heat and pressure, pressure cooking your rice can actually make it much safer to consume than traditional forms of cooking.

In a pressure cooker, your rice will have a much more appetizing texture, will have much more nutrients that are good for your digestive system, and will have much fewer bacteria that you have to worry about. It is tastier and safer! 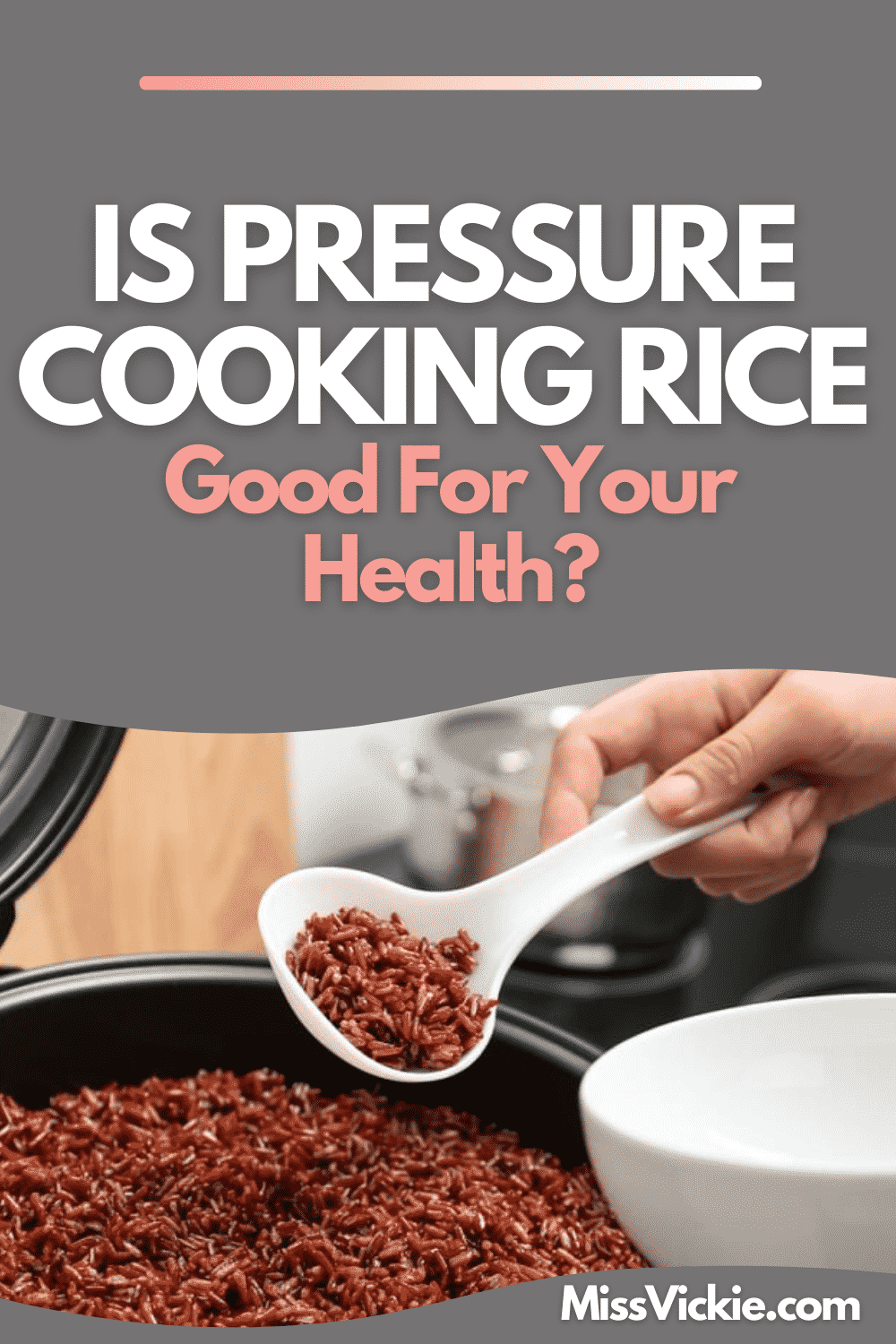