A secret recipe that has been passed on from generation to generation is one of the many reasons that make up the special Colonel’s chicken. Another is that preparing KFC only requires pressure fryers. Pressure frying is quick and helps to retain moisture inside the chicken while still managing to leave the outside nice and crispy, just like Colonel’s.

Pressure frying can only safely be done at a commercial or industrial kitchen such as KFC’s. Although some people claim to have safely used their pressure cookers for pressure frying at home; you should never attempt to use yours as a pressure fryer.

How are pressure cookers and air fryers different?

Pressure cookers and air fryers may sound like they handle similar jobs. However, there are some notable differences between them that affect how to utilize them. While both gadgets rely on a system that increases temperatures throughout the cooking process; pressure cookers depend on high pressure to increase in temperature while air fryers don’t. Air fryers actually rely on hot air circulation for foods to fry. For this to occur, bring down the pressure significantly during the cooking process.

Pressure cookers use water; at least a cup of cooking liquid. Air fryers, on the other hand, use small quantities of oil to produce crispy foods. If you were to attempt to use a pressure cooker for making KFC style chicken, your product would be completely moist at the end due to the steam produced during cooking. The only way one can end up with anything crispy when pressure cooking is by using the sauté function or setting.

Never attempt to use pressure cookers for frying or roasting chicken; an air fryer can be a great alternative for producing KFC style chicken in the comfort of your home. Conversely, you can also try using pressure fryers designed for home-use such as the ones produced by Magefesa or Fagor to produce chicken just like The Colonel. Otherwise, you should leave the pressure cooking for pressure cooking and not for frying. 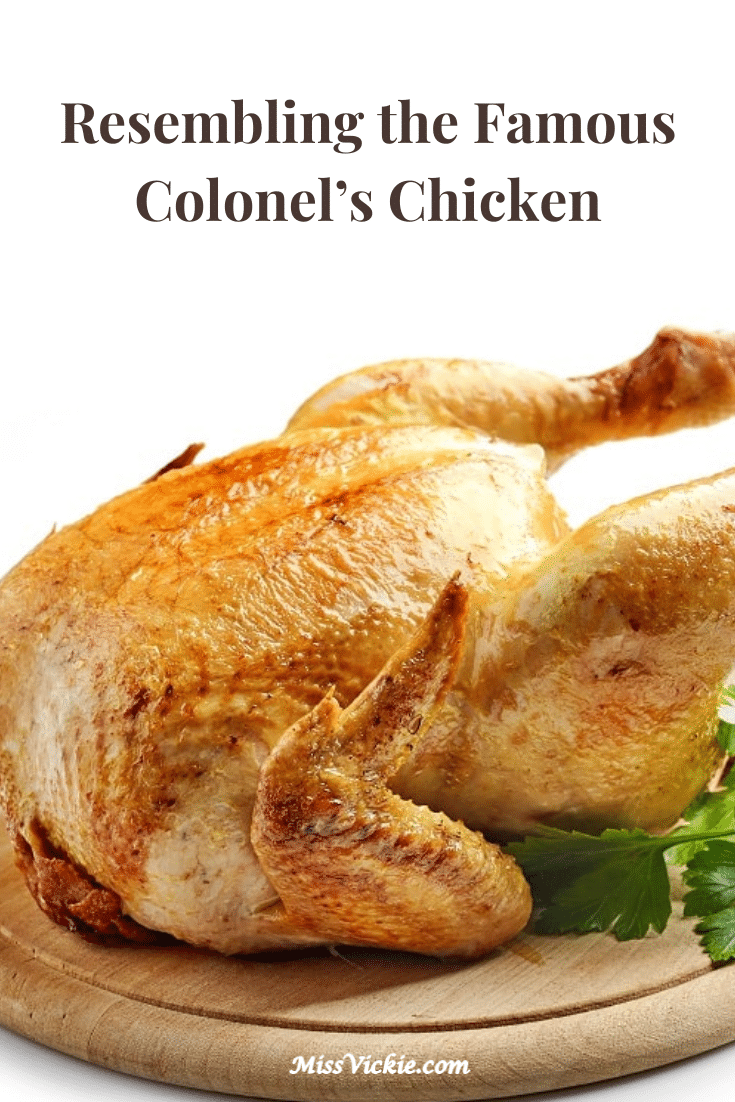