How To Cook A Fully Cooked Ham In A Pressure Cooker

If you have a fully cooked ham and don’t know what to do with it or how to cook it, the very best way to prepare and roast a fully cooked ham is in a pressure cooker. Not only is it delicious, but the process is quick, easy, and non-drying.

Steps to Preparing Ham in a Pressure Cooker

The steps below are meant for a four-pound pre-sliced ham, so if you are not using that, be sure to adjust your steps and time accordingly.

4. Set the wrapped ham on the top of the rack: This step is simple, just place your ham on the rack that you placed back into the pressure cooker.

5. Lock the lid: Before starting the pressure cooker, first, ensure that the lid is locked into place to prevent any leaks. Leaking will make the ham take longer to fully reheat.

6. Choose ‘High Pressure’: On your pressure cooker, switch the option to high pressure in order to fully reheat your ham faster.

7. Set a timer for 12-15 minutes: This time will vary depending on your pressure cooker and the size of your ham. It is also dependent on whether or not you pre-sliced your ham or not.

8. Monitor the ham until alarm finishes: Keep an eye on the ham to make sure that you don’t overheat it.

10. Use natural pressure release for at least 10 minutes: Your pressure cooker may naturally release pressure faster or slower than 10 minutes, this is just an average amount of time.

12. When the valve goes down, remove the lid: Once you are sure that all of the pressure has been released, you may then remove the lid.

13. Unwrap the ham: Be careful of how hot the ham is when handling it. You will then cut the slices from the bone and prepare it for eating. 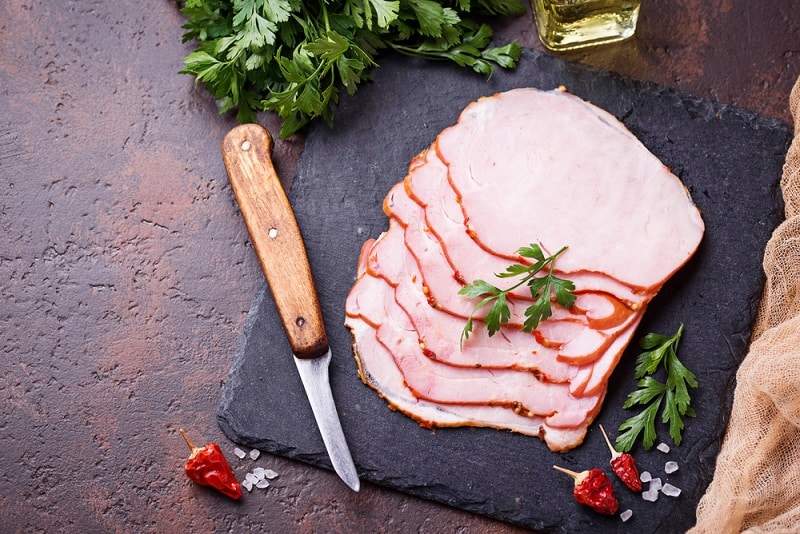