Unlike a normal kitchen pot, the Instant Pot is a cooking machine. There are a lot of electrical components built inside that are finely tuned with a range of sensors that are all programmed using a proprietary software program.

It might be bulky, but it’s also incredibly robust. The Instant Pot does an excellent job of cooking your meals, and it offers a variety of options to ensure that you never get bored of your food.

There are many different ways in which you can cook your food using the Instant Pot.

When you drop a normal pot and the pot receives a noticeable dent, the first thing that comes to mind is, “How am I going to fix the dent? This is going to look ugly!”

But what happens when your Instant Pot receives a similar dent? You freak out. For starters, this is an expensive appliance. It’s not exactly a normal pot, per se.

What To Do When Your Instant Pot Is Dented?

It’s a normal response – you freak out – because there are a lot more variables to consider after denting an Instant Pot.

Is the internal wiring ok? Will it cause problems when pressurizing? Will it blow up? Is the internal pot affected in any way? The questions keep piling on, slowly edging you towards a mental breakdown. But is it really that severe?

Well, it depends upon two factors, the extent of damage and the manner in which it got dented.

Knowing how your Instant Pot got that eyesore of a dent is extremely important. Did it fall from a high place or did it go through a self-morphing process when pressurizing or depressurizing?

If it’s the first one, breathe a sigh of relief and assess the extent of damage you have inflicted on the Instant Pot.

The outer metallic covering of the Instant Pot – per the company’s official statement – is strictly cosmetic. Meaning, it’s only there to provide aesthetic appeal and is in no way involved with the cooking mechanism.

If the fall was cushioned or not that severe, and only the outer metallic sheet was damaged. Then you can probably still use the Instant Pot for pressure cooking.

The outer layer doesn’t really affect the cooking mechanism. But don’t start making pulled pork right off the bat. It’s best to make sure of a few things first.

Check the lid and see if it latches on properly. Do a water steam test, while standing away from the Instant Pot. Only use the Instant Pot if it passes these tests with flying colors. 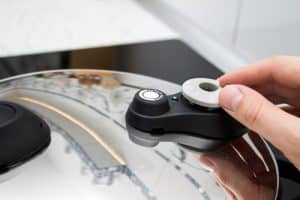 In order to conduct this test, you need to pour at least three cups of water in the inner pot and close the lid.

Turn on the valve to seal the pot, and then set it to high pressure for at least three minutes. Once the Pot reaches the designated pressure, it will start counting from three minutes.

Once that timer runs out, you will hear a beeping sound, and the Instant Pot will automatically revert to its “keep warm” functionality.

Then, turn on the pressure release valve and remove the lid before you dump the water from your pot.

That’s about it! If the Instant Pot passes this test, you are good to go.

Things to Note During the Test 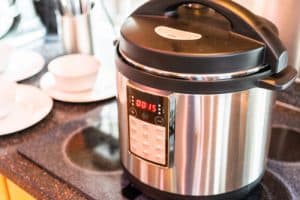 Keep in mind that you will hear a hissing sound when your water starts reaching the designated pressure and starts to boil. After a brief hissing period, the float valve will float up, thus indicating that pressure has been reached.

Your Instant Pot is now sealed, and it will start counting backwards from three minutes. You can either allow the pressure to release on its own or you can also do a quick release.

Keep in mind that this test is only designed to give you a better idea about the functionalities of the Instant Pot. It isn’t going to improve the efficiency of your Instant Pot by any means.

Also, before you carry out the test, there are two important things that you need to keep in mind: check the inner seal to ensure it is correctly placed on the lid,

and also ensure that the steam release valve is pointing towards the seal symbol.

If the integrity of the Instant Pot is affected and it fails the test, you might want to contact customer service and take it in the store. If it’s internally damaged, your best bet is to replace the appliance.

An easy way is using a suction cup to rid your Instant Pot from a dent. But we advise you to do it from the inside with your hands.

Opening the Instant Pot and looking into its components will give you an idea of how much internal damage it has received.

Who knows, while removing the dent gently with your hand you might notice a damaged wire, a broken component, or something else.

If you find any, contact the customer service or bring your Instant Pot to a certified electrician.

They will check it for you and let you know whether it’s suitable for use or not.

Now, onto the most severe case. If your Instant Pot morphed while cooking, turn it off, let it cool down, and then throw it away.

Contact customer service and tell them what had happened. You are unlikely to get a replacement since the fall was probably due to your own mistake.

This is something that you didn’t cause directly, meaning it’s something internal and it’s – most certainly – something extremely bad.

Worst case scenario, the Instant Pot might blow up giving you or your children severe burns and months of hospital time.

Try to get a refund if your Instant Pot still has a warranty because there is always a fair chance of getting a refund, though it’s highly unlikely that the company will be willing to give you any money for a replacement. 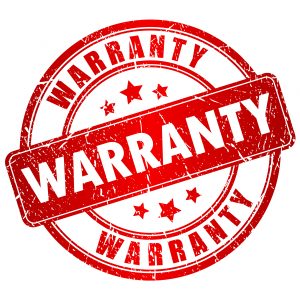 If you can’t get a replacement, your only option will be to buy a replacement Instant Pot. If you notice even the slightest signs of morphing, it would be absolutely unwise to use the Instant Pot.

The chances that things could go sideways are too high, and it’s just not something you should ever do.

Pressure cookers are extremely durable, but even the slightest crack in their exterior could render them useless.

Avoid taking such a big risk for your next meal; there have been some devastating accidents in the past where people have sustained injuries due to pressure cookers blowing up.