How does pressure cooking remove lectins?

One of the latest dietary trends centers around lectins. Some health experts claim that removing lectins from the diet aids weight loss and prevents several health issues such as auto-immune diseases.

Please be aware that no solid current scientific research exists to back up such claims. We repeat: the available research does not support this claim. Let’s remember that many of the healthiest populations in the world, such as those in the Mediterranean region, eat a diet high in lectin-containing foods.

However, for those who wish to remove lectins from their diets, we will look at whether pressure cooking removes or destroys them.

Lectins are proteins that are found naturally in many plants. Some contain higher amounts than others. Rich sources of lectins include plants in the nightshade family, such as potatoes, tomatoes, peppers, and eggplants. They are also found in dried beans, citrus fruits, nuts, and seeds. As you can see, lectins are found in many of the healthiest foods known to man!

What Do They Do?

Lectins serve a protective function in the plant. They help to fend off a plant’s invaders. Raw lectins may give some people GI upsets like excess wind, but nobody really eats raw kidney beans anyway!

Some research seems to indicate that taking in large quantities of raw lectins could have negative health effects. However, the amount you’d need to consume each day to get to that level is much higher than a typical diet would include.

Yes, we know that lectins break down when cooked, so the risk of health problems arising from lectin-rich foods that have been cooked is very, very low. In fact, most foods that contain lectins are well established as part of a healthy, well-balanced diet.

An enormous body of scientific evidence clearly supports the benefits of a diet rich in fruits, vegetables, and whole grains. The health benefits we get from eating those foods outweigh any so-called benefits from avoiding foods with lectins. A diet that avoids lectins is not one that most dietitians would usually suggest.

Can pressure cooking remove lectins from every meal?

Obviously, it is impossible to remove all lectins from your diet completely. However, if you want to cook potatoes, tomatoes, or beans and have fewer lectins in your diet, you will find pressure cooking useful. It’s a great way of cooking dried beans quickly.

How many of us avoid cooking these healthy legumes simply because they take so long to soften when prepared in a pot on the stovetop?

To prepare legumes and reduce the lectins, soak them first for 12 hours or so in a couple of water changes. Once soaked, pressure cook them in water until soft. You can cook about a pound of beans at a time and end up with around five cupfuls. This usually takes about 25 minutes.

Use the natural release method to release the pressure, then open the cooker. Drain the beans and discard the cooking water. This method will inactivate all the lectins naturally.

To pressure cook green beans, tomatoes, potatoes, or other lectin-containing vegetables, you will need just 7 minutes.

Should you use a pressure cooker to remove lectin from your diet?

As we have emphasized here, there is really no evidence to support the claims of authors of diet books who claim that lectins are bad for our health or that they promote obesity.

However, vast amounts of scientific literature suggest that consuming a diet high in lectin-containing whole plant-based foods such as nightshade vegetables, fruits, and legumes promotes a healthy weight and better health overall. This is seen in people living in the Blue Zones, which are areas with the highest longevity and where many of these foods are eaten.

A lectin-free diet is tough to maintain in the long run, and it eliminates many established nutritious vegetarian foods. However, if for some reason you still wish to reduce lectins in your diet, then yes, pressure cooking does remove most lectins. 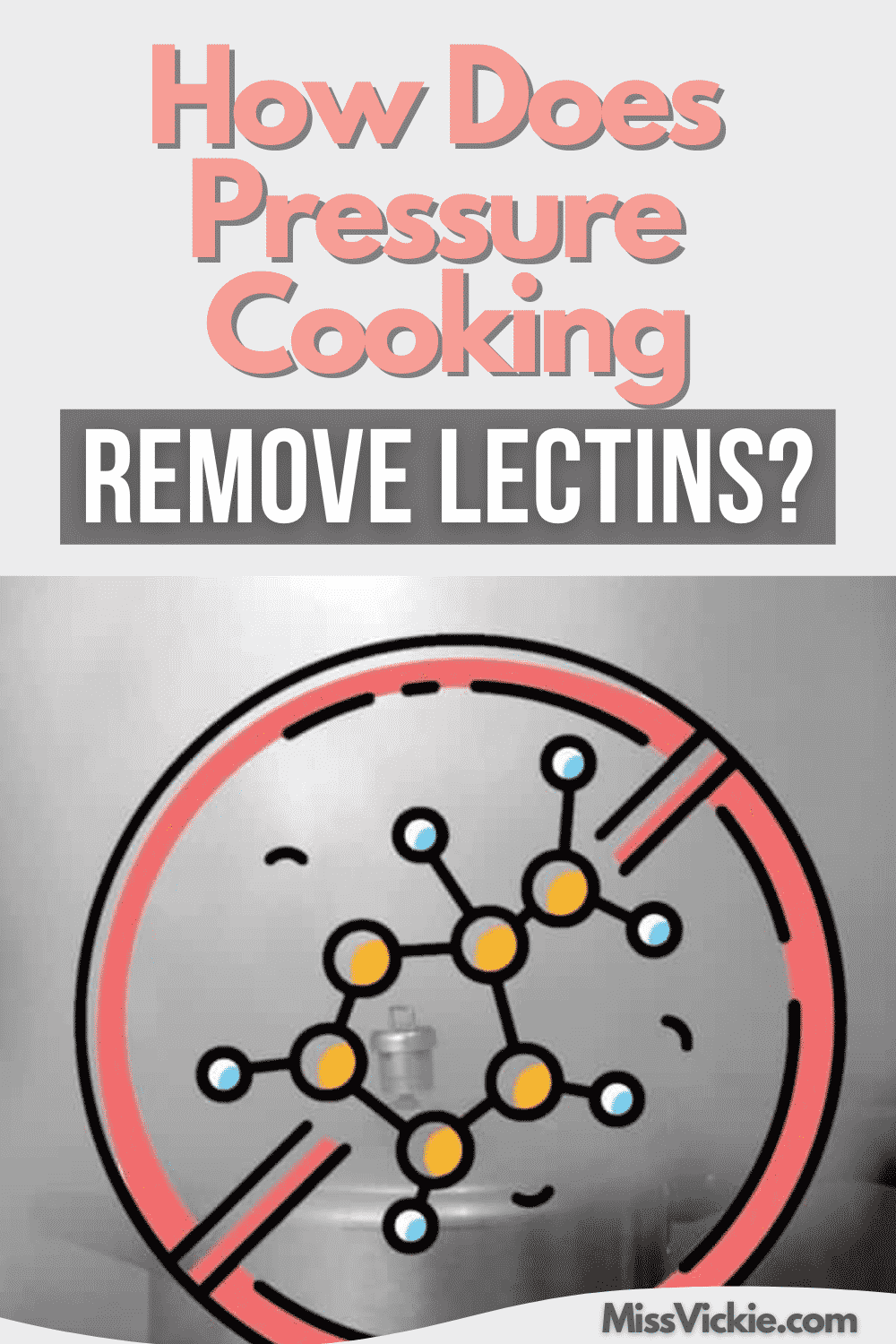