When you start using your Instant Pot, you will notice that some recipes call for quick release, others for natural release, and some for a combination of both methods. This question of pressure release can be confusing at first, and for new pressure cooker users, it can be worrying. In this article, we are going to compare quick release vs natural release Instant Pot.

Doing a quick release of pressure, where you remove the pressure and steam from the pot immediately, can seem dramatic and potentially dangerous because it can generate a lot of steam. Leaving the Instant Pot to release pressure naturally is less hectic but not always suitable for your recipe.

Releasing the pressure is a very important part of the cooking process. So how do you do it, and what does it all mean?

Quick release – often abbreviated to QR or QPR in cooking instructions is where you turn the pressure valve to the quick release setting in order to open the vent and expel all the steam once the cooking cycle has been completed. This is signaled by a series of beeps in most Instant Pot models

Doing a quick release can be dramatic, especially the first time you do it, so don’t panic.  The steam will exit from the Instant Pot very quickly, so you must keep your hands and face away from the vent, or you could get scalded. Placing the pressure cooker by an open window or away from anywhere where the steam could pose a danger is important, and you might want to use silicon gloves to avoid burns.

Once the steam has been fully expelled from the pot, you will notice that the float valve drops down. When this happens, it is safe to open the Instant Pot.

This method is used when the food needs to immediately stop cooking so that it does not spoil or go mushy such as vegetables. It is also important for meals that you must not overcook.

Natural release is often abbreviated in cooking instructions as NR or NPR, and it is when you leave the pressure cooker to cool down naturally. Once your pressure cooker has reached the end of its cycle, it will do this naturally.

When you use natural release, the food will continue to cook as it cools down, so this method is not suitable for everything. In addition, it is important to use natural release for soups or beans or anything with high starch content, or it could be spread over the kitchen should you release the pressure too quickly.

Some recipes call for a combination of both methods. This means that you should allow the pressure to drop naturally with natural release and then open the vent to remove the remaining pressure. 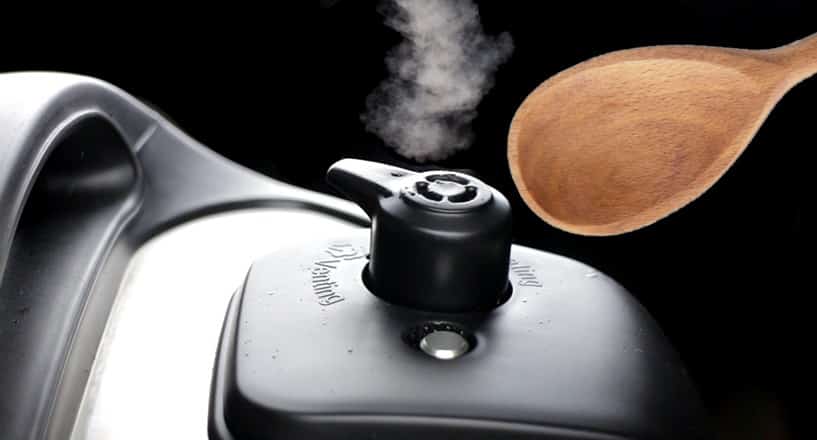