Who doesn’t love flan? The open-topped pastry with sweet or savory filling? Flan is a baked dish that’s cherished by people who like desserts but some people also use the savory filling. For the most part, flan has an extremely consistent and smooth coating but it needs to settle for that. So, if you are questioning, “why is my flan not setting?” we have the information for you!

Why Is Flan Not Setting?

Temperature plays an essential role in baking. Since flan is the baked recipe, it needs to have the proper temperature to settle and cook properly. Generally, people have to use moderate steaming and baking temperatures.

On the other hand, if you have already set the temperature correctly but the flan is still not setting, there are chances that your oven isn’t working well. The ovens are designed with thermostats (these are responsible for regulating the temperature).

So, if the thermostat isn’t working well, the temperature settings will be impacted, and replacing the thermostat would be a better choice. So, just call the oven technician and ask him to replace the thermostat for you.

If changing the temperature doesn’t work and the flan isn’t setting even now, consider the baking time. For instance, if you choose the shorter baking time, the flan won’t have enough time to set down properly.

That being said, we suggest that you increase the baking time by ten minutes or fifteen minutes. To be honest, changing the settings repeatedly can impact the texture and consistency of the flan, so you should select the correct settings first.

If you are making the flan with sweet filling, we suggest that you think about milk. This is because milk can negatively influence how the flan comes out, so it’s best to replace milk with something else (it needs to be liquid). First of all, if you are making Leche flan, you can use the cooked duche de Leche that’s diluted with water to replace the milk (use a 1:1 ratio).

On the other hand, if you are making coconut flan but want to replace milk, you can simply opt for coconut milk (choose thick coconut milk). Some people also add coconut milk for getting the lighter flavor, so it’s up to you.

What most people don’t know is that the flavoring ingredients can impact the setting of flan. For instance, milk can negatively influence the setting of flan but using liquor can help enhance the flavor as well as settings. For this purpose, you can use bourbon, grand marnier, amaretto, rum, or cognac for improved flavor.

On the other hand, if you are making flan for kids, you can use soft cream cheese (no, don’t mix it with milk). However, you should beat the cream cheese with sugar and eggs because you bake flan with it.

Are You Cooking On Stovetop?

People who don’t own an oven generally use stovetop steaming to make flan but it’s very hard to gain the right texture. In case you are using the same method, you should check the flan after every twenty minutes. When the consistency of the flan is jiggly, just steam it for ten minutes more and the flan will be ready.

We have mentioned different factors that can be used to ensure the proper setting of flan. However, there are additional things to know about flan, such as; 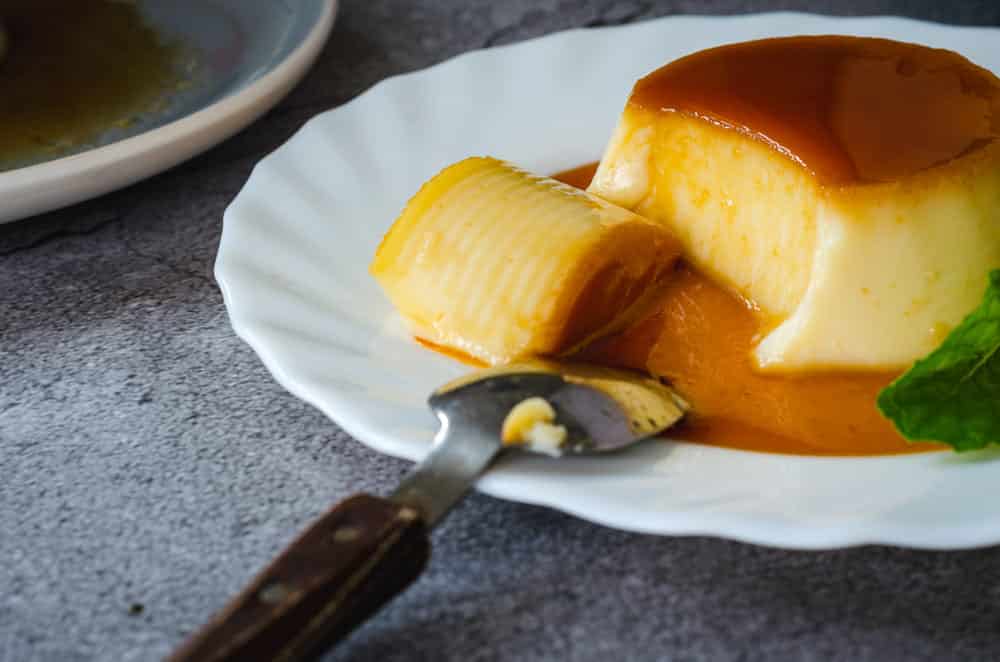