Popcorn making may seem like a daunting task, but it is surprisingly easy. It becomes a little trickier when making it on the stovetop because some of the kernels always seem to burn while others remain unpopped.

All of this may lead you to ask, is it safe to make popcorn in a rice cooker?

It turns out that you can, but it’s not a good idea! Read on to find out why.

Popcorn making requires you to know about two important things – the right temperature and oil type. Popcorn kernels will only pop inside a very hot pan with a surface temperature exceeding 212 degrees Fahrenheit.

Making Popcorn in a Rice Cooker?

Normally, though, a rice cooker cannot create surface temperatures higher than 212 degrees Fahrenheit because, as a safety mechanism, rice cookers switch the heat on and off with a thermostat to keep the rice just simmering and prevent it from burning.

Thus, we can safely conclude that a rice cooker is not designed to cook corn kernels.

However, since there is heat and we humans are adventurous, there is a way to cook corn kernels inside a rice cooker. The technique itself is fairly dangerous. Some of its dangers involve burning, rice cooker malfunction, and a fat hospital bill. However, if you’re willing to risk it, read on for the method. We, of course, accept no liability for any injuries or damages incurred!

To achieve a ripping hot bottom on your rice cooker, you will have to forcefully press the on button and hold it there. Doing so will keep the heat thermostat from turning off and effectively raise the rice cooker’s surface temperature above 212 degrees Fahrenheit. Once a high temperature has been achieved, popping your popcorn kernels becomes an easy thing.

What can go wrong when cooking popcorn inside a rice cooker?

Hot oil is dangerous and can cause severe skin burns. Although, it is fairly safe if you’re using a high-end rice cooker. However, since you’re using the appliance for something it was not manufactured for, it can lead to nasty accidents.

A thermal fuse, thermostat, and heating element – all three of them are essential for creating and maintaining stable heat. Cooking popcorn requires you to hold the heat button in.

This forceful exertion can ruin any one of the three essential components. Sometimes even all three of them can get severely damaged. Thus, instead of frying corn kernels, you will be frying your rice cooker’s inner parts.

Although some of these components are cheap, you will most certainly need a new rice cooker if all three of them got damaged. Is it really worth ruining a 50-dollar rice cooker to cook 2 dollars’ worth of popcorn?

Even Instant Pots are less efficient than normal pots when it comes to cooking popcorn. So no matter what anyone else tells you or what you might have seen on the Internet, we advise you against using a rice cooker as a popcorn machine.

Rather follow these easy steps to cooking popcorn in a saucepan: 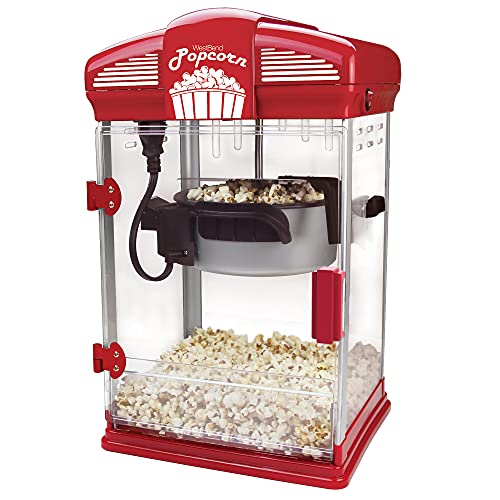 We hope you use this safer method of making popcorn rather than attempting to do it in your rice cooker! Do let us know how it goes. 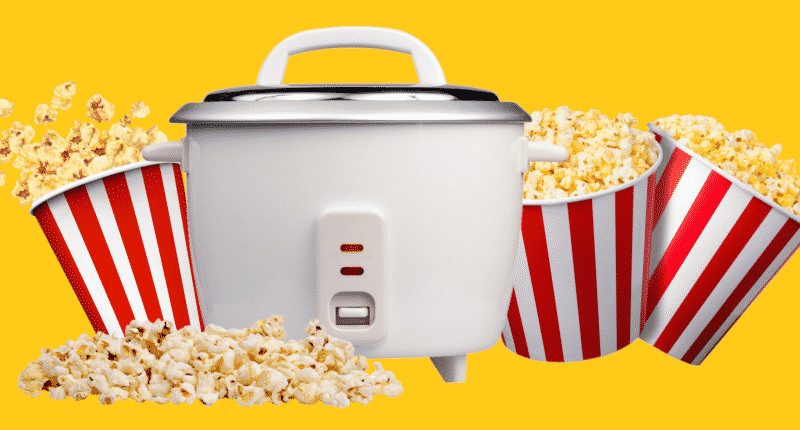