Pressure cookers are all the rage these days especially among busy home cooks and it is easy to understand why. Pressure cookers work by sealing in steam as it builds up through the cooking process. The pressure inside the cooker is what causes the internal pressure to rise way above the boiling point of water and it is what traps steam inside, which then effectively cooks the food quickly while retaining all its flavor, taste, color and more importantly, its nutritional value.

Best of all, pressure cookers can be used to prepare a broad range of food, whether tough meats and veggies or even desserts and fruits. If you do not own a pressure cooker, you should definitely work on getting one as it can completely change the way that you perceive home cooking.

Although pressure cookers are the ultimate tools to have in a modern kitchen, there are some basic rules that have to be followed in order for the cooker to serve you effectively. When it comes to pressure cookers, it is all about picking the right foods to prepare. Luckily, pressure cookers are versatile enough that they can be used to prepare almost anything from a tender cut of chicken to homemade stock.

You also have to maintain the right cooking times when pressure cooking and use the right amount of cooking liquid for each item to be cooked. Since almost anything can be prepared in a pressure cooker, here are some hints and tricks to help you prepare different types of food:

When using liquids like stock, broth, stews, and juices, these liquids can be used as a great alternative to water. Oils are considered separate to the liquids. If you are working with a dish that requires you to add milk, always do it after venting. Milk tends to boil over and scorch very easily. At high temperatures, mild also tend to separate and curdle, which is why milk products even cheeses should never be added at the beginning stages of cooking.

A pressure cooker can prepare soups faster than any other cooking method. Pressure cooker broth or soup can be prepared easily in minutes instead of hours for eating straight away or for saving later so it can be used in sauces, stews, and chilis. Soups and broth prepared in a pressure cooker are not only rich in nutrients, but pressure cooking also maintains as much collagen and trace minerals as possible. This means that when you pressure cook, you are actually extending the protein available, which suggests that even though you are eating less meat, you will still be getting a considerable amount of protein from pressure cooked broth or stew.

When preparing soup or broth, avoid filling your pressure cooker to more than 2/4 way full. Add the bones and meat first before reducing the pressure to add the rest of your ingredients. You can remove the bits and pieces of ingredients after the cooking process has been completed or you can add thickeners to make your soup or broth richer.

Beans and lentils are some of those great ingredients that can be added to other recipes with ease and cooking them in a pressure cooker is much easier than most people assume. If you want to get the most value for your money, consider skipping the canned variety of beans and go for the dried option instead.

The pressure cooker can quickly soak your beans in a short 2 minutes. Soaking the beans will allow them to rehydrate and soft enough to cook through evenly. After the beans have been thoroughly rinsed, 20 t0 20 minutes of high-pressure cooking and your beans will be ready. Remember that depending on the type of beans you are preparing, as well as how old the beans are, you might need to adjust your cooking time.

The older the dried beans, the drier they are likely to be and the longer they will take you to prepare in your pressure cooker.  If you are cooking lentils, please note that you do not necessarily need to soak them first before cooking but you can go ahead and do it anyway if you are looking to cut your cooking time by half.

Vegetables are some of the best dishes to prepare in your pressure cooker.  Starchy veggies, that take a longer time to cook, are some of the easiest to prepare. To cook your veggies, evenly, ensure that you take the time to cube, slice or dice them up in uniform pieces to get the best results. If you are working with thawed vegetables, throw them directly into the pressure cooker without defrosting unless you are working with frozen corn. A half a cup of water is plenty for cooking frozen veggies to prevent them from being overcooked.

When cooking rice, consider using a heat diffuser on the burner to avoid burning the rice. Use 2 quarter cups of water or any other cooking liquid for each variety of rice, whether wild rice, white, or basmati. Please note that each type of rice will have different cooking times. Do not fill the cooker more than halfway.

When preparing steamed puddings and custards with the pressure cooker, you should always use molds. If you intend to make large quantities of bread pudding, you can use a one-quart mold or copper tone bowl. Simply place the mold that you are using on the food rack over a cup of water. You can cover the mold with aluminum foil.

Cooking oil can be used when preparing foods that froth, sputter, or foam easily such as dried beans. The oil is what prevents the food from sputtering or frothing too much.

Just like their counterparts veggies, fruits also take well to pressure cookers. Because steam from the pressure is what is utilized in the cooking process, fruits that are cooked in a pressure cooker are more likely to maintain their texture, minerals, vitamins, taste, as well as their natural appearance. 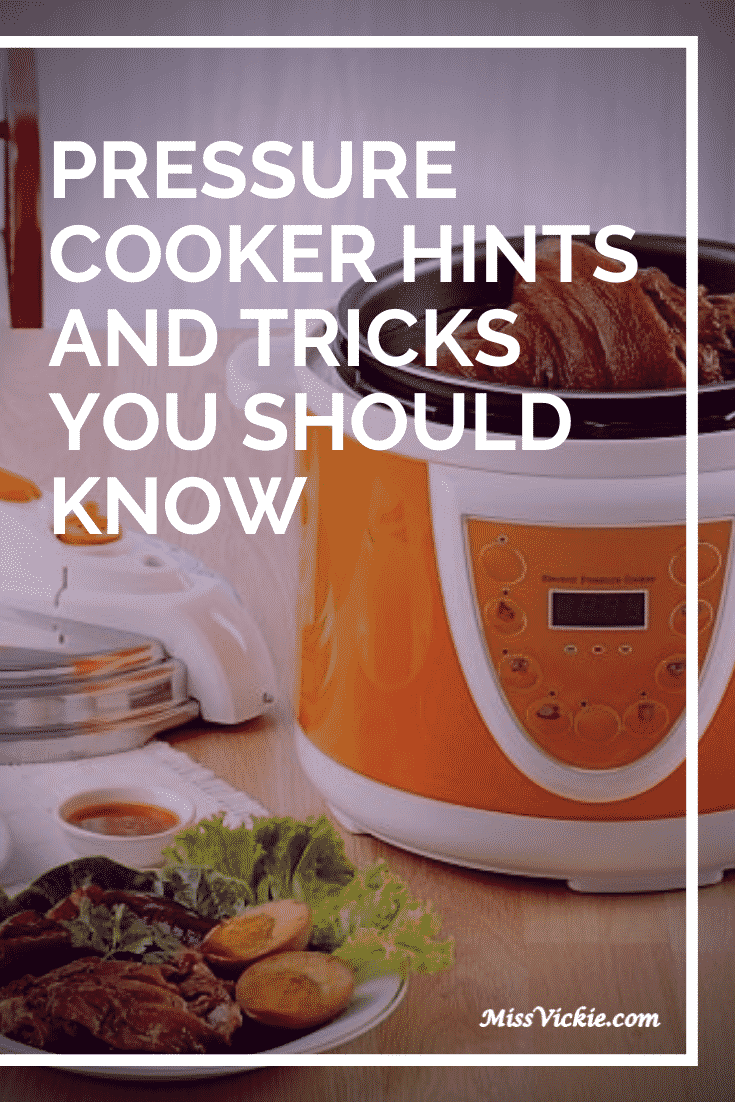