If you finally took the big step and invested in a high-quality pressure cooker, you may have heard about some associated dangers of pressure cooking. Because of the high pressure, speed and temperature involved, there are some home cooks out there that are afraid of utilizing the pressure cooker. However, you should know that today’s pressure cookers are completely different from those first-generation installations that were known for causing explosions and accidents.

Pressure cookers today come outfitted with an array of safety features designed to not only make them quick and efficient but also a lot safer to use. For instance, pressure cooker lids all come with locks that must be activated before bringing the pot to pressure. These locks remain impenetrable and sealed throughout the cooking process and they do not open until pressure is released. Most pressure cookers also come outfitted with valves that are utilized for releasing excess pressure when cooking.

There are several instances where pressure cooking can go wrong. For example, when using a recipe that calls for thick and viscous ingredients that generally do not boil or create bubbles that release steam easily, pressure cooking can potentially go wrong. This is especially true when the wrong type of opening method is used. If the wrong pressure release method is utilized, a bubble of superheated steam contained within the thickness of the food that may have failed to break to the surface during the pressure release will be released after the lid has been removed.

Alternatively, a recipe that contains large quantities of fats and oils may also cause a similar reaction to occur. The high temperature of pressure cooking will transform fat into oil. Because oil is generally lighter than water, it will rise to the surface forming a film that will stop some of the liquid within the pot from evaporating. If this film is disrupted suddenly, the unevaporated heat may be released all at once when the lid is opened, which will create a similar reaction as an exploding appliance.

What you can do to prevent pressure cookers from going wrong

Before you proceed to use your pressure cooker, you must always check the equipment to make sure that everything is in order. The rubber gasket, which refers to the ring of rubber that outlines the lid of the pressure cooker, should always be inspected to ensure that there are no cracks. Most brands suggest that you replace the gasket every year depending on how frequently you utilize your pressure cooker. before cooking, you should always inspect that there is no dried or accumulated food on the rim of the pot that can prevent the seal from being formed.

Whenever using the pressure cooker, you should take care not to overfill it to more than two-thirds way full. This will prevent food from accumulating and blocking the vents. You should especially be careful when preparing foods such as beans and legumes that usually swell as they quick. 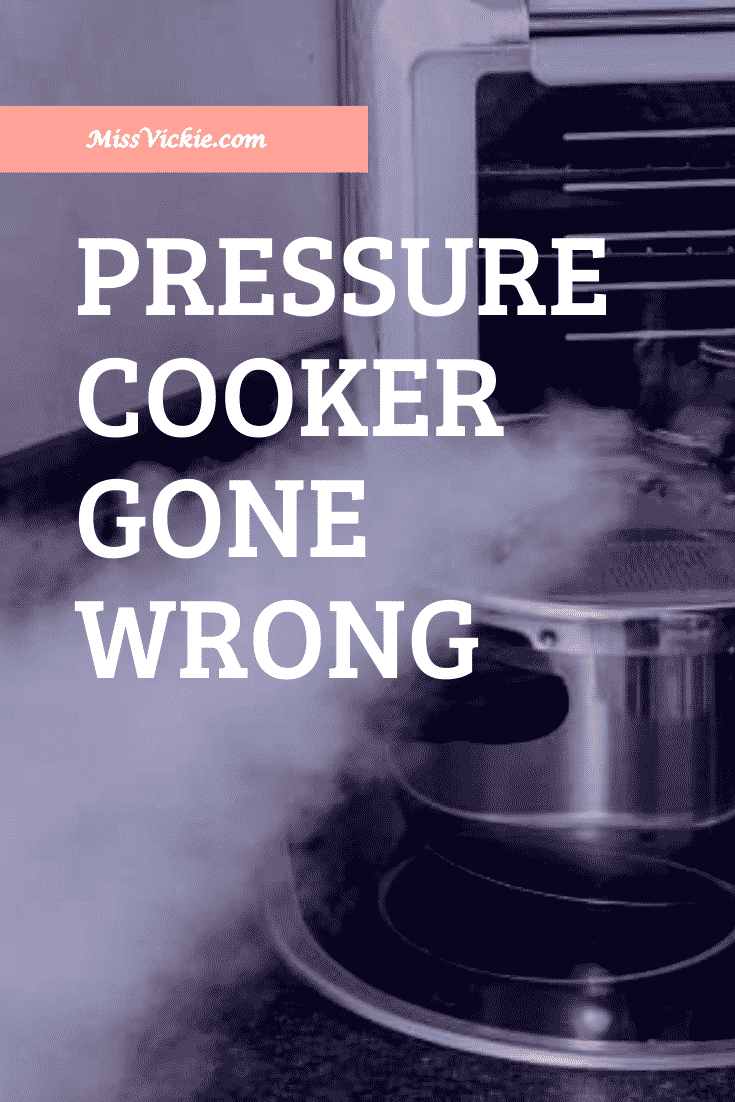