A high-quality rice cooker offers an easy, expedient, and hassle-free way to prepare healthy, tasty rice. However, a pressure cooker can also allow you to do the same thing, but it will do so at a much faster rate compared to the rice cooker. Both appliances can be great to have on standby as they prepare rice a lot better and more efficiently resulting in an enhanced taste and texture that is hard to attain with a stovetop. Although both pressure cookers and rice cookers allow the preparation of quality rice, they function in completely different ways.

The differences between a pressure cooker and a rice cooker

Both pressure cooker and rice cookers share some common properties that can make them hard to tell apart. For instance, both devices use steam to prepare food and they can both prepare rice a lot faster compared to other methods such as boiling. Though some rice cookers are designed to look like pressure cookers, these two appliances are vastly different from one another.

A pressure cooker comes with a pot and a lid that is responsible for locking in moisture to prevent steam from escaping. When the steam is trapped, it causes temperatures and pressure levels inside the pot to increase significantly, which results in faster cooking times. This same environment is also responsible for ensuring that the texture, color, consistency and the nutritional profile of rice to be maintained, which results in rice that is healthier and also yummier.

Rice cookers, on the other hand, do not rely on steam or pressure. Rice cookers are made of a thermostat that is used to set the temperature and a cooking bowl that contains a heating element inside it. The heating element is the one responsible for heating up the liquid and rice contained in the bowl, which eventually results in steamed rice.

Which one is more effective? Pressure cooker or rice cooker?

Pressure cookers can be used to cook rice, tough cuts of meats, hard to prepare dishes like dried beans, desserts, bread, and even yogurt. If you attempted to use your rice cooker to prepare a wide array of dishes, it would probably result in inconsistent results, unless you are preparing easy to cook dishes like veggies.

Basically, if you invest in a pressure cooker, you do not have to invest in a rice cooker as well as a pressure cooker is fully capable of preparing quality and tasty rice quickly. However, if you prepare rice dishes on a regular basis, having a rice cooker on standby can allow you to prepare different types of rice efficiently. You can also use your rice cooker to prepare fish or vegetables that are thinly sliced. However, you should be prepared for the food to take much longer to fully cook. 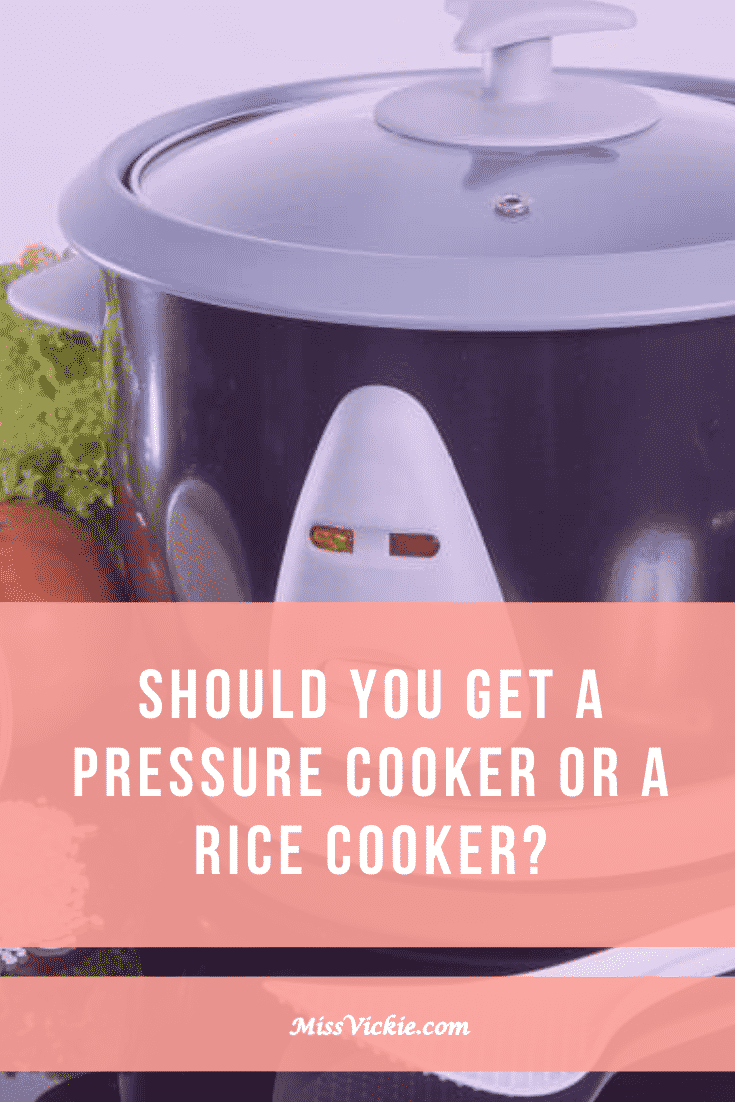