A slice of meat served with sauce or gravy is deliciously decadent. A creamy or meaty sauce adds extra flavor and moisture to the dish and somehow “completes” it.

Several meat recipes call for ingredients to make the gravy or sauce. You might have noticed that some of the ingredients are really hard to find in stores. Sometimes even the online stock is out too.

Au jus mix is one of those ingredients that can be difficult to find in your regular grocery store but we’re here to help! In this article, we will walk you through some best substitutes for store-bought au jus mix. Read on to learn their preparation steps too.

What Exactly Is Au Jus?

Au jus is a French culinary term meaning “with juice”. Traditionally, it refers to a meat dish being served with a light gravy made from the juicy drippings from the meat that collected while the meat was cooking.

In its most basic form, a chef will simply pour off the meat juices once the meat has cooked, skim off any excess fat, and serve this seasoned jus hot with the meat.

In the US, au jus tends to be made with additions of soy or Worcestershire sauce, flour to thicken, and stock. It’s prepared separately after the meat has cooked, sometimes with the pan scrapings, and not simply a natural result of the meat cooking.

This then is served as a gravy but some people refer to it as a jus.

Au jus is sold as a powder in the US. It mainly consists of salt, some sugar, and onion and garlic powder. This is rubbed onto the meat or added to the jus after cooking. It is also sold in sealed packets as a ready-to-use liquid.

Why Do We Need Au Jus Mix Alternatives?

Most people today do not have time for the long, slow roasting methods that are often necessary to produce a good jus. Because people are busy, they tend to opt for the quicker-cooking cuts of meat that sometimes do not produce enough moisture to make a jus with.

However, most of us still want some kind of a gravy or sauce with our meat, hence the significant number of au jus mixes available on the market.

Some popular meat recipes such as Mississippi roast and Sunday beef roast call for the au jus mix. We understand how frustrating it can be to start a recipe only to find that your store doesn’t have the jus mix that’s required.

That’s why we’ve provided some ideas for substitutes that you will find helpful.

Another good reason for making your own au jus mix is that the store-bought ones are often too salty. Also, most of them contain preservatives and artificial colorings and flavorings.

By making your own, you get all the convenience without the unhealthy additives. You get to use natural herbs and spices and lose none of the delicious flavor. 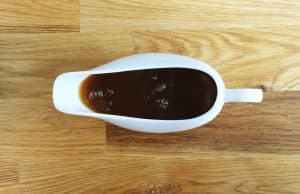 What Are The Best Substitutes For Au Jus?

Many recipes call for a packet of dry or liquid au jus mix. Here are some suitable substitutes for au jus that will give you a delectable umami flavor and take your meat dish to the next level.
We’ve included recipes for both dry and liquid au jus mixes.

Now to make the equivalent of an au jus packet to add to your recipe:

Use this as directed in your recipe or serve with cooked meat as an instant jus.

The recipe for substitute 2 has the same items as substitute one except for the beef stock powder. Instead of this one ingredient, you have a choice to use bouillon cubes or four teaspoons of stock granules.

The directions are the same, except that you will need to blend the mixture altogether for 2 minutes to make the bouillon cubes turn into a fine powder. It helps to crumble them in their foil wrapping before unwrapping. This one of the easy ways to get the au jus substitute.

Mississippi Roast tastes great with this au jus substitute. It also works wonderfully with other dishes like sausages and mash or grilled steak. Use it as a stock base in a casserole too… 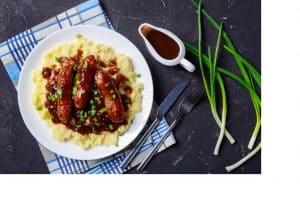 One of the most convenient and readily available alternatives for an au jus liquid packet is a quickly prepared beef broth, made by adding a little red wine and seasoning to freshly cooked beefy juices.

Alternatively, use your pressure cooker to make a delicious beef broth which you can divide into small portions and keep frozen for later use. Use it to make jus, gravy, or soup. Make it into a jus simply by reducing it by 1/3 until it is concentrated and a little thickened.

We hope you’ll refer to our handy substitutes whenever your recipe calls for an au jus packet. Do try the pressure cooker stock recipe too because it will mean that you’ll always have a convenient supply of delicious jus base available. Happy cooking! 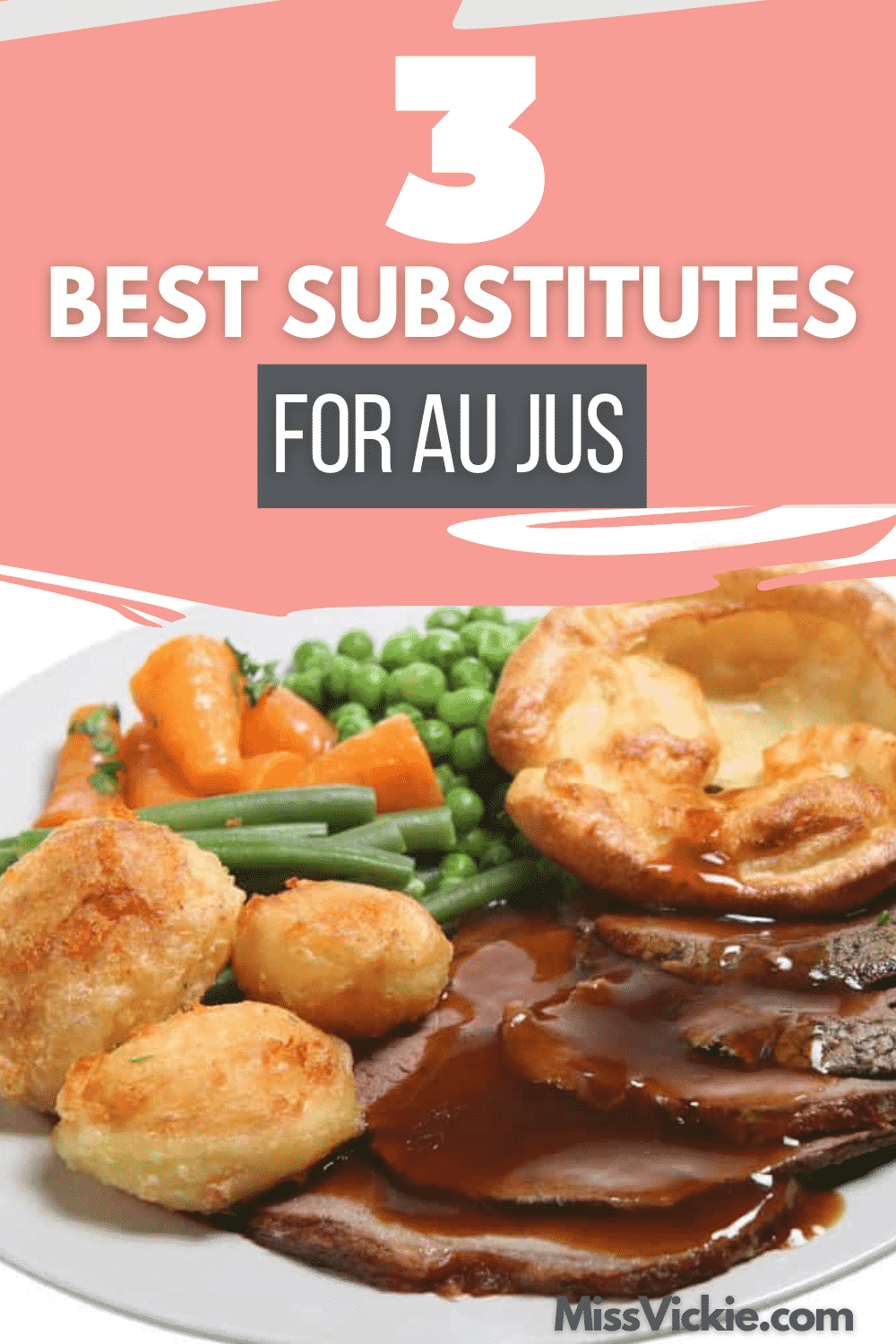