Sour cream is a well-known dairy product that’s eaten all over the world. It’s a popular addition to many different types of food and it’s even a flavor of chips in many areas of the world. There are all kinds of foods that involve the inclusion of sour cream as a result of its unique, great taste. While the ingredient itself is quite great, it’s certainly much less so when mold is involved. That said, if you’ve accidentally eaten some of it, read this guide to learn more about what happens if you eat moldy sour cream.

What Happens if You Eat Moldy Sour Cream?

Those that are even a little familiar with food and health risks that some of them might bring surely know the answer to this question. However, for the odd few that don’t let this guide help you out. That said, there are a lot of possibilities that arise as a result of eating this. There are many who wonder what happens if you eat moldy sour cream, but there’s no one answer that can be given to any of them. The reason behind this is that there are different effects that mold can bring about.

It all just depends on your luck. There are many cases in which nothing will happen at all if you eat moldy sour cream. At most, you’ll just develop a bad aftertaste for a while which can be easily dealt with through the help of toothpaste or any other mouth freshener. In some cases, it might be a little worse. You’ll start to feel sick and might even vomit after a few hours of having eaten the moldy sour cream. In even worse cases, food poisoning and/or other digestive issues might appear.

In the worst of cases, long-term and potentially even life-threatening illnesses might appear. The bottom line is that under no circumstance should you think about eating moldy sour cream, let alone actually doing so. There are absolutely no benefits involved and there are only needless risks. So, make sure that you never eat it on purpose. Additionally, try to avoid doing so even on accident by identifying whether or not the sour cream is moldy or not in the first place.

How to Tell if Sour Cream is Moldy?

There is only one way to tell whether or not the sour cream you’re trying to eat is moldy, and that’s to take a close look at it. In most cases, you should be able to identify any kind of mold or bacteria growing on it just by looking at it. However, if that isn’t enough, try using a utensil to move it around and find any mold inside. That’ll make it all clear enough.

That’s all there is to identifying moldy sour cream. Once you see the growth of that sort on it, make sure to dispose of it immediately as it cannot be salvaged. Even if parts of it seem clean, they’re unsafe to eat as well. 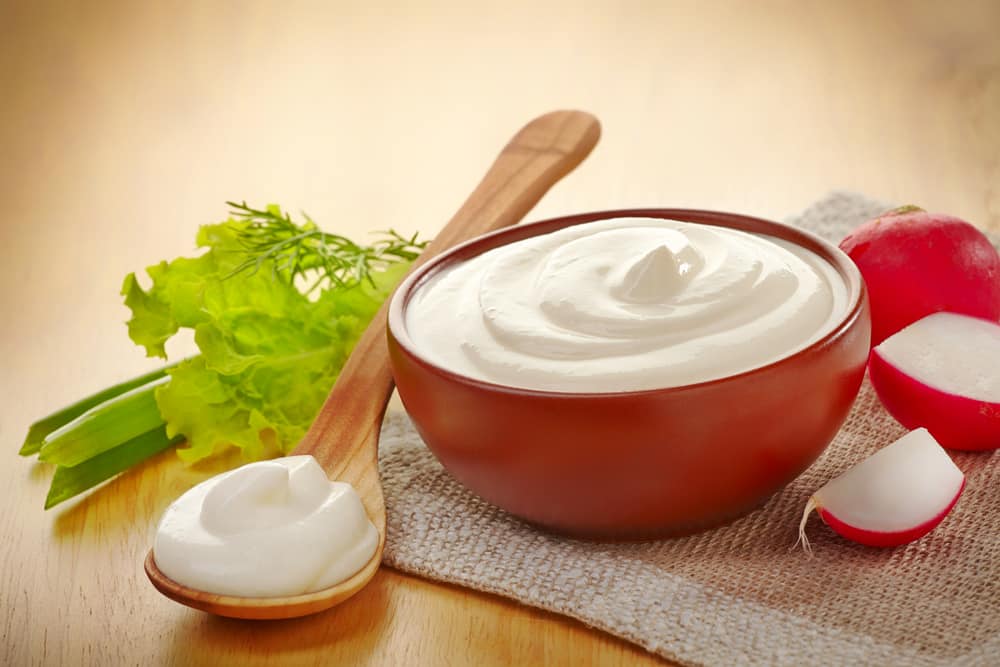