Pork is one of the most consumed meats for flavor and easier accessibility. In the majority of grocery stores, pork is sold in vacuum packs to ensure the meat is safe from bacteria and contaminants while improving the shelf life. Ironically, people complain about vacuum-packed pork smells bad. Keep in mind that a usual pork smell is fine, but if the smell is too bad, pork might be spoiled. So, let’s check out more details!

When the packet is opened, a gust of strange smell is normal because the meat is packed for a long time. When it comes down to vacuum-packed pork, it is sealed within a pouch, and there is no oxygen.

As a result, meat’s natural juices tend to discolor the meat, which will result in a tangy smell when it’s stored. So, when the pack is opened, you will smell the odor. However, if the meat was stored properly and still behind the expiry date, the odor isn’t caused because of spoiled meat. On the contrary, if the smell is too off, you have to read further.

Removing Smell From The Pork

We have already mentioned that vacuum-packed pork has a slight smell which is normal. In addition, slight discoloration is common, and pork might have a stronger and darker color as compared to normal or fresh meat.

If you want to get rid of this odor, it’s suggested that you rinse the meat with clean and fresh water and pat dry the meat. Keep in mind that you should rinse the meat rather than splashing the water because it might result in the spreading of bacteria.

In addition, for rinsing the meat, make sure that you use a big bowl filled with water because rinsing meat under running water isn’t a good idea. When the rinsing is complete, pat dries the meat with the help of paper towels and make sure meat is dried at room temperature for half an hour (do this before you’ve to cook the meat).

This cleaning method will remove the odor caused by vacuum-packed pork, and the cooking will be done evenly. In addition, it will ensure that pork has a normal color.

Pork Is Smelling Too Bad

As we have already mentioned, a slightly tangy and sulfur odor is normal, and rinsing can remove that odor. On the contrary, if the smell is too bad, there are chances that pork is spoiled, and it’s not safe to consume. If you want to recheck if pork is spoiled or not, you can follow the below-mentioned tips;

What To Do If Pork Is Within The Expiry Date?

Pork is extremely flavorful, and vacuum-packed pork is great for long-time meat storage. However, even the smallest air hole and incorrect meat storage will lead to meat spoilage. So, if meat isn’t coming back to its natural form and color, just dispose of it and buy new meat! 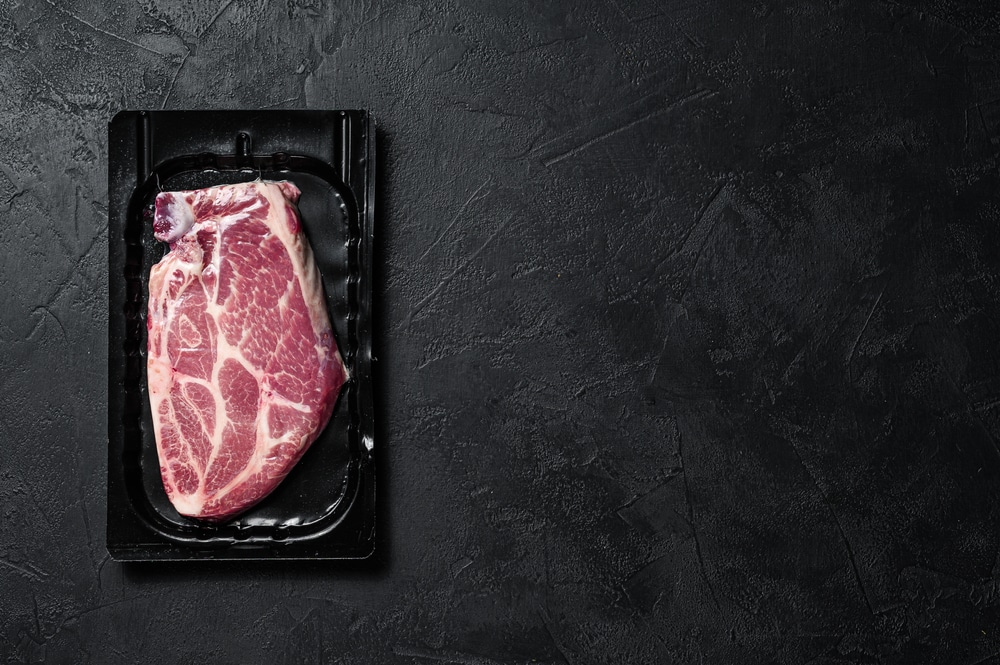