When it comes down to running households, it’s needless to say that kitchen holds extreme value because that’s where all those delicious meals are prepared. For the same reason, it’s extremely important to keep the kitchen clean, which is why kitchen towel vs. paper towel has become a common topic of debate for everyone who has to clean their kitchen. So, with this article, we are sharing everything you’ve to know about these two cleaning towels!

A paper towel is defined as a disposable and highly absorbent towel that’s made from high-quality paper material. In the majority of cases, the paper towels are also known as kitchen papers and kitchen rolls, particularly in the United Kingdom, and are used for kitchen chores. For home cleaning and other purposes, the paper towels are available in the form of rolls and have perforated sheet configuration, but you might also find these towels in stacked form.

The paper towels can be used for wiping windows, drying up the hands, cleaning up kitchen spills, and dusting. The reason why paper towels are used in towel dispensers is that they are more hygienic as compared to hand dryers and cloth towels. These towels are usually made from recycled or virgin paper pulp, which is extracted from fiber crops and wood. In addition, the paper pulp can be bleached for coloring the paper towels. In addition, it is also decorated with pictures.

The best thing about paper towels is that they are available at the institutional as well as domestic level. While we are mentioning all the goods about it, we do want to add that you should opt for paper towels made from recycled materials to make sure it’s not harming the environment. In fact, there are some paper towels made from bamboo, which are also good for regular usage and don’t harm the environment because bamboos grow faster. All in all, these papers are non-toxic and are made with water-based adhesives to ensure higher absorption.

The cotton material positively influences the absorption, and it’s extremely durable to ensure it can withstand multiple washing cycles and uses. For the most part, the kitchen towels have hemmed ends and thick configurations, promising higher reinforcement. The kitchen towels are available in a variety of textures and colors, so you can mix and match them with your home or kitchen theme (you will be able to find solid-colored as well as striped kitchen towels). 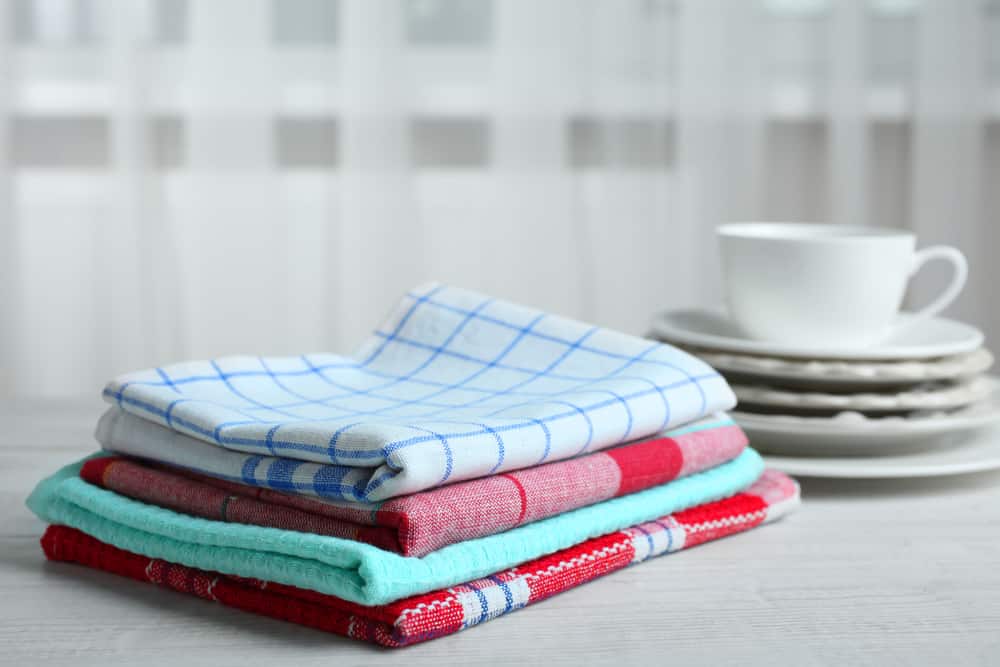