Both Taylor ham and Spam are widely regarded as two of the best types of ham available out there. Taylor ham is widely considered as the better option, but it is also the much less popular one due to it being a regional meat. It originated in New Jersey, and is easily one of the most popular foods in the entire region, as well as all those surrounding it. Taylor ham is found in other areas as well, but it is the most popular in New Jersey.

Spam on the other hand, is actually a brand which retails ham. It has all kinds of different great products, but their classic ham is easily the most popular of them all. The reason why it’s much more popular as compared to Taylor ham is that it is available all across the world in different areas where ham is eaten regularly.

If you’re looking to get down to researching more about all the differences between Spam and Taylor ham, here is all that you need to know. Just check out our comparison below and users will have all the information they need regarding the subject.

One of the most obvious differences between both Taylor ham and Spam is the texture of both of the different products. The texture of Taylor ham is completely different from all others, making it very distinct and easily recognizable. Said texture is crispy and is usually the same regardless of how the food is prepared, but at the same time it is also kind of mushy.

The combination sounds like an odd one at first, but most of the people who end up actually eating Taylor ham end up loving it because of this very reason.

The other option we have here is Spam’s ham products. There are all kinds of different ones available, but we’ll be comparing Taylor ham with the classic variant of Spam. This is a completely different texture, since it is much more spongey in its overall feel. Along with this spongey feeling that Spam ham has, it is also quite moist.

The best way to explain its texture would be to compare it to sausage patties. Now that we know about both of their textures, let’s move on to the taste comparison.

The taste of Taylor ham is widely regarded as one of the best out of all forms of pork out there. Also known commonly as pork roll, Taylor ham has a very unique taste of its own which is naturally salty. It is also a lot fattier and smoky as compared to some other similar options out there.

This provides it with a strong taste of its own which goes great in a few specific recipes. Its taste is very similar to that of both bacon and Canadian bacon, if the two were ever combined together into one single form of food that is.

Spam ham on the other hand, can taste like anything that you prefer. That’s because Spam offers a wide variety of different flavours, all of which focus on different things like spices and other ingredients of the sort.

The classic variant is salty and tastes like most common types of ham, while having a distinct feel of its own thanks to the previously mentioned moist and spongey texture. Both are very different in this regard, and deciding which of the two is better usually comes down to personal preference.

Which of the Two is Better?

Two finally answer the question regarding both Taylor ham and Spam, which one of the two is better, it all comes down to the one reading this. Your taste and personal preferences are the ones which can help you decide this. Both of them are very different in taste and texture despite many believing they’re similar.

Everyone has unique taste buds and their own choice in terms of things like these. While most people like Taylor ham more, you can argue that some flavours of Spam are better than it. It also depends on the recipes for which they’re used, and the way that they are prepared. 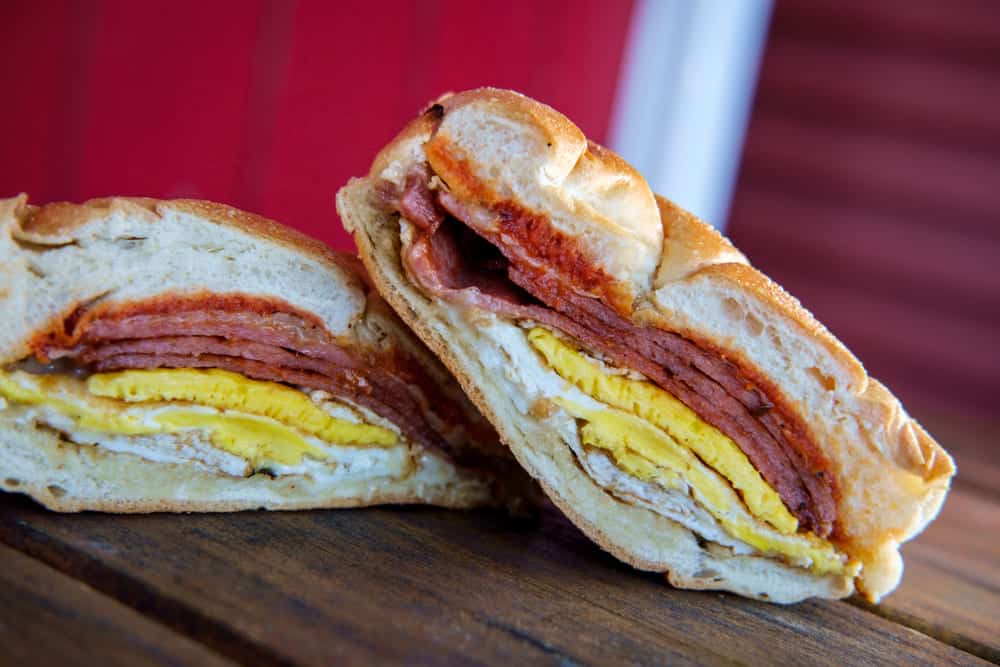