All the seafood fans love any kind of fish! If you ask about the one fish that they find the most delicious, you will probably hear about sole fish. Even though sole fish is one of the most expensive fishes and are not easily accessible.

People who consider themselves to be die-hard seafood fans would love to experience a similar flavor and texture to the sole fish.

You will find the name funny but the fish does look like the sole of a shoe. It is a kind of flatfish that is easily found in the oceans. Usually, Sole fish is found in the oceans of Europe and North America; this makes the fish extremely expensive and exquisite.

The flavor of the sole is mild and sweet and has a considerably light and delicate taste. The texture of the sole fish is quite firm.

Sole fish has lower oil content, so before you make a dish out of it, keep this fact in mind. The sole fish is known to have a meaty feel as it has a rigid texture.

However, when it’s cooked, it becomes flaky and tender. That being said, the sole fish is preferred and always cooked on low heat settings as overheating can result in a mushy texture.

Here are the popular 9 substitutes that are similar in taste and texture and some are easily accessible and less costly than the sole fish!

Many people who do not have access to the sole fish, often look for its substitutes, the Plaice is their best bet. It is also a kind of flatfish that can be found in four variants, such as American, Alaskan, European, and scaled-eye Plaice.

This fish is easily available in many supermarkets. One of the benefits of having Plaice is that it will keep your heart and nervous system healthy.

It is one of the fishes that can help in getting rid of fatigue. Plaice is known to be the most consumed seafood in Danish and North German cuisines. It can be cooked in different styles, such as pan-fried, battered, or cooked in fillets. 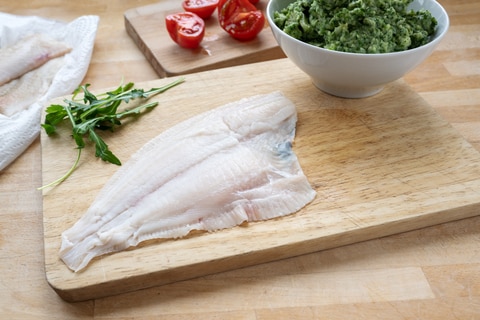 It is a popular main course dish and can also be enjoyed in the form of an open sandwich. You will find that many restaurants also serve battered plaice with a side of French fries.

Many people also choose to keep breaded frozen plaice which can be consumed after quick frying or baking. The flavor of the plaice is comparatively subtle and the fresh plaice makes an amazing dish in baked form.

Unlike the sole fish, the texture of the plaice is tender and white.

You can always choose to buy Dover Soles if you cannot find the regular sole fish. Dover sole is also expensive like the sole but it is very delicious and has a unique flavor. Dover sole also has a unique texture even though it is a kind of flatfish with a pigmented form.

It also has a meaty texture like the sole fish and people who love scaly fish also love the Dover sole. It is generally served with European sauces or if you’re looking for something light, it also tastes great with tartar sauce and lemon parsley butter.

It can be cooked in different ways like, poached, baked, steamed, or grilled.

This is another amazing fish that can make a great substitute for sole fish. The Witch is an oval and small flatfish. It can be easily found in supermarkets. It is also, however, a rare fish to fish from the North Atlantic Ocean where it can be found as well.

The witch fish does not look appealing but the outlook has no resemblance to its flavor. 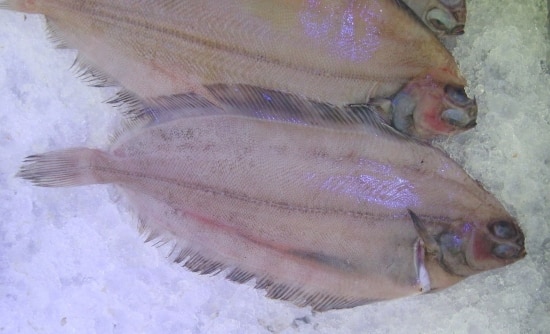 It can be cooked like the sole fish and it will also look the same. Experts suggest that the best way to cook witch fish is with a simple cooking method. It can be easily grilled, baked, or fried. Garlic butter and other herbs are known to enhance their flavor.

It is another great substitute for the sole fish. The turbot fish has a mild flavor with white flesh. It is the kind of flatfish that resembles the Dover sole. The turbot has a relatively firm texture.

You can easily steam or poach a turbot or even boil it with the right spices to bring out its flavor. 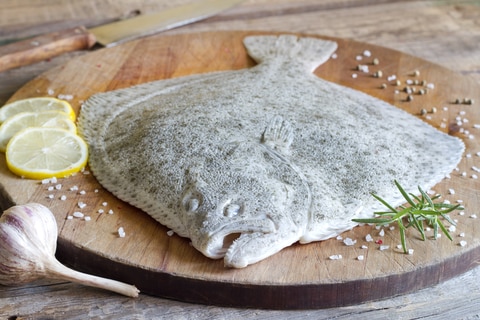 Flounder fish is one of the popular substitutes for sole fish. It has a very similar flavor to the sole and is less expensive. It is a white fish that is high in protein and low in fat.

The high protein in the flounder helps in lowering cholesterol levels as well as lowering blood pressure. It is rich in vitamin B12, which helps the red blood cells and nerve cells to work better.

It is considered a healthy alternative to the sole fish. Flounder fish can be baked with butter, lemon, and white wine which results in a low-calorie yet high-protein cuisine.

This is one of the best options available as a substitute for the sole fish as this is less costly yet has a similar texture and flavor as the sole fish. These are generally found in the Great Lakes and can be easily found fresh in many stores.

This type of fish can be fried, baked, grilled, boiled, or even sautéed. It is known to be a good seafood option for many people.

Sand Dabs are high in protein but have low fat and calorie count. The flavor is mild and slightly sweet and a great healthy seafood choice.

Cod is known to be an excellent replacement for the sole fish. Codfish is rich in flavor as well as in containing vitamin D, zinc, and Selenium. Codfish is more accessible than the sole fish as it can be found easily in supermarkets.

It resembles the sole fish in texture and flavor. It also has less mercury and can help with maintaining the functions of the brain. Since it is a much healthier seafood option than the sole fish, in addition, it is also less expensive. 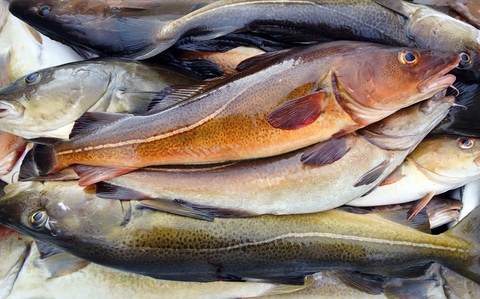 The Wahoo is also considered a substitute for sole fish but it is a dark fillet fish. It is less costly than the sole fish and has more protein. Wahoo can be prepared in many ways to result in tasty seafood.

Since it has a meaty texture; it makes it a good option to grill. It can be made by either broiling or baking. 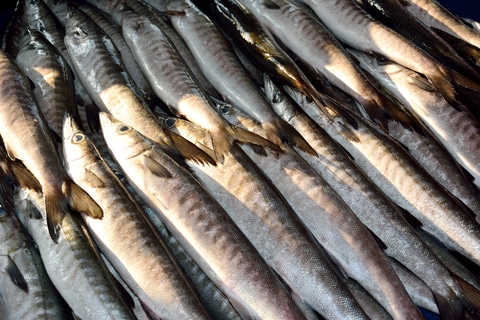 One of the key things to keep in mind while cooking Wahoo fish is that it should not be overcooked. It can be easily burned as it is lean meat. The flavor of the Wahoo fish resembles sole fish as this also has a mild yet sweet flavor to it.

You can easily stock up on Wahoo fish and freeze them and later on cook them by baking, frying, broiling, or grilling. People, who love the sole fish, also tend to love Wahoo fish.

This is a type of flatfish that is only found in cold water. Sturgeon contains high protein and omega-3 fatty acids. Sturgeon are known to have lean flesh but it is firm and meaty. People say that the texture of the sturgeon fish is similar to a chicken breast. 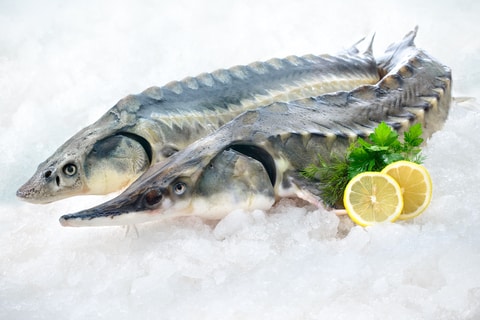 The sturgeon fish is high in nutrition and has a mild and light flavor. Sturgeon fillets can be seasoned with any kind of spices but for mouth-watering results, try adding Worcestershire sauce in it.

It is a good option and substitute for the sole fish, it can be easily found and is inexpensive. It has many benefits similar to the sole fish. One of the main benefits of Sturgeon is that it is great for the heart. 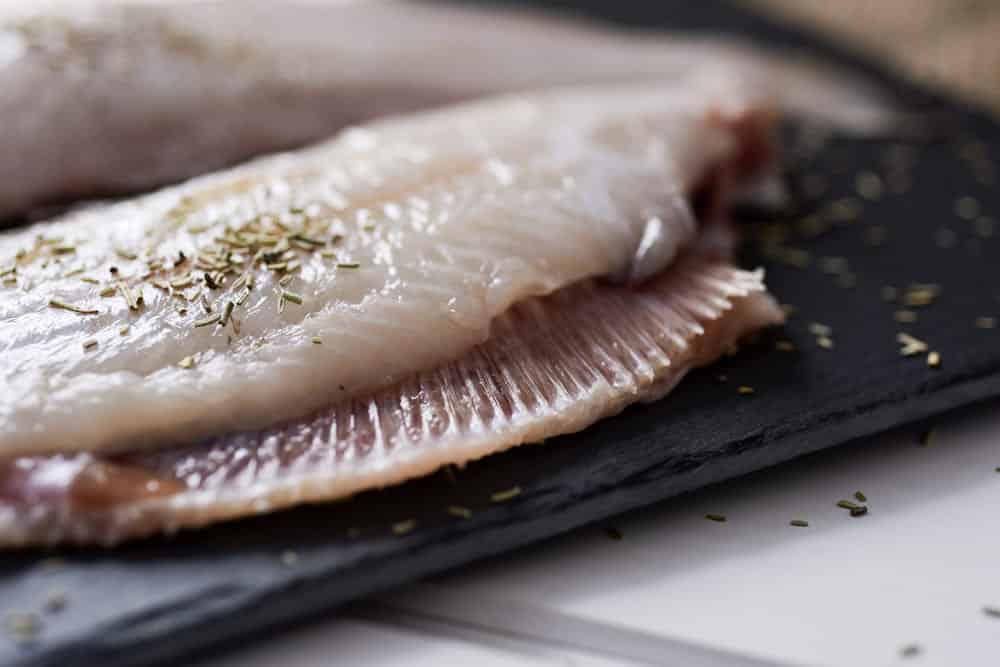