If you are someone who likes to stay away from meat and poultry, we are sure you look for different legumes and vegetables to create your meals. So, when it comes down to vegetables, peas are pretty common but are green peas the only peas? As it turns out there, there are pigeon peas out there, but there is confusion between these two types of peas. With this article, we are talking about pigeon peas vs. green peas to help find the right choice for your next meal!

Pigeon peas the round and small off-white vegetables, and they are known to grow in similar pods as beans and peas. It has a yummy nutty flavor, which is the prime reason that it’s a suitable substitute for lima beans. For the most part, pigeon peas are cultivated and grown in warmer climates, including the Middle East, Africa, the Caribbean, and the Southern United States. As far as consumption is concerned, pigeon peas are consumed as fresh peas.

The pigeon peas are picked when their pods are still green. However, some farmers also let the peas mature, which leads to drying of the beans, and the pods turn brown. In case the pigeon peas are dried, they will be processed for easier storage and usage. We have already mentioned the similarity of green peas, so they can be served in a similar manner, such as on their own or can be combined with other veggies, such as cauliflower and carrots.

However, we do want to add that the cooking time of pigeon peas is longer as compared to the lima beans, garden peas, and green peas. Moreover, the sugar content is pretty low in pigeon peas, which means they aren’t as sweet, but the starch content is pretty high. Coming down to purchasing, if you are purchasing the fresh pigeon peaks, look for the smooth and velvety skin, and the color will be more even (make sure the skin doesn’t have brown spots or shriveled texture).

On the other hand, if you purchased the pigeon peas and don’t know how to store them, you can wrap them in a plastic bag and put them into the vegetable drawer of the fridge to ensure they remain fresh. However, for your convenience, the pigeon peas can also be found in the frozen, canned, dried, and split form. To summarize, it is also known as no-eyed pea, goongo bean, and congo bean.

The green peas are the most common seeds with their round shape. We don’t think it needs to be told, but green peas are available in the pods, and each pod has various peas. The peas can be yellow as well as green in color. Green peas are the vegetables of the cool season and are grown in colder regions of the month. For this reason, they are planted during early summers. The green peas in the immature form are tender and can be used as a vegetable.

The green peas are available in different forms, such as canned, frozen, and fresh peas. When it comes down to the uses, they can be used to make pea soup and pease porridge. It wouldn’t be wrong to say that green peas are the medieval cuisine staple, and in Europe, the immature peas are consumed in raw and fresh form and have become a part of modern cuisine. However, they can also be steamed and boiled to bring out the sweeter flavor while making the nutrients more accessible.

We have already added that these are the cold-season vegetables, but as they are available in frozen and canned forms, you will be able to find green peas all around the year. The fresh green peas can be boiled and cooked with butter and spearmint to add a nice flavor, which makes it a delicious side dish. Moreover, it can be mixed with salt and pepper before serving, while the fresh peas make a delicious addition to casseroles, salads, and pot pies.

The green peas are also added in stir-fries, especially in Chinese American cuisine. However, once they are picked, they won’t retain the freshness, which is why it’s important to preserve them. Also, always purchase the green peas with plumper pods and make sure there are no wrinkles! 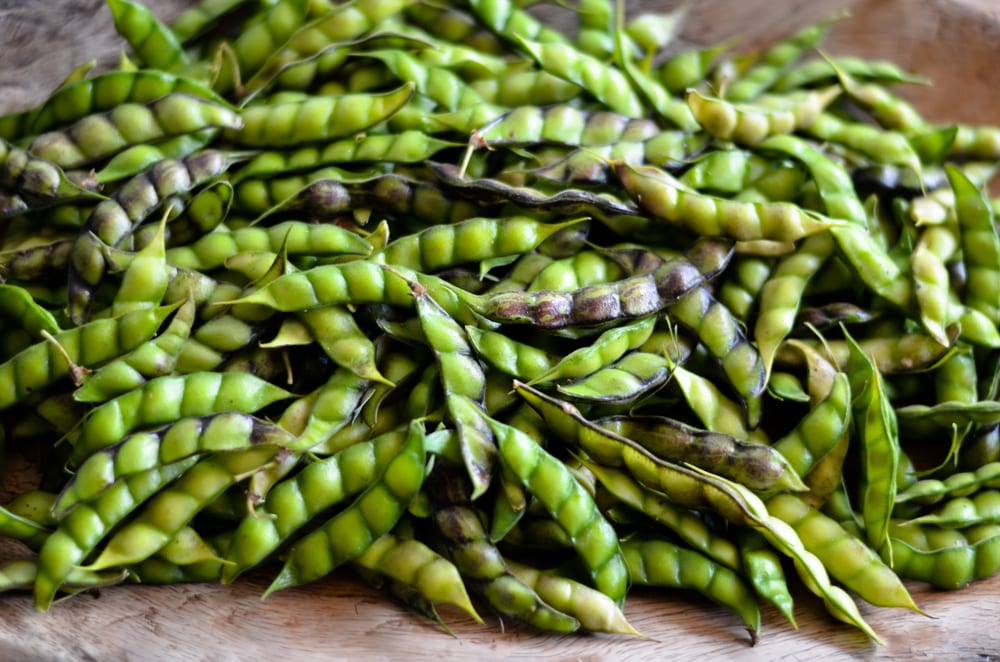