Sour cream is common in every kitchen, and it’s a regular dairy product for many people. Sour cream is known for its jiggly consistency and tarty aroma and flavor. Not to forget, it adds a perfect flavor to Mexican food, sauces, and dips. When it comes down to storing the sour cream, it can be kept in the refrigerator, but some people also put it in the freezer. Truth be told, queries like “my sour cream froze” keep piling on, and we are sharing if it’s the right thing to do!

My Sour Cream Froze, What Should I Do?

If you are considering if sour cream can be frozen, it’s a yes because it helps to store a larger quantity of sour cream for a longer time period. In fact, freezing sour cream makes it suitable for months-long storage. However, keep in mind that the texture will change after freezing. That’s because the ingredients of sour cream will break down and will turn into bigger chunks when you thaw and defrost it. As far as the time period is concerned, sour cream can be frozen for over six months, and you don’t have to worry about the expiration date either.

When freezing the sour cream, you have to choose the right storage and freezing method. First of all, you must use an airtight container. Before storing it, whip the sour cream with the spatula and ensure proper mixing. This mixing will ensure that sour cream doesn’t turn out chunky and watery whenever you thaw it (it’s the ultimate tip). When the whipping is complete, transfer it to the airtight container or the zip lock bag. In the case of a plastic container, do leave an inch on top because sour cream will expand. If you are using a ziplock bag, squeeze out as much air as you want. Once the transferring is complete, write down the date when you are putting sour cream in the freezer.

Now that you’ve already frozen the sour cream and want to use it again, you have to thaw the frozen sour cream for a few hours. In case of watery and/or chunky texture, you can simply whip, and the original texture will come back. In fact, adding a few pinches of cornstarch will also help retain the texture.

To summarize, if the sour cream is frozen, it’s fine to use, and you can simply defrost it! 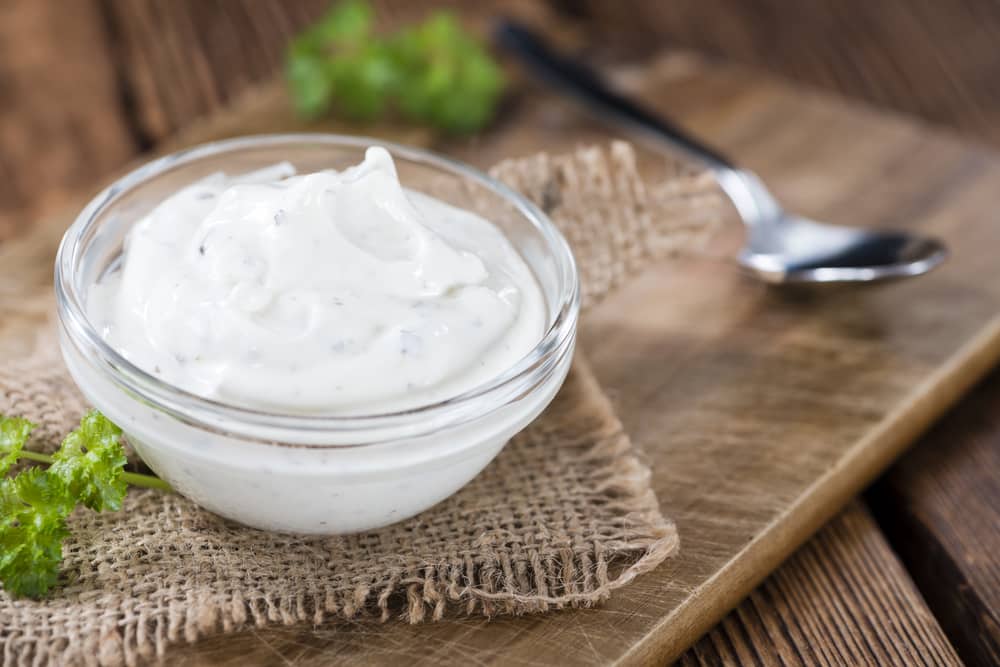