Cheesecake is the ultimate dessert for everyone who wants something sweet but not too sweet. Made with the combination of whipped cream and cream cheese, cheesecake is all things heavenly. On the contrary, there has been a debate about bake vs. no-bake cheesecake, and we are sharing everything you need to know about these two variants!

For the most part, people make no-bake cheesecake without gelatin and only whipped cream, which makes it easy to set. When refrigerated at a low temperature, the whipped cream and cream cheese will settle perfectly according to the mold. The best thing about this mixture is that no-bake cheesecake can even create a peak and will be stiffened.

Some people even say that no-bake cheesecake is not the real cheesecake, but it’s fine for people who don’t want to go through the baking process. Even more, there are no compromises on flavor and taste. The best thing about no-bake cheesecake is that you can easily pop it in the fridge and indulge in a sweet treat after an hour or two.

Even more, some people make baked cheesecake in a hot water bath to deliver the fluffy texture without any chances of collapsing. When making baked cheesecake, we suggest that you use ricotta cheese because it created a light texture. However, you can use cream cheese and eggs to gain the creamy and heavy consistency.

Also, baked cheesecake should be made with ingredients that are high temperature. Even if the ingredients were in the refrigerator, you could store them at room temperature for an hour or two. When it comes down to mixing, you must use the light hand because over-mixing can lead to a grainy texture. Even more, heavy mixing or mixing with hard hands leads to separation and cracks.

On top of everything, when you are baking cheesecake, it’s best to place the baking tray under the pan to reduce the chances of spills or catching them. Once baked, you must cool down the cheesecake at room temperature to prevent breakage. In addition to the inculcation of eggs in baked cheesecake, you cannot store baked ones for a longer time (only 24 hours storage time).

Even if you take the risk of storing the baked cheesecake for a longer time, it will be dried out and will lose the crispiness. 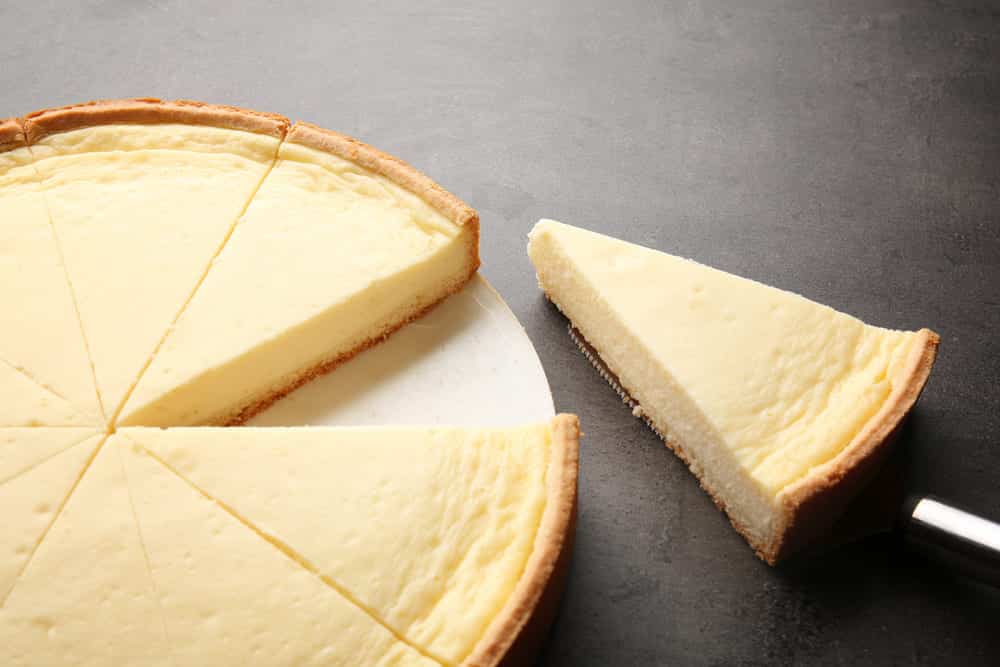