Chicken is one of the most popular forms of poultry that is eaten all over the world. Many different cuisines, from Chinese to Indian to Western incorporate chicken in their dishes.

It is reasonably cheap, especially compared to red meat, and extremely versatile. Chicken combines well with many different herbs, spices, and vegetables.

Given the high demand for chicken, poultry farming techniques have changed greatly (to make big fat chickens in the shortest possible time). However, it has created the woody chicken breast issue.

Ever heard of it? It’s when the chicken breast meat becomes fibrous and tough instead of succulent and soft. If you have been having this problem with the chicken you buy, we have got you covered!

Woody Breast in Chicken – What Is It?

With this condition, the muscle fibers of the chicken are knotted and tight. Retailers commonly sell chicken meat with moderately wooden breasts, and according to stats, 5% to 10% of chickens sold in the U.S. have woody breast meat.

You can tell they have this problem when you eat a boneless piece of chicken (the breast part). It will be elastic and difficult to chew. Also, the fibers will be large and visible.

The suspected reasons for this issue are breeding problems because the chicken industry uses chemicals such as synthetic hormones and antibiotics to grow the chickens as large as possible.

What Can We Do About Woody Breast?

Restaurants tend to inspect the boneless breasts and check for this issue. If there are knots, the meat is pulled out from the line or processed to make chicken mince or sausages.

There is no way of knowing if the chicken has woody breast tissue unless you kill it, separate the bones, and portion the meat.

As a consumer, the only thing you can do is to mince the meat or use a meat mallet to break up some of the fibers and tenderize and flatten the breasts. You could also try marinading it to tenderize the meat a little.

How to Avoid Woody Breast Chicken?

If you want to avoid the woody breasts in chicken, it is suggested that you buy chicken from the farmers’ market. This is because free-range birds don’t have this issue since they aren’t mass-produced.

In addition, you could try buying smaller birds. For instance, you can buy a chicken that weighs around six to seven pounds and no bigger.

Try getting a different cut, such as the chicken thighs, because there is a lower chance of the meat being tough and having hard lumps in it. To be perfectly safe, we suggest sourcing organic chickens.

Sure, you may pay a higher price, but you will be guaranteed that the meat is free of chemicals and will have superior flavor and texture.

If you are concerned about the health threats posed by woody breast with chicken, it does not directly harm health. This is because the woody breast will only adversely impact the appearance and texture and will not impact the nutritional value or health standards.

In addition, this is because chicken manufacturers have in-depth inspection units that take out the chicken with bad nutritional issues.

That said, if you are buying mass-produced chicken, there is a risk that there are residual hormones and other chemicals in the meat. If this concerns you, it is best to buy organic poultry.

The bottom line is that you cannot do anything about woody breasts except avoid them by buying organic or small-sized chicken. As far as health is concerned, meat poses no health issues. 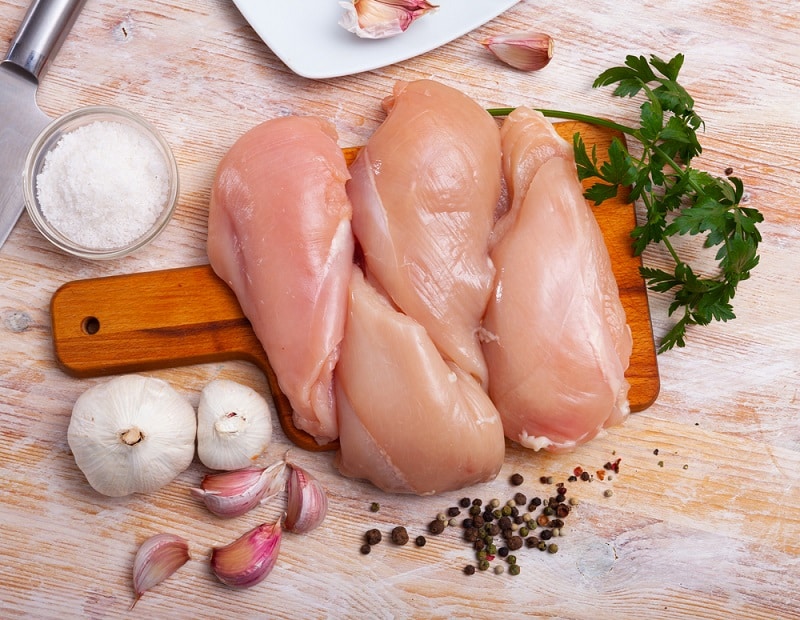