Chicken is the most widely used and consumed form of meat. The recipes like pizzas and pasta need boneless chicken chunks, but how do you convert bone-in chicken to boneless? You have come to the right place because we are sharing the for deboning the chicken and additional tips!

Convert Bone In Chicken To Boneless

To begin with, converting the bone-in chicken to boneless chicken is pretty easy and won’t take more than a few minutes. In the first step, you have to put the whole chicken piece in the chopper or cutting board. You have to hold the chicken piece firmly on the cutting board and cut it into two halves by making lengthwise cuts.

Keep in mind that you’ve to use a sharp knife for cutting the chicken pieces into halves. Once the chicken is cut into two halves, you have to pull away from the skin from the halves (you might have to make cuts for it, so don’t worry). Now that you’ve removed the skin, press the chicken pieces on the board and cut the connection between bone and chicken for complete removal.

Once you make the cuts between bone and chicken, you can cut the chicken into whichever shape you want. However, while cutting, it’s best to keep the blade of the knife parallel to the cutting board since it makes cutting easier for you. You can follow the same steps for cutting the other half of the chicken half. So, start cutting up!

In some cases, the bone-in chicken is preferred above boneless chicken (it depends on recipes). For instance, when you’ve to make chicken soup or chicken stock, you can simmer the chicken thighs (with bones, of course). Keeping the bone is important because it adds flavor. All in all, cooking time doesn’t matter with broths and stocks because your goal isn’t to cook chicken, right?

That being said, once the chicken is simmered, you can remove the meat and shred it as you like. Also, it will need more cooking. Keep in mind that when you shred the chicken, it won’t be fully cooked. So, just cook it some more. You can also mix the chicken with other ingredients of the broth or stock.

Since boneless and bone-in chicken have different cuts, temperatures, and densities, you have to use a meat thermometer to see if the chicken is cooked. It doesn’t matter if you are cooking boneless chicken or bone-in chicken; the internal temperature of cooked chicken should be 165-degrees Fahrenheit. However, if the bone-in chicken has skin on, it can be cooked for a longer time without losing the moisture. 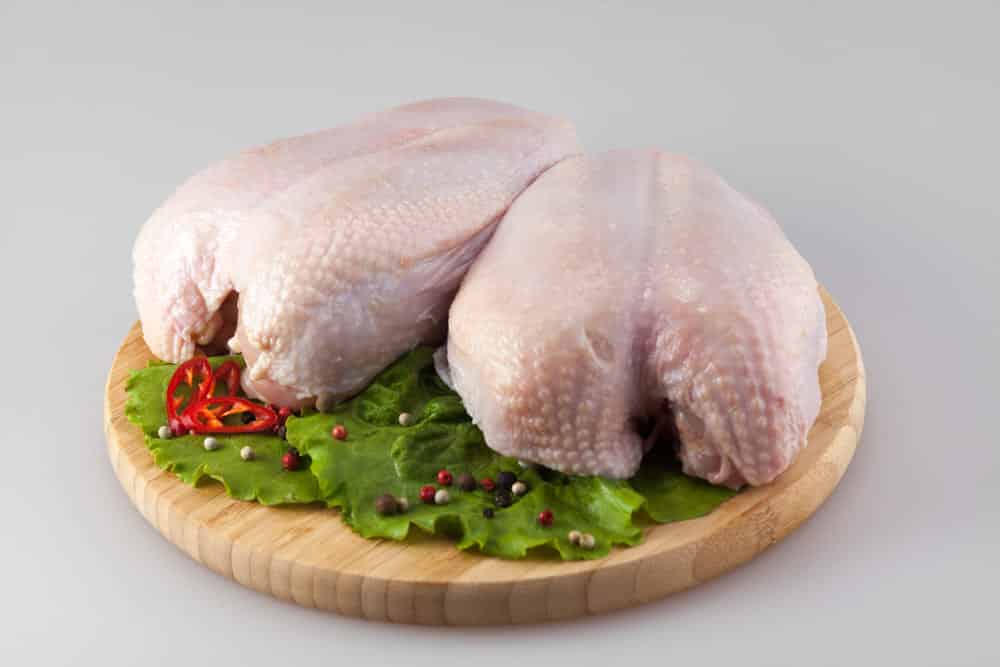