During the bitter winter cold, nothing has the ability to warm you up like a bowl of tasty and aromatic dried beans. Dried beans are not only cheaper and tastier than their canned counterparts, but they are also a lot easier to cook than most individuals assume. Cooked dried beans are healthier than canned ones and they also produce a more enhanced flavour and texture.

The skins on dried beans offer more resistance when boiled, which allows each spoonful of beans to have a chewy and tasty texture. Because canned beans do not have the same resistance, they tend to be mushy and bland. Sadly, a lot of home cooks do not know how to cook dried beans properly. But it is not their fault because there is a lot of confusing information out there that can make it difficult to add taste and flavour to dried beans.

How to Add Taste and Flavour to Dried Beans

There are many opinions that exist regarding how dried beans should be salted and flavoured. Some bean enthusiasts claim that adding salt before dried beans soften stops them from cooking through properly while some claim that it increases their cooking times. Others state that salt should be added right at the beginning so that the beans can be seasoned and flavoured fully. Regardless of the different dissenting opinions, one thing remains clear- that dried beans are tasteless and bland unless they are flavoured or salted correctly.

The secret to making the best dried beans that you have ever made lies in using a well-seasoned and well-flavoured broth as the base that will remove the blandness from the meal as your beans continue to cook. Your broth can either consist of either veggies or meat or a combination of both. To prepare tasty beans, you will need to first prepare broth that has been well flavoured and seasoned.

Whether you choose to use meat, veggies or both, fragrant herbs will also have to be featured as ingredients as well as aromatic veggie like cilantro peppers, leeks, garlic, parsnips, parsley, and so on. To make your broth even tastier and richer, you can also add smoked meat to the combination.

Choose smoked meats such as smoked turkey, smoked sausages, juicy leftover hambone, bacon ends, hamhocks or a combination that you think will produce the flavour that you want. Don’t just add plain water as your liquid of choice; there is an array of more flavourful liquids that can be mixed in with the water such as beer, wine, store-bought or home-made bone broth, wine and stock.

If you are using a pressure cooker, assemble all your veggies, meat and seasoning ingredients that you will use for the stock in the pressure cooker. Make sure that everything is covered in liquid but remember to leave about 2 inches of space. Use your cooking time chart for meat to figure out how long it will take the pressure cooker to cook the broth. Once depressurized, you will then be ready to prepare your pre-soaked dried beans.

There is a common myth and belief among many home cooks that dried beans should never be salted before cooking. However, recent studies reveal that a combination of salting and brining not only enhances the flavour of dried beans, but it also allows beans to cook more evenly and faster. The brining process should be done when pre-soaking the beans. Later on, a little salt should be added at the beginning to maintain the flavour.

This ideal combination of salt is important for helping to break apart the calcium and magnesium ions that help to make the outer skin of dried beans hard. The brining process makes the skin more permeable and softer so that you enjoy the chewy goodness of dried beans. Keep in mind that the toughness of your dried beans will depend on the type and quality of the bean that you are using as well as how long your beans have been sitting on the pantry.

Aromatics, herbs and spices will be instrumental in adding flavouring to your dried beans. Herbs such as oregano, thyme and marjoram, whether dried or fried, go well with dried beans. Pick herbs and spices as directed by your recipe or as per the flavour or cuisine that you are going for.

Create the combination that you are going to use in cheesecloth to make it easy to remove the inedible spices after the cooking process has been completed. For instance, spices such as cumin and chilli powder work extremely well for a Mexican style dried bean stew.

After your beans become tender, add acidic ingredients such as tomatoes, vinegar and lemon juice. Adding acidic ingredients to the beans before or during cooking causes the small opening found at the tip of the beans to contract, thereby making it harder for the beans to absorb water, expand and soften. These acidic products will also extend the cooking time significantly, which is something that you want to avoid if you are pressed for time.

Using oils and fats for your dried beans

If you are using a pressure cooker, you should always remember to add a tablespoon or two of vegetable oil of fat. When cooking, dried beans tend to froth up and foam, which will cause the skins to float to the surface. When this occurs, you risk clogging up your vent pipe or valve system, which should be avoided at all costs.

Alternatively, you can use fatty products such as bacon grease, ham, pork fat or butter. Flavoured oils such as olive oil and sesame oil can also be used to heighten the flavour of the dried beans.

If you want to make your dried beans broth thicker, richer and creamier, you can remove about 2 cups of beans and liquid once they have become tender to puree or mash finely. Once done, return the puree to the pot. Doing this will release the starch that will cause your dried beans stew to become creamier and thicker. 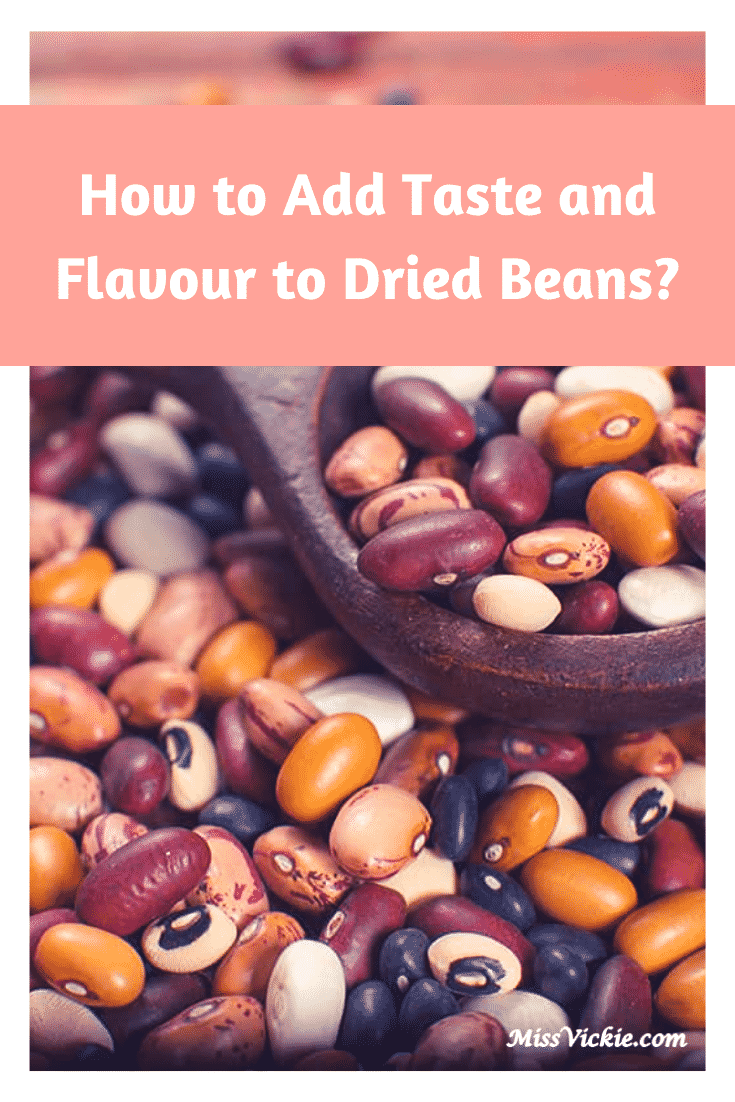