There’s no denying the fact that meat is an integral part of our diet (unless you are a vegetarian, of course). Studies reveal that humans have loved eating meat throughout history, and they just can’t get enough of it.

Seriously, the mere aroma of roasted meat is enough to water your mouth.

With that out of the way, people who like meat are incredibly particular about the meat type and cut, and filet mignon is just one stellar cut that we all love. 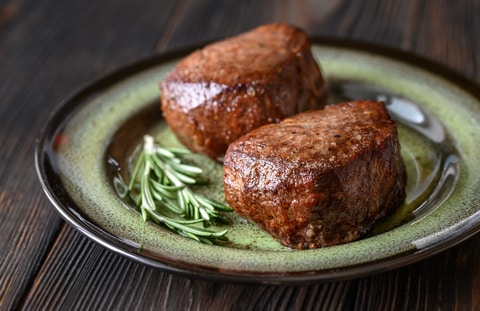 However, this meat cut is costly, and only those with their pockets deep enough can afford to savor it regularly, which is why you may need to have a look at some of the yummy filet mignon substitutes!

Filet mignon is the delicate and tender cut that is cut out from the tenderloin’s smaller end. This term is also used for naming the pork tenderloin. To illustrate, filet mignon runs along the spine’s both sides and is cut out in the form of two long cuts.

Some meat shops also sell filet mignon in complete form. For the most part, it can be presented in round cuts that are taken out from the thinner end of the tenderloin’s piece.

Filet mignon is lean, and the tenderest cut out there, and the flavor is pretty mild compared to other cuts. It can be wrapped in bacon, and you can even garnish it with sauce.

As far as the price is concerned, it’s expensive because the filet mignon is available in smaller quantities in every animal (if you want more filet mignon, the butcher will have to cut a whole new animal for you!). 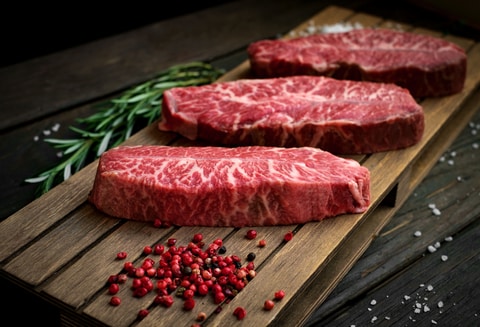 This is the first substitute for filet mignon, and it’s cut out from the most exercised area of the animal, such as the chuck-top and shoulder. Some people confuse it with the flat iron steak since it has the same muscle.

This is why it can get chewy sometimes in case you overcook it. This cut doesn’t have a bone and has the supreme flavor, but you might need to order top blade roast on demand (it’s not readily available at butchers’ shops).

However, it would be best to keep in mind that the top blade roast has the gristle line running horizontally across the meat, but you can cut it out or trim it.

While everyone loves eating perfectly-cooked top blade roast, be mindful that it could easily be ruined if you don’t cook it carefully. An instant-read thermometer may come in handy since it could turn into a rubber if not cooked skillfully. Top sirloin roast will be a great choice if you are looking for a medium-priced roast. It won’t break your bank, and your guests would undoubtedly enjoy the meal.

However, it has to be cooked appropriately, and it requires a lot of skill and attention. While a well-cooked top sirloin roast is delicious and tender, the poorly-cooked one could be quite tough and dry.

The top sirloin roast is cut out from the hip next to the loin. For the most part, this cut is used for making steaks. In the case of roast, the central cut is famous as chateaubriand (yes, the American one).

It is enriched with flavors, and the structure is boneless. Also, if you want top sirloin roast, you can ask the butcher to cut it out, especially for you.

Adding garlic cloves to the top sirloin roast could be a great idea since it adds to its flavor. If you like garlic’s flavor, take garlic cloves and press them into the slots of the meat. 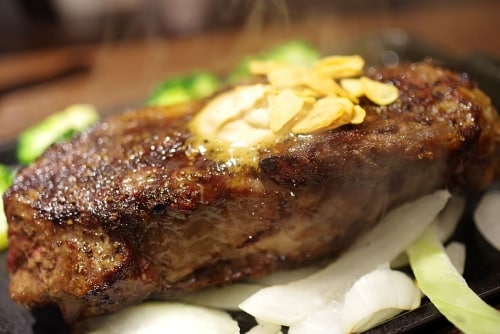 You don’t have to overdo it; only a couple of cloves are enough to add a flavor right through the entire roast.

Cooking the top sirloin roast is quite convenient since you can cook it in the oven. Be mindful to tie it up using the butcher twine before putting it into the oven. Also, put it in the roasting pan in such a way that its fat side stays up. It has a rim of fat all along, which you need to trim out before you cook the meat. Not to forget, rib roast is a huge meat cut, and you can easily feed your entire family with it.

If you had kept the rib roast in a refrigerator, give it enough time, so it softens a bit. It’s recommended to keep it at room temperature for at least two hours before cooking it.

However, bear in mind that this time could vary depending on the size of the rib roast. Furthermore, choose a roasting pan that has sides at least 3 inches deep.

To begin with, strip loin roast is generally called top loin. When it comes down to the appearance, this is the boneless roast that’s available between the sirloin and the rib (it’s cut out in the whole form). 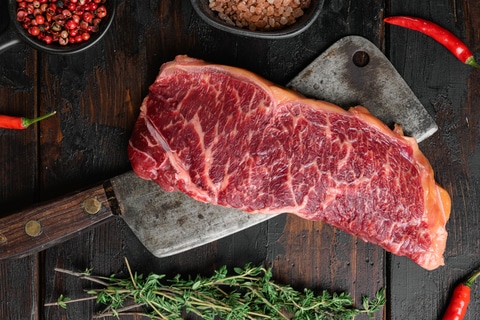 This is the same cut used for cutting out steaks and is called New York steak). Strip loin roast is available in boneless and bone-in options, but both of them have the rounded shape, so it’s cooked evenly, and you can even feed it a large chunk of people (host a family dinner, maybe?). 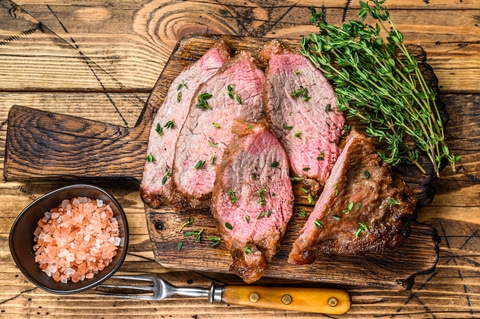 You might know it as knuckle since it’s a famous name and is available between round sections and sirloins. For the most part, this meat cut is tender, but the cut is small, so this roast is only good for a small friends’ hangout.

However, you need to keep in mind that it can dry up, which means it must be cooked at a low temperature, and there won’t be any impact on tenderness and juiciness.

6. Eye Of Round Roast This meat cut is cut out from the supportive muscle of the upper leg and is known as the long cut. It has a tapered shape and looks more like a tenderloin.

However, the eye of round roast has a mild flavor and lean texture. You can cook a roast meal by seasoning and cooking it at medium-rare temperature. Also, it can be served with roasted veggies and sauce (use thin slices, by the way).