Sirloin is a type of cut. The term sirloin itself is usually used to refer to the cut of beef taken from the middle and upper part of a cow’s center.

As one of the most underrated cuts of beef according to most chefs’ opinions, we suggest that everyone gives sirloin a try at least once.

Yet, tasty tri-tip from just below this region is even more flavorful, just harder to cook. It’s another must-try for anyone who enjoys a good steak.

When in the market for a new tasty cut of steak, customers often find themselves confused between sirloin tip vs. tri-tip. While many mistakes these two to be similar, this isn’t actually the case at all

Our comparison of these two popular cuts has everything that you need to know coming up.

The next time you’re hunting down a tasty steak without having the budget to splash out, give sirloin tip or tri-tip a try. They’ll both surprise you, but you’ll need to try out both types to know which is the perfect taste for what you feel like preparing.

Our breakdown of sirloin tip vs. tri-tip will help get your decision-making started. 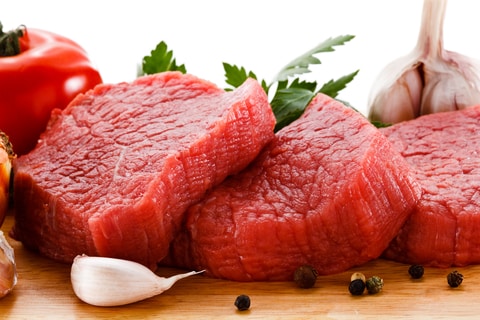 Affordable enough to use as an ingredient in other meals such as hearty stews and slivered for sandwiches but tasty enough to enjoy grilled to perfection, sirloin tip is a top choice for many.

Let’s take a closer look at what makes it such a popular cut of steak.

The first and most important difference that one needs to know about both these different cuts of the sirloin is exactly where they’re located. While both are a part of the sirloin, they are actually completely different from each other due to their location.

The sirloin tip, as its name implies, is the very tip of the sirloin itself, extracted from a region known as the round primal.

This obviously means that it is from the top half of the sirloin, which is quite different from the bottom half where the tri-tip comes from.

The key difference between both of these, which greatly separates the way they taste, is the difference in fat and marbling. The sirloin tip has barely any fat at all.

This results in a steak that isn’t too flavourful and complexity/depth of flavor that’s far simpler but delicious nonetheless. If prepared correctly and not overcooked, the sirloin tip can be made into one of the best types of steaks out there. 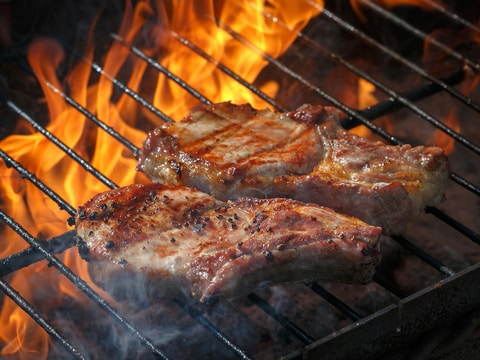 Sirloin tip has medium degree tenderness. This means that it isn’t as tri-tip and other cuts but still remains juicy and soft when cooked properly. Expect a degree of chewiness without toughness or dryness.

When shopping for sirloin tip, look for steaks that range between 1 1/2 and 2-inches thick. Never opt for a sirloin tip that is thinner than 1 1/2 inches, whereas thicker steaks can be tricky to cook properly. 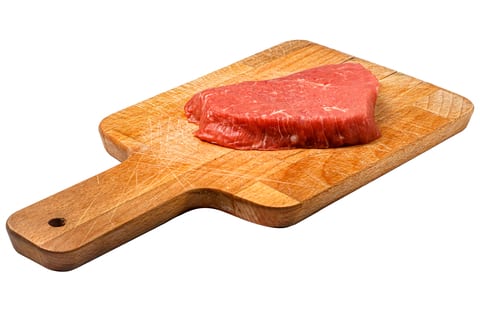 Sirloin tip is cheaper than tri-tip. It places as a steak of midrange affordability. You’ll find the flavor and quality to be better than chuck but not quite the caliber of tri-tip despite tri-tip needing more expertise and careful attention to prepare properly.

Top sirloin steak retails for an average of $6 to $7 per pound, with most steaks weighing between 1.15 and 2.5 pounds.

If you’re not going to eat sirloin steak as is, prepare it for use in salads, sandwiches, tacos, and for use as a topping in other combinations.

This particular cut is also an excellent option for cubed steak and cubed steak dishes like stews and beef skewers. When softened with a marinade, the chewiness is barely detectable, instead, turning into melt-in-your-mouth softness.

Tri-tip is a steak that’s made for grilling. If you can prepare it over open coals, all the better. With just the right balance of fat and tenderness, this cheap cut blows one away with its immense, rich flavor time and time again. 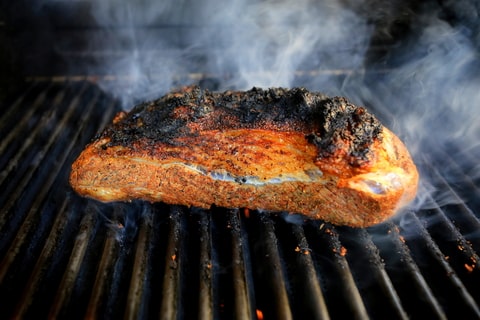 Here’s a closer look at the characteristics to expect from the great budget cut.

It is so low positioned in the sirloin region that it also consists of thigh muscles, specifically the tensor fasciae latae. This itself adds to the marbling, texture, and taste.

The tri-tip has a relatively higher amount of fat as compared to the sirloin tip. It is also much more diverse in terms of flavor. 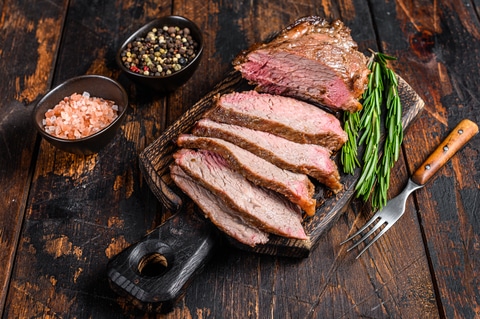 Its flavor is unique and savory, carrying immense meatiness and rich sweet quality to the meat, which is exactly why a lot of people love tri-tip steaks and prefer them over others.

There’s a noticeably buttery quality to tri-tip and beefy flavor that’s roasty and bold by the time your steak is perfectly cooked.

Both of these cuts are not quite that different from one another in terms of texture, but the difference is still noticeable enough. Both of them are tender enough to be enjoyable when prepared as a standalone steak grilled, fried, or roasted. 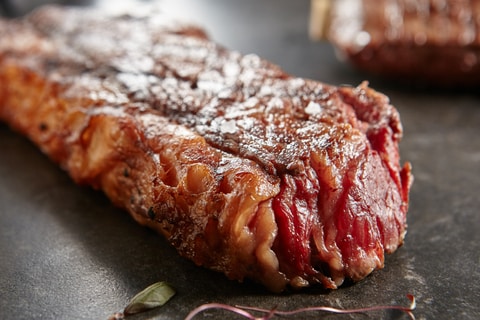 The tri-tip, however, has far better marbling with evenly dispersed flecks of fat-forming flavor and the slightest degree of chewiness that cooks buttery soft while releasing rich flavor.

One finds that single tri-tip has a range of different textures. It begins thick from the middle section of the steak and tapers off thinner towards the sides.

As a result, a mixed texture and mouthfeel are received and enjoyed by almost all who sample this delectable cut. 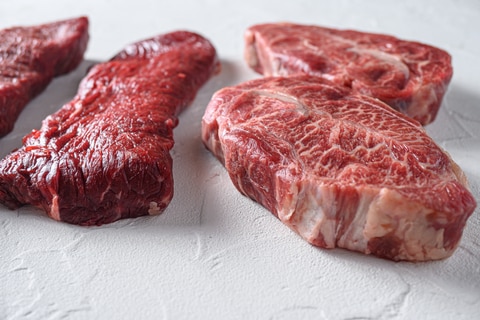 The perfect tri-tip steak should measure between ¾ of an inch to 1 inch thick. Never go much thicker than 1 ¼ inch. You’re ideally looking for a thin but substantial steak with a healthy degree of fattiness reflected by prominent marbling.

At roughly half the price of a standard ribeye, tri-tip is a highly affordable cut. Many believe it to be the tastiest cheap cut available.

Prices for beef tri-tip roast average around $6.50 to $8 per pound, with the average steak weighing anywhere between 1.5 to 2.5 pounds or more. 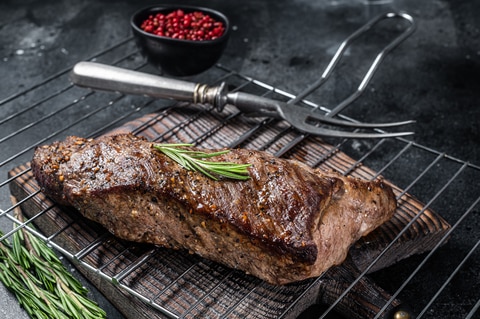 Grilling is the ideal method of preparation recommended for tri-tip. Serve at the degree of doneness preferred with any choice of classic sides.

Smoked tri-tip is another delicacy that comes out great. Many enjoy marinating this classic cut in red wine vinegar, as is found in the ever-popular Santa Maria tri-tip recipe combining the meaty flavor with rosemary and mustard.

Which Is Better Between Sirloin Tip Vs. Tri-Tip?

There are lots of differences between these two cuts, but none quite elevates either steak above the other. Deciding which is better between sirloin tip vs. tri-tip is almost impossible, and it usually just comes down to personal preference.

That’s why we’ve made the comparison given above to help people such as yourself find out which one they prefer gauging by the basic and most important features. 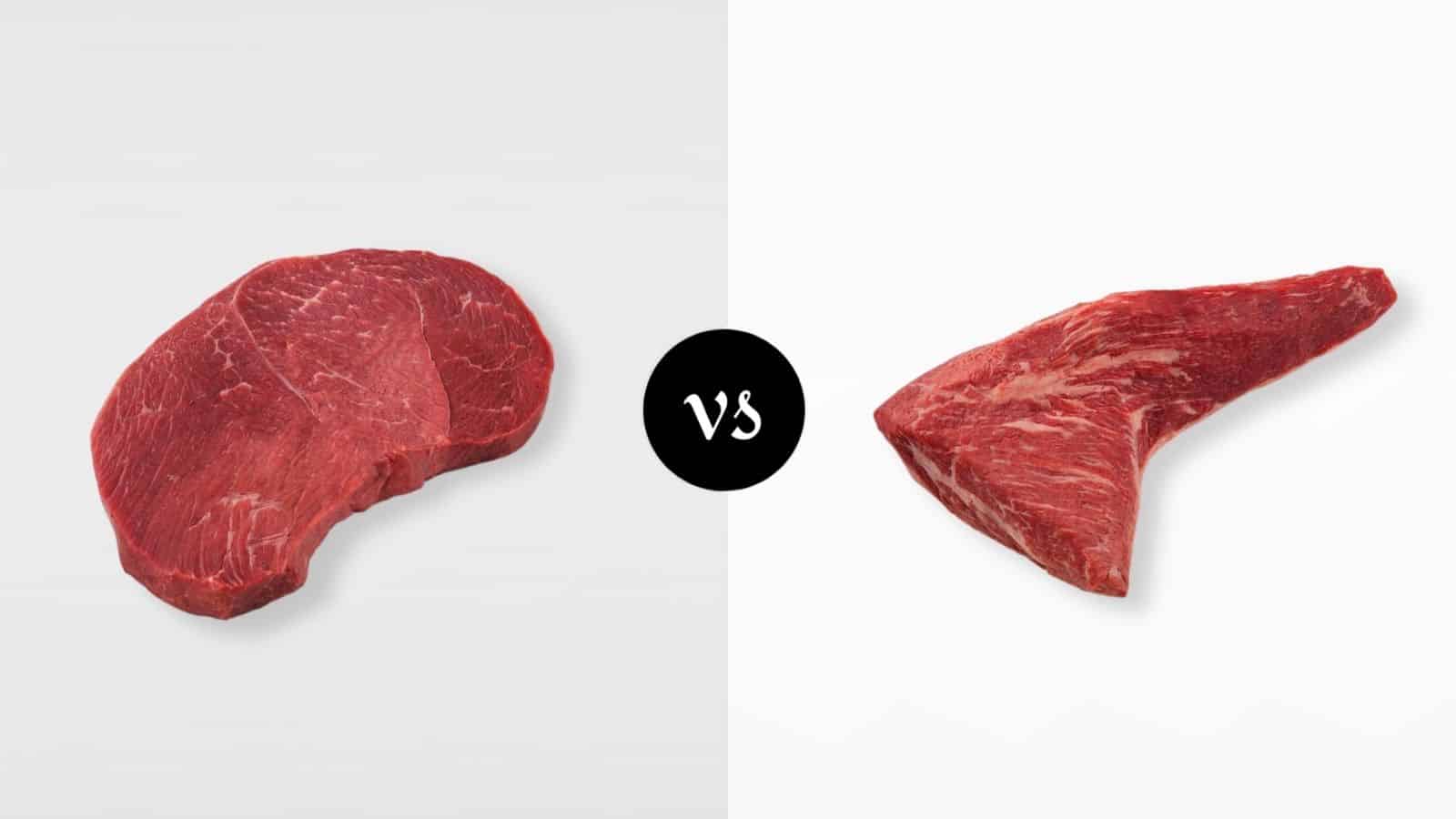