Can You Put Frozen Meat In A Pressure Cooker?

Pressure cookers are widely known as a great way to cook stew or roast, and you might be wondering if you can plop in your roast right out of the freezer. Well, hold on a minute. Although there are some types of frozen meat you can stick right into your pressure cooker, it won’t work with all frozen meats. Below, we’ll take you through situations when it’s okay, and when it’s not, and we’ll tell you why.

What happens when you put frozen meat in a pressure cooker?

A pressure cooker works by raising the temperature inside a closed container well above the boiling point of water, thus creating superheated steam, which in turn creates pressure. The pressure and heat inside the container then cook the food from the outside-in. To create the superheated steam, everything inside the pressure cooker has to reach the boiling temperature of water, 212°F / 100°C. If there are colder ingredients in the cooker, they will pull the heat from the surrounding ingredients until they have all reached the same temperature. It means that frozen meat will lengthen the time required for the cooker to reach the appropriate temperature and pressure. To compensate, you’ll need to cook for anywhere from 50% to 100% more time than the recipe calls for.

What frozen meats can you cook in your pressure cooker?

The real enemy of cooking frozen meats in a pressure cooker is added time. Therefore, frozen ingredients that will thaw quickly in the cooker are going to be okay. That includes small cuts of meat and poultry or frozen vegetables. These small pieces will thaw fairly quickly and won’t add significantly to the time required to cook the recipe, meaning the resulting meal will basically be the same as if you’d used thawed meat. Remember, even with small pieces of frozen meat, the time required to cook will need to be extended to ensure that the meat is cooked all the way through.

What frozen meats shouldn’t go in your pressure cooker?

Anything larger and thicker will take longer to thaw, extending the time cooking and resulting in a meal that doesn’t taste very good. First off, if you add a big frozen roast to your pressure cooker, that will extend the cooking time by a significant amount, and a big portion of that time will be spent without the pressure or heat necessary to cook the food properly.

Secondly, because pressure cookers cook from the outside-in, by the time that frozen meat is thoroughly thawed and cooked, the outside will be much more tender while the inside will be far less cooked. Plus, even with extended cooking time, you run the risk of undercooking the meat, leaving the door open for bacteria that cause food poisoning.

Although you can cook small pieces of frozen meat in your pressure cooker, the best thing to do is simply to thaw frozen meat before cooking. You’ll find that the recipe doesn’t take as long to cook and tastes much better, and after all, isn’t that what pressure cooking is all about? 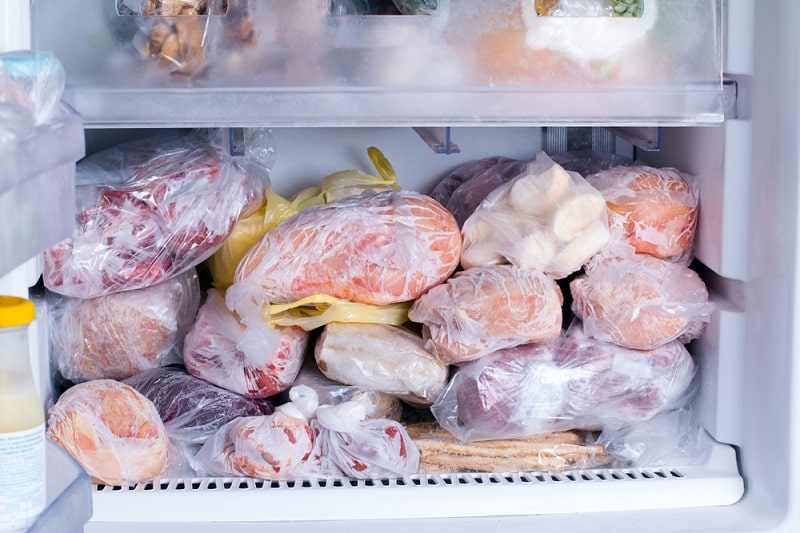