Instant Pots are great by virtually all standards. They are versatile and incredibly useful at the same time, which is why they’re starting to become more popular than regular pressure cookers across the globe.

Despite the high price tag they carry, most people don’t mind buying the Instant Pot mainly because of its durable construction and the fact that it is a lot more than just a pressure cooker.

The Instant Pot is essentially a multicooker that was released just over a decade ago and has quickly become an incredibly popular choice for people who like to make their own food.

However, their convenient and easy use doesn’t mean that Instant Pots are perfect. There are many problems that one could face while using their Pot.

For example, one of the most common problems associated with Instant Pots is the leakage of steam.

As it is a pressure cooker by design, steam plays an important role in maintaining the temperature within the cooker itself. If the steam is leaking, it could prevent the pressure cooker from working properly.

Why Does My Instant Pot Release Steam While Cooking?

The answer to this question is different for everyone due to the fact that the leakage of steam can be caused by a number of different things.

You should also know that a small amount of steam leaking from the pot is normal.

This means that you have nothing to worry about unless there’s steam leaking from the pot during the pressure-cooking step.

This could be caused due to a number of different issues, the most important of which is associated with the main functionality of the pressure cooker.

Before we get started, you might want to make sure that the pressure cooker has been tightly sealed and the lid has been firmly closed down. Check to ensure that the clasp is firmly in place.

But there is a chance that despite doing everything right, there’s still steam leaking from the Instant Pot.

If that’s the case, take a look at the guide below in order to learn about some of the different causes and solutions for the issue. 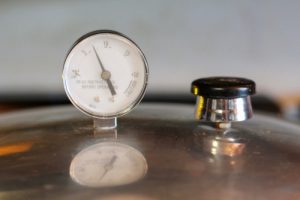 The main reason behind an Instant Pot leaking steam during the pressure-cooking stage is that the valve needs to be adjusted properly. You should take your pot’s valve out and place it in properly.

It is also recommended that you clean the valve properly whenever you decide to take it out. If the position of the valve was the problem, doing this will ensure that the pot won’t leak steam again.

You should keep cleaning and readjusting your Instant Pot’s valve regularly even if there isn’t any steam leaking. This ensures that your valve won’t get damaged and become faulty.

With the passage of time, dirt and grime is going to build up around the valve. There are tiny gaps and nooks where dirt and grime could get stuck inside.

You might want to consider using a toothpick or something tiny in order to get the grime out before you place the valve in.

If you don’t clean it properly before inserting the valve back in, it will never sit properly. There will be a tiny gap all the time that could cause steam to leak out.

With the passage of time, this could have a negative impact on the performance of your Instant Pot as well. 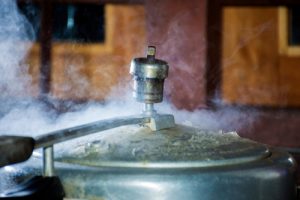 Speaking of your valve getting damaged, it is possible that you need to replace your Instant Pot’s valve entirely.

If this is the case, you should be able to find a replacement for your Instant Pot’s valve online or in specific stores. Whichever option you prefer is entirely up to you.

Valves tend to become faulty after a while which is why you’ll have to buy one after every few months.

Thankfully, the company offers extensive support options, so you can easily buy a replacement valve with ease.

The Instant Pot is such a big hit amongst aficionados that finding a replacement is not going to be a problem.

If you can’t find a viable replacement in your local store, you can always check online on sales platforms like eBay in order to find what you need with ease.

Just make sure to double check the make and model number of your Instant Pot, because you really don’t want to buy a valve that fits on another Instant Pot! 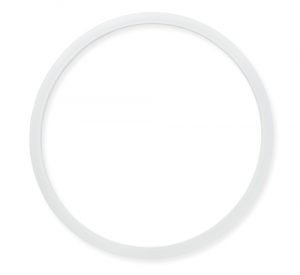 Fortunately, it is also relatively easy to fix. You can simply fix the issue by properly seating the sealing ring and checking to confirm that there isn’t any steam leaking from the sides.

The sealing ring also enlarges when it is exposed to excessive amounts of heat time and time again. This isn’t a huge problem as simply leaving the gasket to cool is enough for it to revert to its original state.

Try to place the sealing ring in a cool place and seat it on your Instant Pot again. This should be enough for it to sit properly on the pot once again. 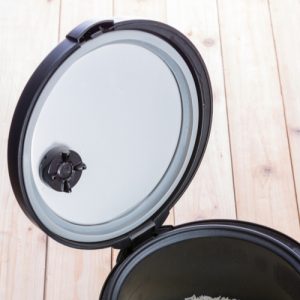 Again, it’s important to understand that the Instant Pot is a pretty reliable appliance, so in nine out of ten situations, the leaking steam is not going to pose much of a problem.

However, if you have tried all of the methods that are given on the list above and none of them are able to do the trick, it might be a wise idea to take it to an expert for repairs.

They can check it for you and then give you a clearer picture about what’s wrong with the appliance in the first place.

In certain situations, the improper adhesion of the sealing ring could be a problem. Take it to an expert and let them fix it for you.

These guys have lots of experience in dealing with Instant Pots, and will ensure that your appliance is ready for use again. 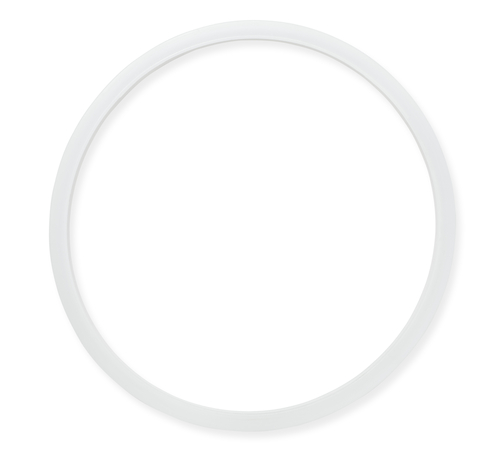