Gluten-free cooking is a must these days. It’s the healthier alternative regardless of whether you show signs of gluten intolerance.

However, if you have celiac disease or are gluten-sensitive, this doesn’t mean you need to avoid your favorite baked goods.

Instead, manage the type of flour you use and keep a check on your gluten intake.

We’ll be showing you the difference between wheat starch vs wheat flour so that you know exactly how to substitute when baking your favorite goods.

What is Wheat Starch?

Each is best suited to a particular flavor profile and baking style, but starch and flour always have the same core differences.

To understand the difference between wheat starch and wheat flour, we first need to look at what starch and flour are.

Most of us are familiar with standard varieties of starch, such as cornstarch and potato starch.

The simple carbohydrate starch is produced by crushing wheat, another grain, or alternative substances.

Once crushed, starch undergoes immense processing to strip away the rest of the wheat, grain, or other production elements.

Once the starch is ready for sale, it has severely diminished nutritional value losing almost all its nutrition.

Wheat starch is extracted from the endosperm of regular wheat grain. Approximately three-quarters of the U.S. grain products are made from wheat.

Wheat starch is added to water and then extracted using an evaporating processor to purify the compound, leaving pure starch. Once processed, pure wheat starch is extremely fine and powdery.

All of the proteins once present in wheat are removed by the time pure starch is extracted. This makes the wheat starch gluten-free.

What is Wheat Flour?

Wheat flour is the most common type of flour that is used in almost every household. It is made by grinding up different parts of the wheat grain.

The wheat grain consists of three main parts. Firstly, we have the endosperm, which is the protein-rich, starchy tissue produced on the inside of the wheat seed itself during flowering.

Next, is the wheat germ or embryo of the seed, which is high in fat, vitamins, and protein. Thirdly, wheat grain has wheat bran which is the high-fiber outer layer of the wheat kernels.

Each part of wheat is separated and processed independently to make different types of flour. Flour is not naturally white.

Instead, it resembles yellow with a brown coloring coming from the bran and wheat germ.

Refined white flour gets its color from bleaching or oxidizing chemicals. It is naturally off-white and closer to yellow.

Wheat is classified according to several characteristics, including the season it was grown in classifying according to spring or winter harvest, color, the texture and hardness of the grain, and its protein content.

Protein content largely determines the flour type because of its direct relation to gluten production while baking.

Now that you understand the basic components of both wheat starch and wheat flour, here’s a comparison of the main differences.

Starch extracted from wheat works wonderfully as a thickener and stabilizing agent in countless types of food found worldwide.

The word starch originates from a term that means ‘to thicken,’ but certain baked goods are possible. Wheat starch is also converted into syrups, sweeteners, dextrose, fructose, and maltodextrins.

Wheat starch is extracted from the wheat plant’s endosperm utilizing a wet milling process whereby the non-starch components are evaporated.

By the time the separation process is complete, wheat starch is left with 98% carbohydrates and under half a percentage point of the protein.

The fractional concentration of protein and lipids left give starch its pasty viscosity and texture as a thickener.

The minimal protein left in wheat starch is not enough to spur significant gluten formation. Only trace elements of gluten are left, which are only detectable in laboratory tests and can not trigger gluten sensitivities. 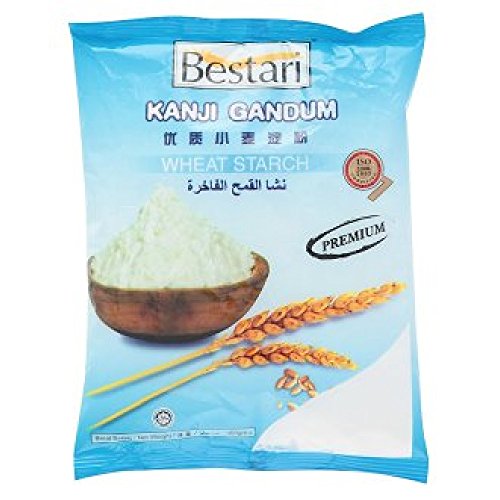 Processing wheat into starch is far more time-consuming and labor-intensive than flour, making it much higher priced than wheat flour at the same volume.

Wheat starch is ideal for making airy, fluffy bread, but it does not have flour’s glutinous properties. This makes it unsuitable for most other types of baking.

However, starch is a more effective thickening agent than flour and far more versatile as a component of other processed goods.

Most of the wheat volume is refined into flour, either ‘soft’ or ‘hard,’ referring to a low or high gluten content consecutively.

Flour consists of starch built from chains of carbohydrates and gluten, which is protein. Most of the wheat germ and endosperm are milled away before the endosperm is ground up to create flour.

Brown wheat flour is ground with a high volume of wheat germ instead of processing the grain.

At 16 grams a cup, wheat bread flour is the highest in protein. All-purpose flour contains around 13 grams, trailing not far behind.

The higher the protein concentration, the gluten formation, which is the only drawback to baking wheat flour.

Wheat flour is high in glutenin and gliadin, the two types of gluten. Gluten is also what gives dough its stretchy consistency and chewiness, making it suitable for baking bread.

White flour can contain up to 14% gluten, triggering severe sensitivity issues in sufferers like celiac disease.

Wheat flour branches into many different markets but is very affordable in general. 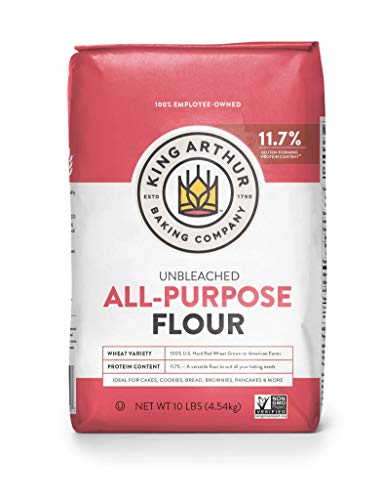 Overall, wheat flour is best for baking—the dough’s elastic-like consistency and how the gluten molecules harden give bread its shape and texture.

Various types of wheat flour are excellent for doughs, pastry, pie crusts, biscuits, and as a thickener. Bread is typically chewy instead of light and fluffy.

What can be concluded when wheat starch vs wheat flour?

It’s best to familiarise yourself with multiple types of wheat flour to know how well each works for every baking style. Wheat starch is very similar regardless of which you buy or where you obtain it.

Hopefully, our blog helped you understand the difference between wheat starch and wheat flour. What’s your favorite recipe, and how do you use each best?

We encourage you to share your findings in the comments below. 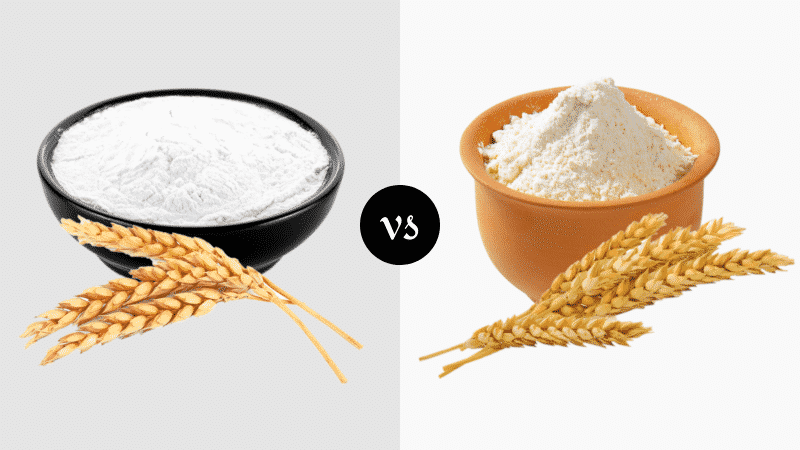