If you’re grossed out by the whole idea of cooking and eating pigs’ feet, it may help you to refer to them by their vaguer culinary names such as “trotters” or “pettitoes”.

It may surprise you to know that trotters are a delicacy in many parts of the world. In Puerto Rico, for instance, they are served in a tomato-based stew with added chickpeas and potatoes.

Marco Pierre White, the famous chef, has served them in his restaurants for many years. There’s even a restaurant in New York where 85% of the dishes served contain trotters in one form or another.

Since the financial crisis of the late 2000s, pigs’ trotters have become extremely popular in the UK, perhaps because they are a cheap cut of meat.

In Norway, the feet are salted, boiled, and served as a pre-Christmas dish. This is because traditionally, a pig was slaughtered for Christmas dinner and none of the parts were wasted.

It may surprise you to learn that eating pettitoes comes with several health benefits. They contain an abundance of collagen which is responsible for maintaining healthy skin, relieving joint pain, and helping with muscle building.

The trotters also contain protein and relatively small amounts of fat. They contain valuable micronutrients found in other cuts of pork such as phosphorus, zinc, vitamin B12, and iron.

Trotters can be used in stocks and sauces for flavor and thickening. This is because of the high amounts of gelatin in the skin and bones. Many of the tastiest recipes call for cooking the trotters in a sweet, spicy, rich sauce. 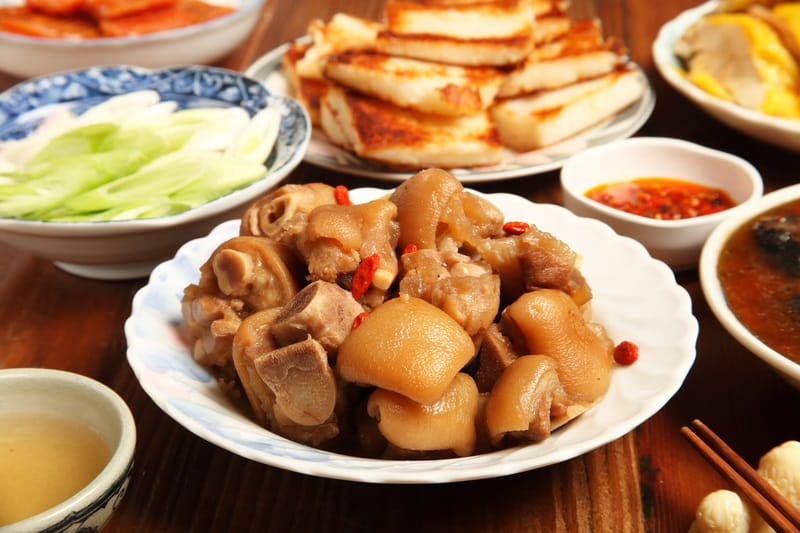 To get back to the original question – generally, pig trotters have a mild, rich flavor that’s not much different from other cuts of pork.

They take on the flavor of whatever sauce they’re in so if they’ve been braised in a sweet and sour Asian-style sauce, they will taste like that – rich and sweet/umami/sour.

If the fat and skin have been crisped, they will have the crispy crunchy flavor of pork crackling. If done in a stew, the sauce will be extremely smooth and rich, and the meat soft, almost gelatinous.

If the trotters have been pickled in a vinegar/ brine solution, they will of course be salty and vinegary in taste.

Ready to Give Them a Try?

Perhaps you’d like to have a go at making a pigs’ trotters dish at home. We suggest starting with a Chinese recipe with a sweet and sour flavored sauce. These are flavors everyone loves and the recipe below is a good introduction to this cut of meat. See below for instructions. We hope you enjoy it! 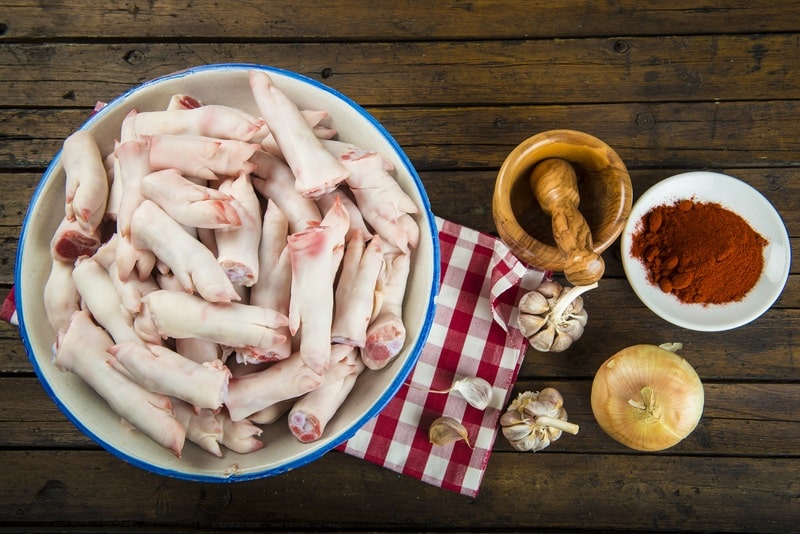 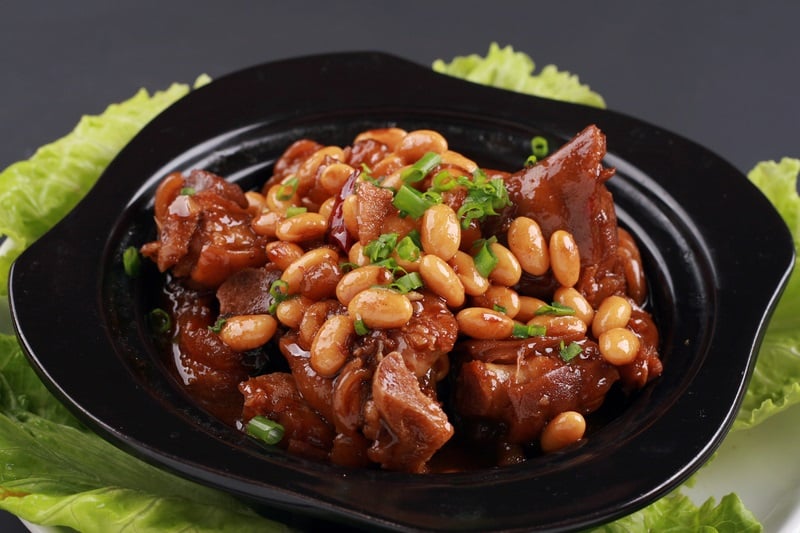 1. In a big saucepan, bring the water to a boil. Cook the trotters for 5 minutes.

2. Drain and rinse under running water. This can remove any strange flavors and impurities.

4. Drain the stock and keep it for another use such as soup or for making brawn.

5. Heat a tablespoon of oil in a wok, add the sugar, and fry until large bubbles form. Keep stirring.

7. In another wok, fry the ginger slices and other spices for a few minutes until they give off a wonderful aroma.

8. Put in the trotters and add enough cooking liquid to almost cover them. Pour the sugar coloring over plus the soy sauce. Cook over a high flame with the lid off until the sauce is well reduced.

9. Serve hot on white rice and sprinkle with some chopped green onion. 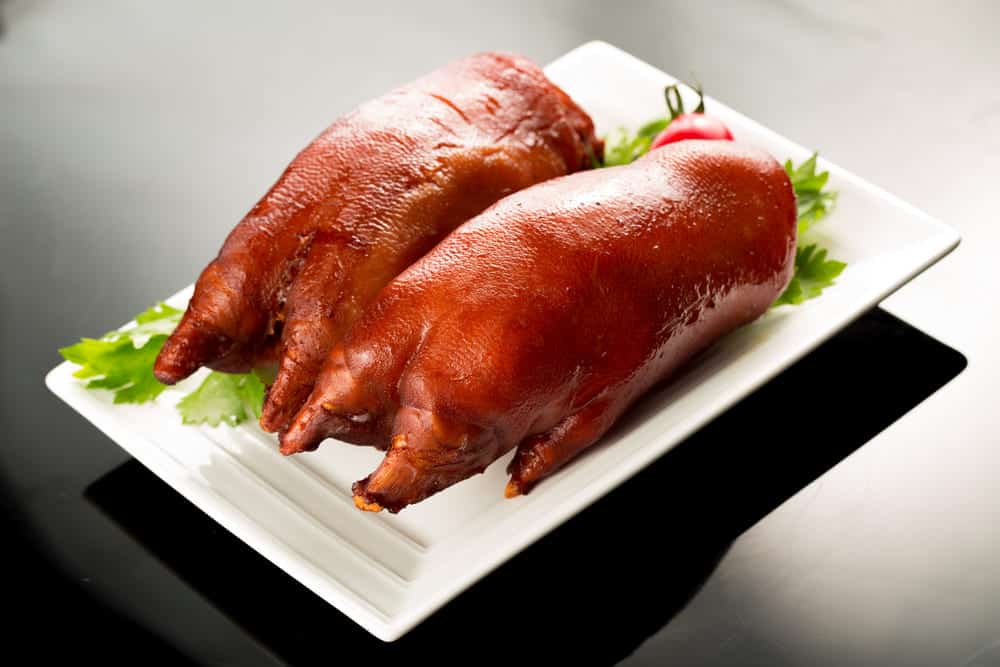