Cooking In A Slow Cooker: Adding Too Much or Without Liquid

Over the course of time, the cooking trends have changed, given the launch of high-end kitchenware and cooking equipment. These new kitchen equipment are designed to streamline the user experience. This is the prime reason that slow cookers have been designed for people who cannot stand by the stove all the time. With this being said, you need to be extremely careful with the slow cookers. Similarly, it is suggested to conduct cooking in a slow cooker without liquid. So, in this article, we are sharing all about using liquid in the slow cooker!

Adding Too Much Liquid

Well, adding too much liquid to the slow cooker is the biggest mistake that you can make. This is because slow cookers are designed to retain the food moisture, which means adding too much water is going to cause a bland taste. Some people make the incapable slow cooker recipes which have different water amount.

With this being said, you need to optimize the amount of liquid or water that suffices to the slow cooker. While cooking in a slow cooker, you need to start off with low water quantity because you can always add some on top, if the food seems to be dry. The best thing about slow cookers is that you don’t need extra water in regular recipes.

This is to say because you cannot use water in a slow cooker unless you are cooking stew or soup. The liquid is a very sensitive part of slow cookers because slow cookers are designed with the least evaporation rate. As for recipes other than stews and soups, don’t use too much liquid. We are talking about poultry, veggies, and meat because they leave moisture as well.

This moisture from the food items will be drawn into the crockpot. So, it is suggested that you use less than the required water content in the recipe. All in all, it’s advised to let the ingredients provide moisture. On the contrary, even if you add extra liquid, it will not impact the slow cooker, and the maximum impact will be a change in the flavor and texture of the dish.

If you are using a slow cooker, you need to reduce the amount of liquid because they are usually designed with a tightly sealed lid. This configuration promises the least evaporation. The standard amount of water reduction in regular recipes should be around three times. For instance, if the stove cooking recipe demanded three cups of water, use one cup of water in a slow cooker.

In addition, the water amount should only be covering the food ingredients because over-filling the slow cooker can impact the texture and aroma. The water amount should be reduced to half to two-thirds in the same vein but never go overboard than three-quarters. When you are cooking veggies or meat in a slow cooker, it will give off moisture too, so keep that in mind.

In addition to water, if you are making some recipe that needs wine or other booze, keep the amount moderate. This is because alcohol must evaporate to optimize the captivating taste. 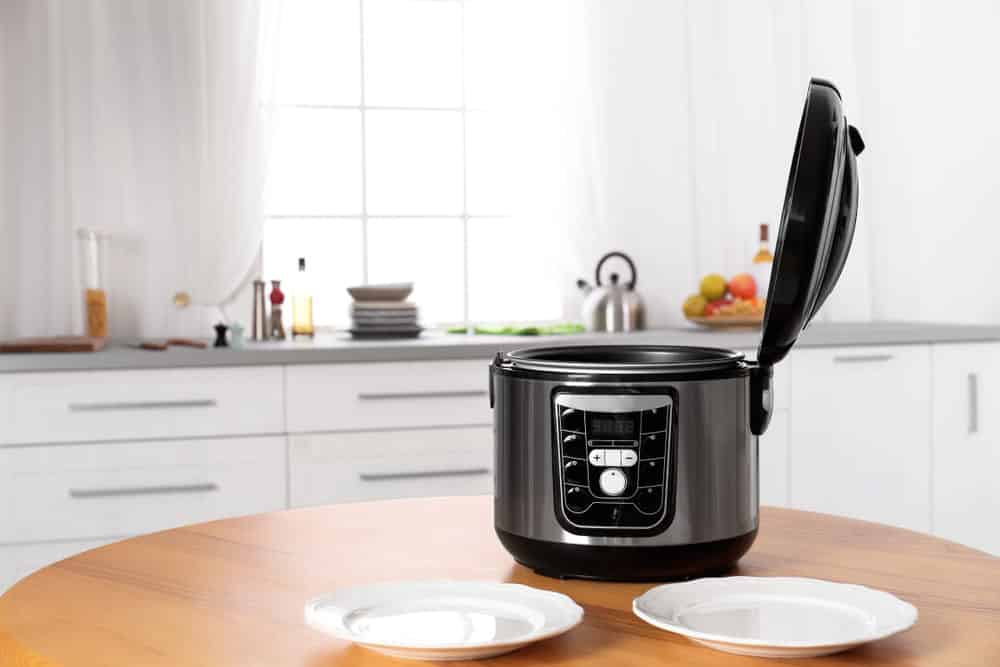